MUSIC
with Al Likilla
Home Defence UK
A Symptom of a Greater Malaise
The Finest New Pop Songs to Stream!
ALL MUSIC:
For literally hours now, HDUK has been trawling through the web’s finest shared songs with the aim of recommending the hot sounds in pop, electronica or ironic death metal by those bands and singers to watch. These are the up and coming acts you need to pay attention to – they will make you feel happy and connected. Get involved in the digital format, or via limited edition coloured vinyl for the easily-led hipster (a format that’s also ideal if you don’t own any kind of smart device or tablet (and in which case, how on earth are you reading this? Don’t you own a TV either? No? Then you’re a big, pretentious fool)). Whatever. Here are my favourite songs from May 2014. Get on it! 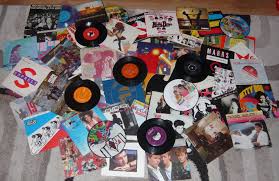 Came Up Thru Mumblecore – The Dave Fariewin Beef Explosion

contains none of his patented whiteboy Arabian trance (only ever big in Deptford bedsits, heritage rock mags

and, erm, Arabia, to be fair). Here Dave instead focusses on synth-heavy synth-pop, embedded within a kind of
obnoxious baggy revivialism. While Fariewin’s songs have always been renowned for their ‘edgy’ subject matter (the working class
habitat, in-pub glassings, getting caught short on a rollercoaster) CUTM broadens his lyrical range to moving effect by drawing
metaphorical parallels between the burgeoning career of actress Greta Gerwig and what it feels like to see an immigrant steal your job
when you can’t be arsed to go in. Make sure you catch the Beef Explosion’s upcoming tour, where four obese men in tight rugby tops
combine their efforts with a drummer who doesn’t seem to know where he is.
Bare Nang is Jokes – Ratface, Durbrain and Plinky

This week’s novelty rap act have a compelling backstory, the three of them having been raised in a cave outside the Chilterns after

their mother fled Wood Green because of occasional racism and exorbitant parking charges back in the nineties. RDP subsequently

learned to ‘flow’ by arguing with tour guides and the visiting social services, while their first beats were made by tapping youthful

foreheads on stagnant walls or kicking stalactites. Once released into the wider world by a concerned Hertfordshire County Council,

second single, sees Durbrain playing a single note until his ears melt, while the other brothers rap about the contents of underwater

rock pools in a post-grime ‘urban’ language they clearly don’t understand. Warning: Contains an undercurrent of violence for anyone

who doesn’t hail from their post code which is, of course, everyone (apart from their mum; LaDonna).
The Pikey Bump – Mexican Gary and the Coherent Chunks
Five years after his sudden death from being punched in the eye during a traveller-endorsed bare knuckle fight (footage available on
YouTube for the ghoulish), Gypsybilly pioneer Mexican Gary returns with his still-alive band for a CGI remake of this, their signature
song, aimed at inspiring a dance craze in the clubs, raves and Brit-infested Greek islands during the summer of 2014. This is
apparently the only recorded version of ‘The Pikey Bimp’ in existence; it was found on a hard drive at the back of an abandoned
caravan by dulcimer player Derek the Ponce. The track has now been remixed by post-dubstep pioneers the Marital Aids, focussing
on the ramshackle Romany crew and with added synth squiggles to modernise The Chunks’ sound. As Gary exhorts everyone in
the Dale Farm Camp to ‘do the bump – the pikey bump!’ the rest of us pay tribute to this one of a kind gyppo through purchase
power and hateful blogs. Truly Mexican Gary can do no wrong, not since breathing his last (although the man was demonised,
loathed and terminally unwashed while alive). The song is actually less distasteful than groundbreaking and has ‘potential number
one’ written all over it. Just below the government health warning.
Grab Me a Beard – The Muttonchops

It had to happen. Eventually the retarded facial hair movement that’s been wowing misguided style mags from East London to

slightly-further-out in East London finds its very own anthem, and what an irredeemable piece of shit this proves to be. Utilising

banjo, fiddle, accordion, mandolin, estuary vowels, and with nary a razor among them, this privately-educated group whip up a storm

of mediocrity through the unmemorable tale of a hippy girl who values bushiness above all else. The disjointed lyrics will no doubt

resonate across rented rooms from Dalston to Shoreditch, but for me this is too reminiscent of a filleted Belle and Sebastian to truly

love, with The Muttonchops resembling half a dozen jellylike mounds in my recurring nightmares. When he hears this, Marcus

Mumford will turn in his shallow grave.
The Sound Made by Accountants Sleeping – Disarming Pelican
Once at the forefront of the Dirtwave / Trough crossover, these freshly-permed lads have slowed it down for an instrumental post-post-rock
smash, dragging out the synth-riffs to nine minutes-plus as vocalist and sometime crazylegs novelty dancer Gumbo grunts over the top in
a way that’s both soporific, insulting to the financial sector and somehow reminiscent of Gary Glitter. Indeed, the general ambience within
this dank dungeon of a track is like being surrounded by frustrated stalkers, publically bemoaning the lack of reciprocated feelings and - for
those of you whose listening pleasure involves neither tunes nor fun - it could be keen territory in what Zane Lowe is already calling “the
upbeat doomcore scene”. Interestingly, Disarming Pelican turned down the support slot on Chipmunk’s upcoming tour, although the
official reason they gave (“we think he’s a cunt”) simply doesn’t ring true. The soup thickens.
Offcut Ripoff – Jarvis Cockend

maximalist confection of crescendos which, when combined with Jarv’s anti-melodic voice, ends up sounding more like a short-circuited

PA than perhaps Graham Norton might have hoped. Indeed, it’s no surprise that this piece of crud was beaten to deux poix by every

composition with an actual melody in Copenhagen. Still, finishing behind that lady with a beard from Austria was the final indignity, and it

left Cockend the biggest enemy of UKIP since Marie le Pen threw those eggs. Time to go back to children’s entertaining if you ask me

Jarvo. Which you didn’t.
Got Doze Suburban Surrey Blooze - JimBob Mountainman
An inspiring story here, with a man obviously born and raised in the Home Counties reinventing himself as some kind of Delta Bluesman using
only homemade guitar, 40-cigarettes-a-day for vocal gravel and twitchy footstomp. From these simple ingredients Mountainman concocts
endless two-minute bottleneck sing-alongs about redneck whisky and frontier town whorehouses. A more personal (if otherwise identical) track
from JimBob’s eighth self-released LP ‘What Another Man Shits’, this one describes recent travails while on a tour of unlicensed drinking
dens across the Balkans, hitchhiking or by foot, before ending with a crash of guitar strings and bourgeois yell. Musically this has the
unkempt, ersatz style and abundant facial hair all the fashion rags demand but, tragically, it lacks any discernable synthesizer and is
therefore likely to go unnoticed, just like Jim’s last twenty singles. Reports that the singer has started to supplement his income from 200
sets a year with a stall at Borough market selling linoleum, reconditioned iPads and fresh fish could not be confirmed as HDUK went
to press, but the best of fucking luck to him I say.
Lovey Love Love Luv – Dog Eggs

from performance-based self-abuse to catchy pop in the Stock Aitken and Waterman mould, presumably because screaming over

industrial machinery gone wrong as three students impale you on a metal spike simply doesn’t shift the units these days. And Hayley

absolutely needs a mortgage, before the housing bubble really spins out of control. Her thirtieth birthday is fast-approaching. And so, over

retro synths catchy enough for the milkman to skip to, this overblown nursery rhyme goes on for long enough to drive us slightly mad

and the other Dog Eggs harmonise about love and its wonderful importance; how we should seek this vital emotion out every second of

every day. Because love can heal the world, cure disease, and bring happiness to the Crimea. War, pestilence, testicular cancer; being

unable to pay the bedroom tax; these simply don’t matter, not in Hayley’s revel to the overwhelming power of romance. I particularly

enjoyed the ooh-oohs.
<cough> <cough> <hack> <choke> - The Wheezing Palominos
Who are The Wheezing Palominos? The media would have us believe this mysterious quartet consists solely of four men dressed as small
ponies; most likely The KLF, X-Factor joke Matt Cardle and the fat one out of Blue who urinates on cashpoints. Outside the ambiguous
promotional shoots, this group compulsively layers the sound of asthmatic equines hacking up phlegm over a backdrop of air raid sirens,
unplugged synths, skronky beats and landmines being defused. And yet… and yet. Those who’ve caught TWP at one of their rare ‘pop-up gigs’
in dilapidated farmhouses or dung-barns across the UK swear blind that actual horses are involved. And that the shadowy figure ‘encouraging’
said animals to move around the makeshift stage with a plank of wood as strobe lights blind the audience and sound blares is none other

than HDUK’s own Clint Panzerdivision, engaged in some kind of faux-Dadaist deconstruction of everything we thought we knew about the

the monitors please Jamie”). I couldn’t possibly comment on such allegations, except to say you should buy this. Otherwise the ponies

get it.
Synth Song - The Shit Clowns

This is getting silly now. 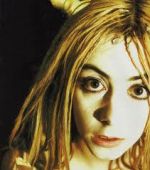