MUSIC
with Alan Devey
Home Defence UK
A Symptom of a Greater Malaise
Classic Albums You’ve Never Heard Of No. 24 -
‘Everything You Thought Was Right Was Wrong Today’ by Slobberbone
ALL MUSIC:

Twenty years ago a new movement emerged out of what was once American roots-rock. At the vanguard

from rock n’ roll to blues to those elements of country that weren’t teethgrindingly naff, and chose to

The music they played was accomplished but unpolished, aping the barely-together thrill of some drunken

bar band, cutting it up in a sweaty Midwestern cow-hole. They served as an authentic contrast to the

shiny AOR that dominated the US airwaves back then, and which continues to be popular today. The music was dubbed ‘Americana’ and it grew in

reputation and popularity to such an extent that, two decades on, the sound has gone overground with venues, club nights and even festivals

devoted to it, all across Europe.

By the mid-nineties one of the finest proponents of this sound were Slobberbone, four blue collar musicians named after the redneck term for a dog

toy, who would release a quadrilogy of essential albums during their initial, decade-long run.

Formed around songwriter and frontman Brent Best in Denton, Texas, the kind of place that’s fecund ground for musicians, with its desolate,

Doolittle Records for 1997’s glorious ‘Barrel Chested’, a sophomore record that showed a quantum leap in the songwriting, even as the band’s

shit-kicking live show was winning them followers across the US and beyond, meaning that Tony Harper on drums, Brian Lane on bass and

Jess Barr with his ‘rock’ guitar no longer had to simply play for beer and gas money.

By the time Slobberbone came to record a third album in the run up to the turn of the century,

emphatic solos and even a brass section. After finishing the record in Memphis with producer
Paul Ebersold, Slobberbone thanked their contemporaries and leading lights of the scene in the liner notes, including
Centro-matic, Old 97s, Drive-By Truckers and The Gourds (the latter best remembered for their country-hick take on
Snoop Dogg’s ‘Gin N’ Juice’).
In fact, ‘Everything You Thought Was Right Was Wrong Today’ has an inlay that evokes a very specific sense of place,
with its cover photo of some dust storm rolling across isolated Midwestern farmstead. Inside the band are pictured hard at
work, staring intently at fingers on the frets of electric and acoustic guitars or else at play; all bowling balls and cigarette
breaks; one shot of Best with a stuffed duck mounted on a plinth in his lap for some reason.

But it’s the songs that made this a breakthrough set, and resulted in a memorable

night at London’s Borderline back in 2002, when the band headlined over Bobby

Bare’s Young Criminals Starvation League. Indeed, ‘Everything You Thought Was

Right Was Wrong Today’ hits the mark time and again; so accomplished it built Slobberbone a loyal fanbase in Holland (of all

places) and the music begins with ‘Meltdown’, a brooding misdirection of acoustic portent; plaintive violin and Bent’s croon framing

a tale of last days, where “tectonically speaking integrity’s lost”. Atlantis is name-checked as our planet disintegrates, the singer

addressing his lost love amid the disaster: “Hey Baby, it’s the end of the world – I hope you had fun.”

Such understatement is the perfect precursor to ‘Placemat Blues’, whereby electric guitars follow a shouted countdown for an

astonishing rocker, as Best hollers a rousing cry to the outsider, demanding to know: “Where’s the place at table for folks like me?

There’s not one that I can see….”
This is blisteringly loud and unavoidably catchy, most compelling when Best threatens to: “kick your ass from here to Friday”, the vocalist chasing melody and metaphor as trumpets join with saxophone to add an extra dimension to the hurtling racket. We end with Best’s gruff, emotion-sore voice having fully exorcised his demons. The singer still doesn’t fit in at the ‘top table’ but it no longer matters, not if he can write tunes like this.
‘Trust Jesus’ gives us listeners a chance to catch our breath; a piano-led and banjo-inflected tale of some travelling
preacher, that traditional deep south archetype. In Slobberbone’s hands this figure isn’t the demented or corrupt soul
of countless Peckinpah films, but neither is he some kind of saint. Instead this Godfearing man goes from “San Diego
to Boston and all points between” spreading the good word while singing: “Lord I’ll do the best I can, Lord I’ve only got
two hands”, the band’s upbeat backing there to underpin his good-hearted travails.
No less a figure than Stephen King described the next track as one of the three greatest rock songs ever written in his
Entertainment Weekly column, and who am I to argue with the author of so many bestselling tales? But ‘Gimme Back
My Dog’ is no horror show, rather the band ride in on a wave of feedback then break for the percussion and banjo-backed verse, attention-grabbing in its simplicity, the title repeated until guitars explode for a thunderous chorus once more. As such it comprises a cry of longing, inspired by an affair gone irretrievably bad, with all the

accusations and selfishness that come from ex-lovers, until the narrator feels hounded “like a dirty stray dog with no way home”.

‘That Is All’ isn’t quite so memorable yet this mid-pace number ties the album together thematically, a tremulous mandolin as

Best explores how certainty can be overturned in a moment, the title of the LP repeated by one who rejects all consoling platitudes:

"Love is where you find it, and time is on your side, but none of that stuff means squat alone on

For those so inclined the first side of vinyl ends with the coruscating ‘Josephine’, a song

on their 1998 album ‘Never Again’. Written by Kevin Kerby, a musician friend of Best’s,

original, depicting the tragic life of a highly-strung misfit (“They say he’s trouble, waiting to

happen, like he’s a bottle filled with gasoline…”), mocked by others for obsessing over the local
beauty queen, a protagonist who “cruised on the weekend, just to be seen”. Soon his behaviour becomes more extreme, the
infatuation sending him up some neighbourhood tower to paint ‘I love you’ before he gets high and calls her at last, a cacophonous
guitar solo and harrowing vocal leaving us in no doubt how the story ends, our lost soul committing one last, foolish gesture, in a
masterpiece of ominous subtlety.
The contrast with the lead in ‘Lazy Guy’ couldn’t be more apparent. A straightforward rocker is enlivened by guest vocals from Patterson Hood of Drive-By Truckers who adopts the persona of a man caring not a jot for striving or legacy, choosing instead to celebrate inert lassitude; all indulgence and one liners; that woman in his life who “counts my failings like a clerk”. All this man wants from existence is to sit on his porch with a guitar, drinking the day away in a cloud of pathos, thoughts of abandoned schemes and failed relationships fixing an unspoken melancholy to the tuneful jauntiness.

‘Bright Eyes Darkened’ flips this around, introducing a character who “once played in twenty bands” before giving in “to despair

and inner torment”, a “downward slide” that contrasts with the quiet-loud energy of the music, its addictive momentum. The

poppiest track on this LP is followed by the bleakness of ‘Lumberlung’, possibly the most accomplished thing here as that

titular disease leaves a manual labourer bedridden and delirious, realising “I’m no longer fun” for that woman who nurses his

Across a vividly drawn verse the patient hallucinates a small boy driving past him on the highway, one diminutive motorist

grinning at our hero before colliding with an underpass; an explosive end to the fever dream. Back in his sick room the sense

of intimacy has become almost painful (“Lay here beside me on these sheets so stained”), within this ballad of piano riffs and

Hammond organ, vivid depictions of an incurable condition alleviated only by the consoling loved one who “brings me flowers

from the wood”.
The run in begins with ‘Magnetic Heaven’, a none-too memorable instrumental which nonetheless bridges into ‘Some New Town’, another highlight and perhaps the greatest of all Slobberbone songs; with its lyrics of belonging and friendship and escaping your surroundings for some imagined paradise “where nothing goes wrong, and the bars stay open all night long.”
This track is all picked guitars, hummable earworm and that powerful solo partway through; a nostalgia for days gone by which
didn’t feel so notable back then, all combining with Best who sings from the perspective of one left behind; seeing his dear friend
move on to greater things as everyone else is “still drinking to the times when you were around”.
It isn’t the last time he’ll see that former blood brother but nothing between them can be as it was, not now (“I could maybe come
and visit but could never stay”). The universality of the sentiment, the quality of the songwriting, the tightness of a band who
have played hundreds of shows together by this stage, it all makes for five minutes when everything comes together; pure magic
captured on tape.
Anything would pale in comparison to that, but closer ‘Pinball Song’ holds up remarkably well, a word-heavy picaresque featuring a musician who comes home after ten weeks on the road with an overriding desire for a few drinks and “one good game of pinball”. But his wishes unravel in an evening of indulgence with old friends (“I saw that girl you used to know at the other end of the bar, I never thought she’d ever get that far…”) and soon Best’s stand-in finds himself in unfamiliar rooms with dissolute barflies, heading: “up to her apartment where the Christmas lights do blink, it’s the second week of May but that’ll be okay…”
As this tale concludes the accompanying music fakes an ending before everyone kicks back in with a tuba-led waltz, brass coming to the fore for a light-hearted studio minute, a fitting conclusion to the one record I would push on anybody who asks me to explain this ‘Americana’ they’ve heard so much about.

In the wake of this defining set Slobberbone released one more album, 2002’s noisier but still worthwhile ‘Slippage’, a

Gees’ ‘To Love Somebody’. Then the Slobberbone project appeared to have run its course, although Best took a duo of

played for, whose melding of musical tropes into something new and unique is best

illustrated by the many bands they’re compared to, including The Pogues, “Arc-Weld
era Neil Young”, Bruce Springsteen, The Replacements, Steve Earle, ‘cow-punk’, The Clash, and many more.
Actually, Slobberbone sound nothing much like any of them. To really understand where this band are coming from you simply have
to listen, which I heartily recommend you do, starting with their finest fifty minutes, right here.
‘Everything You Thought Was Right Was Wrong Today’ was reissued in 2011 by New West Records and is available from all the
usual outlets, in both digital and physical formats. 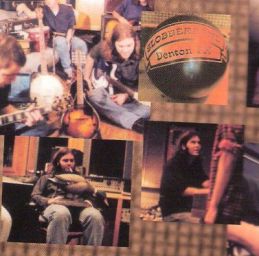 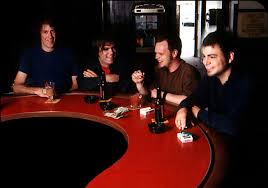 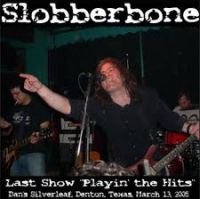 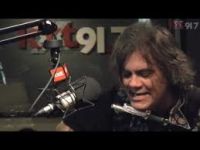 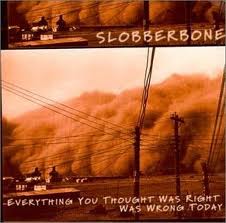 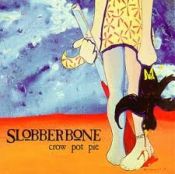