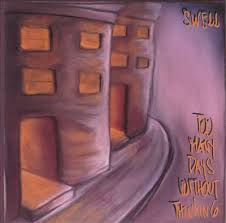 MUSIC
with Al Likilla
Home Defence UK
A Symptom of a Greater Malaise
ALL MUSIC:

In today’s music scene, there’s no point bands signing to a major unless they can sell out massive

venues (after all, who needs a distribution network to get albums into record shops? What’s a record

shop?). Looking back from the vantage of 2013, previous eras of the music industry seem foreign and

strange, with their massive budgets and millionaire advances. One of the weirdest of these past times, in

retrospect, is actually not so long ago; the mid-nineties.

Over here in Blighty, inspired by indie going overground in the wake of Oasis, record companies rushed

to sign guitar bands, leading to some of the most atrocious music ever foisted upon the masses. The

likes of Hurricane No.1, Cast and Northern Uproar had so much cash thrown at them, they somehow managed to score top forty hits. Before

everyone realised they were rubbish.

Across the pond, Nirvana knock-offs were all the rage, with the awfully-named Bush and Puddle of Mudd taking Kurt

Cobain’s template and blanding it out, selling millions of LPs across the Midwest. This so-called ‘alt-rock gold rush’

saw A&R professionals under pressure to recommend original acts to their paymasters, bosses who

One of the oddest of these groups was Swell. Coming out of San Francisco in the late eighties, the core

of bassists during their career. For the eponymous debut and follow up ‘…Well’, Swell proved to be proponents of a singular and

onward, as Freel’s stoned but scathing vocals tell of being lost and adrift, seeking out redemption in people; locations; exotic

substances. These are not the star-crossed love songs of conventional pop music.
Theirs was an original sound at the time, and it remains unmistakeably Swell. I can almost see why Rick Rubin’s American Recordings gave the
group their first exposure around the time of 1993’s inscrutably named ‘41’, a release that features Swell’s first really accessible songs. With
copies reaching music fans across Europe and increased critical acclaim, Rubin effectively gave the group a blank cheque to complete the
follow up. Such was the insanity of the times.
Plentiful funding and increased pressure have derailed many musical biz 20somethings and Swell were no different. Freel, Kirkpatrick and
Monte Vallier spent eighteen months recording in New York, San Francisco and L.A. All of a sudden songs that were once casually tossed

off failed to materialise. Perfectionism set in, along with too many distractions, alluded to in the inlay which

Rubin’s resources, but not before they got a song on the soundtrack of justifiably-derided burlesque opus Showgirls in an extremely odd

‘Too Many Days Without Thinking’ was finally released in 1997 and boasts typically fluid paintings from Kirkpatrick on the liner, as well

as ten songs that ambitiously expand the Swell imprint. Opener ‘Throw The Wine’ catches the ear in a way this resolutely low-key group

never had in the past. Suddenly Swell understood the power of volume; Freel’s vocals less subdued, multi-tracked as the title mantra

repeats itself; acoustic strumming on top of the mix but underpinned by a catchy melody and discordant guitars.
It’s an attention grabbing start, anthemic even, the lyrics maintaining Freel’s themes of “shiftless days and stoned nights”, characters doped up or strung out, filled with booze or regret, talk of how he “has a madness that stumbles and climbs”. In the end the singer is addicted to the craziness above everything and he recognises this, finding himself unable to change.
‘What I Always Wanted’ dials the sound back, meticulous touches and drug remorse, someone “failing to come down”
within layered effects and percussion. The level of catharsis here in a crystal-clear cymbal splash or the shake of a
tambourine is uncanny, making it almost reasonable to take eighteen months to record and mix this thing right.
Third track, ‘Make Mine You’, moves in on a wave of beats and something between a riff and a chug, the first of several
instances where profanity is deployed. It’s a tale of infidelity, a man losing the one he loves to his best friend (or,
perhaps, taking her away from him). Jealousy bubbles; our protagonist claiming he “won’t fucking back down”. The
mood swings, toward the hubris of the victor, vocals claiming “I’m happy most of the time”, a catchy midsection
becoming a chant, the narrator forced to see a future outside his present bleakness: “We’re gonna make it work.”

As the title suggests, ‘Fuck Even Flow’ emerges out of disgust, a playful riposte to the overwrought approach of those bands,

like Pearl Jam, who paved the way for Swell’s record deal. In interviews surrounding ‘TMDWT’s release, Freel claimed this

track was about bad lyrics, although he could have been joking. Certainly it’s a counter-intuitively beautiful composition, with

opaque words (“don’t wait for some gladness to close your eye”) and what could almost be a guitar solo, making ‘Fuck Even

Flow’ a highpoint, whether you agree with the Vedder-baiting elements or not.

A couple of wilfully similar songs next. ‘At Lennie’s’ starts with an ear-catching one-liner (“God loves you and, I hate that”) as

our hero enjoys the titular bar, the regulars condoning his binges while: “I sit on the phone book, slip through the sofas, here

come the stars.” Then ‘When You Come Over’ rides in on a compelling guitar line, but soon finds Freel reverting to the

mumbled approach of the band’s early days, something he largely abandons for this album. Noisy, stop-start effects fade in

and out, distracting the listener, as if the musicians realised this wasn’t their strongest track and are

trying to turn our attention away.
Any weakness is soon forgotten with the big single, one that appeared on alternative radio at the time. ‘(I Know) The Trip’ is as close as this
album comes to something for the mainstream rock fan. Yet Swell still sabotage its commerciality, with swear words and storm effects
unspooling into a modern classic.
All the Freel signifiers are present and correct here; the ambiguity of that ‘trip’, which could be a journey or chemical experience but is
eventually revealed as an addiction to another, romantic love or overpowering lust behind him: “mostly feeling something nervous and
something less than right”. The band bring the hooks as the singer, confident now, ends by harmonising with himself “just sort of lying in the sound, just sort of failing to get by”. Freel was “foolish and jealous to start” but now he’s learning, celebrating with an esoteric pop moment, as uplifting as anything narcotics have to offer. “I know the trip that you are” indeed.

The set ends on a triumvirate of less obvious moments, all quality Swell songs in their own way. This is a band which, more often than

not, offers up melodies that take time to unfurl, growing increasingly memorable with repeat listens. ‘Going Up (to Portland)’ prefigures the

hipster migration of Portlandia, Freel expounding on the supposed attractions of this bohemian Oregon town as guitars surge all around:

“Move to Portland that’s fine, all rain no shine”.

The tongue remains firmly in cheek for the penultimate song, an ode to Freel’s pet dog, of all things. ‘Bridgette, You Love Me’ emerges

from street noise to form an acoustic depiction of a man and his faithful hound, the latter “shittin’ on the neighbours’ lawn, it’s alright,

living on the menace in their eyes”, a minimalist strum soundtracking the tribute.
But all levity is abandoned for the closer. ‘Sunshine Everyday’ is many peoples’ favourite ‘TMDWT’ track and an appropriately epic way
to finish. With an elongated, mainly instrumental lead in; plucked notes and skittish drums, Freel’s voice becomes part of the texture
when it arrives, depicting frozen moments in a car crash; the squeal of tyres, shatter of glass, the way time freezes for passengers.
More elements drop in; a distant keyboard line, a hint of feedback, as the song ‘swells’ to a cooed and desperately moving
conclusion, Freel repeating the phrase “everyday sunshine”, until we’re left to wonder about post-crash visions, the different plane those

victims could be heading for.

Despite the mid-tempo steadiness and a tendency to underplay their hand, it doesn’t take many listens for

‘Too Many Days Without Thinking’ to reveal itself as a masterpiece. Yet, as so often happens, critical

adoration failed to translate into sales, even if Swell’s late-night moodiness did find an adoring audience in France. In the end they released

one more original full-length with a major, 1998’s patchier ‘For All the Beautiful People’ on Beggars’ Banquet.

Recent recordings under the same monicker were effectively Freel solo projects, on his own pSychosPecificMusic

label, although Kirkpatrick did return for percussion and paintings on 2003’s full-band swansong, the overlong return
to form that is ‘Whenever You’re Ready’, a record that features their finest three and a bit minutes in the wonderful earworm of ‘So Easy, So
Cool’.
That’s how Swell strike the first-time listener; a profoundly cool cult act who make it look easy. But as Rick Rubin knows to his cost, it takes
a great deal of time and effort to make your art sound this effortless.
‘Too Many Days Without Thinking’ is available from the usual outlets, for download or in physical forms, at a reasonable price. 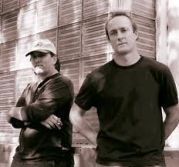 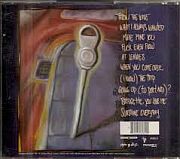 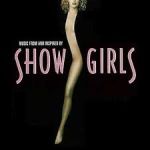 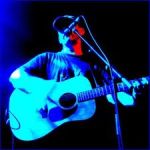 Classic Albums You’ve Never Heard Of No. 21 -
Too Many Days Without Thinking by Swell
1