Americana has become big news over the last decade, taking strands of US roots music; from shit-kicking

bar bands to contemplative alt-country, and turning it into something fresh and listenable, by turns mellow or

rowdy. The rise of the genre in Britain has led to a surfeit of bands who have built a following over here, with a

whole industry springing up to support them, including record labels, ‘heritage’ magazines and even a festival;

the End of the Road.

The enthralling thing about Americana, aside from instruments like the banjo, pedal steel guitar or mandolin, is

the room it allows for gifted female singer-performers. Women don’t get much of a look in music-wise outside the pop charts, with the appearance

of an all-female band like Warpaint or Shonen Knife still noteworthy for the press. But within the Americana style, particularly at the more folky end

of the spectrum, there are a plethora of wonderful voices, from Gillian Welch to Lucinda Williams to Shonna Tucker of the Drive-By Truckers.

Many of these ladies, and those homegrown talents who take their inspiration from American music like Anna Calvi or Gemma Hayes, have a huge

vocal range. They are able to interpret songs that require anything from a breathy coo to a full-throated roar depending on the material, a big

contrast to one-note male bods like Ryan Adams or that pin-up numpty from Kings of Leon.
No one I’ve encountered in the genre has more vocal ability than Eileen-Rose Giadone, an expressivity that digs into the emotion of a song without lapsing into X-Factor-style histrionics. Raised in a sprawling Italian-Irish-American family outside Boston, Massachusetts, Rose was one of nine siblings who taught herself to write songs as a teenager. In the late eighties and early nineties she fronted a number of forgotten indie rock acts around the Boston scene and self-financed a folk album
of her nascent songwriting, now long-forgotten.

In 1991 the band Eileen had been fronting, Fledgling, decided to up sticks and move to London, chasing the dream somewhere with more

artistic opportunities than their blue-collar home town. Fledgling went at it for a few years but eventually disbanded in ’95, leaving Rose to hole

up at a cottage in Essex. Once there she got a few issues off her chest in the form of songs that would end up on her first two albums.

offered her support slots with his band. Indeed, Rose would end up guesting on ‘Wade Into The Water’ from A3’s second album (‘La Peste’)

and Larry was stage-side with his feet up when I saw Eileen play the Brixton Windmill circa. 2003. He was ‘rewarded’ for this assistance with

an interesting lyrical namecheck on Rose’s third record; “They caught Larry doing horse on the tube / I guess that makes him kinda cool

again, but I don’t know…”
In the end the stars were on Eileen’s side. Her official debut ‘Shine Like It Does’ appeared in 2000, just as the nascent Americana movement
was gathering steam. A bit of a mishmash, with some terrific tunes alongside less memorable ones, this record nonetheless made enough of
an impact to get her tours with the likes of Fairground Attraction’s Eddie Reader, Ron Sexsmith and the aforementioned Ryan Adams.
It also set her up to make an impact with the follow up two years later. ‘Long Shot Novena’ would demonstrate a big advance in her
songwriting, the record employing some of those big name contacts she made over her years in England such as the Sex Pistols’
Glen Matlock on bass and, er, the drummer from Del Amitri.

This record would also gain Eileen national recognition, lead to headline slots and residencies in venues such as

Camden Dingwalls and the Borderline, along with reviews in publications like Uncut, the Guardian and the Daily Mirror. The latter called Long

responses, suggesting reviewers didn’t listen to the LP beyond that initial, title track.

A novena is a Catholic prayer rite and the song of the same name comes in as a compelling drone, all mutated synths drawing the listener

into the set of songs as Rose recognises there is little chance of God coming to her aid but seeking him out anyhow. This is followed by

‘See How I Need You’, a sweet yet seductive vocal with contrapuntal ‘ooh-oohs’ in the background as Eileen sets out the physiological effects

of infatuation (“Did the lights get brighter? / I got spots before my eyes / I’m sick and I’m dizzy and a little bit faint….”). This paean to love and

lust comes from a female perspective, rare in musical circles of the time; “Won’t it make me feel good to get a man? / Six feet of heaven with

big, strong hands.”
Third track ‘Good Man’ changes the vibe again, a plaintive harmonica underpinning this old-style country tale of a guy who swears he’ll never behave that badly again, has finally worked out how to love a woman who can’t bring herself to give up on him, however much he doesn’t deserve her.
Fourth track ‘Snake’ ups the tempo, an infectiously jaunty frug finding Rose in a dancey, playful mood (“Gonna shimmy ‘til I
shed my skin!”) before ‘Wheels Go By’ ends the first side in a honky-tonk mood, the lyrics all boxcars and Cracker Jax
boxes, bears and their honey pots.
Then comes the album’s centrepiece and most epic ballad, the grammatically confusing ‘White Dove’s Awake’, a song
whose sparse musical backdrop, its meandering guitar lines and hypnotically slow beat, combine with the recurrence
of that earlier religious imagery (“Make me your Virgin Queen”) to maybe split listeners. Yet there’s no denying the power
and commitment in Rose’s vocal and, at the end of almost seven minutes, you’re exhausted, emotionally wrung-out after
hearing her cry; “Take my remorse, take my defences”.

After that it’s time for something more bawdy, and from understated beginnings to Eileen’s full-blooded cry late on, ‘Two In One’ fits the bill.

Rose relays accusations of repression from her friends who think; “I ought to swear just like a trooper / Throw up on my dress” before

deciding it’s time to cut loose. As the groove escalates and the words grow hollered, we understand the singer just wants to indulge, to;

“take my sugar with lemon on the side”.

Another classic next, as ‘Tom Waits Crooning’ pays tribute to the titular songwriter (“I got Tom Waits crooning and he’s so much better than

me…”), building from a strummed start to a cathartic bellow; “You want to tell me about America? / Well what do you know?” This is followed

by the downbeat gut-punch of ‘For Marlene’, inspired by a Boston woman whose daughter was murdered by an unknown killer. Now there is

only agonising pain for her, with the protagonist always struggling (“Most days she carries the weight / Today it pulls her under”). Rose ends

by letting this bereaved mother know she can do whatever it takes to get through this; “You just hug the sofa, then / All day if you wanna”.
Finally we come to the piece de resistance, the show-stopper, the pinnacle of this set, and as successful a rewrite of ‘Amazing Grace’
as ‘Never Ever’ by All Saints which, you won’t be surprised to hear, shifted millions more units than Rose’s record. ‘Big Dog’ starts with
just Eileen’s voice, acapella-style, before bursting into a campfire singalong, powered by multiple guitars, pedal steel and Jew’s harp.
The song finds Rose likening herself to a swallow, revelling in that peripatetic existence which brought her to London but would shortly
lead her away again; “I got time for one more pint / Don’t get me wrong, you folks are alright / And it’s been international / But I’m
going home.” Before the record ends Rose asks “Who’s the big dog now?” and, after a tune like that, we know the answer.

Following an extensive full-band tour which included an awe-inspiring performance in Camden and support slots with Frank Black, Eileen

would return to Boston to tend her ailing mother, learning to play the piano for follow-up effort ‘Come The Storm’, another fine record which

contains what might be her greatest ever composition in ‘Stagger Home’.

Recently Rose has recorded two more solid sets with her band The Holy Wreck, ‘At Our Tables’ in 2008 and last year’s ‘Luna Turista’. We get

to see less of Eileen in the UK nowadays, she’s newly resident in Nashville and plays in local covers act The Silver Threads, as well as

touring and recording with her backing group. But Rose is one of those lifers who gives everything to her music, and it's our privilege to enjoy

the records she releases. As the blurb for one of her London gigs asserts, Eileen is; “bruised but unbroken… fearless in song, sheer,

sensual and true” and Long Shot Novena is the finest distillation of that fearlessness.

Long Shot Novena is available on Rough Trade records and looks to be less than a fiver from the usual online outlets.
Home Defence UK
A Symptom of a Greater Malaise
MUSIC
with Al Likilla
ALL MUSIC:
Classic Albums You’ve Never Heard Of No. 11 -
Long Shot Novena by Eileen Rose 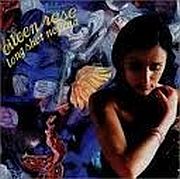