Belgium isn’t really thought of as the most culturally fecund country in Europe. This nation has given us

some lovely beers, Georges Simenon’s Maigret and, right now, a number of excellent footballers. But in

Bruges in ‘In Bruges’, non-celebrity paedophiles and barmy Brussells bureaucrats forcing Britannia to

In terms of popular culture it might be difficult to name a favourite Belgian TV show, contemporary writer or movie (aside from disturbing serial killer

romp ‘Man Bites Dog’, a film that only served to confirm our preconceptions). But in the area of pop music, one act stands head and shoulders

above other Belgian bands, and I don’t mean metal-inflected indie rockers Evil Superstars or the frankly bonkers prog-stylings of Metal Molly.
No, I’m talking about dEUS, a collective that revolves around brilliantly-named frontman Tom Barman and violinist / keyboard player Klaas Janzoons. They started as a covers band in Antwerp back in the early nineties and the five-piece soon discovered a penchant for writing their own compositions, songs that barely do justice to the word ‘eclectic’, inspired as they are by Tom Waits, indie pop, torch song balladry, Captain Beefheart, free jazz, film soundtracks, experimental rock
and Frank Zappa. And that’s just for starters.
So dEUS looked far beyond their native land for inspiration, towards the American alternative scene, their influences given
a European sensibility to produce music reminiscent of legendary musicians, yet with an edge all of its own. The products
of their creativity was four-track EP ‘Zea’ which got them a deal with Island records, making dEUS (the name means ‘deity’
in Latin, although the syntax is all their own) the first independent Belgian act to sign with a major label.
The first fruits of this union came with ‘Worst Case Scenario’ in 1994, an LP that features two phenomenal singles in
spine-tingling ballad ‘Hotellounge’ and Violin-led noise-epic ‘Suds ‘N Soda’. It was a fine debut, but one with too many meandering passages and half-formed ideas and, as with many initial efforts, the songs weren’t sequenced well enough to make an effective statement overall.
Such quibbles were forgotten when the follow up landed two years later. While a similarly mixed bag, ‘In A Bar, Under
The Sea’ coheres superbly and, as my associate DJ Nutsac will tell you, this is an album that contains something
for everyone (unless you’re a ravehead or Grime aficionado perhaps). The band at the time also comprised bassist
Stef Kamil Carlens, drummer Jules de Borgher and Craig Ward on second guitar, along with alt-rock luminaries
from Morphine and Girls Against Boys as special guests. Together they upped the ante with memorable melodies
and a pick n’ mix attitude that yielded something truly special.
So there is piccolo and mandolin, trombone, ukulele, piano, synthesiser and trumpet; slide guitar and even a gong.
There is someone in charge of ‘rate and depth’ and someone else playing an ‘egg’. And there’s legendary Captain
Beefheart producer Eric Drew Feldman on recording duties. Indeed, brief opener ‘I Don’t Mind Whatever Happens’
could be a tribute to the Captain, with its off-kilter, old-time blues. This crackly start is quickly overwhelmed by the unpredictable approach, with sudden tuneful shifts, spoken word interludes and the memorable guitar groove of ‘Fell Off The Floor, Man’. Here Scott McCloud shares his philosophy, Barman and Ward exchange vocal lines, and the listener realises this is a band for whom English is more an impressionistic medium than a first language; with lines such as “wanted by the bumbledom” or “singin’ like a tomtit” while band members yell “rubbaday” or “courtpie” in counterpoint.

to sing: “I feel like Gena Might, upon her opening night”. Then atmospheric first single ‘Theme From Turnpike’ announces a recurring

general air of malevolence here, while later both ‘Gimme the Heat’ and ‘Guilty Pleasures’ will expand on the Americana fascination,
creating a world of men in trenchcoats, barely lit nights and femme fatales; ‘Gimme the Heat’ coming to a glorious crescendo
as Barman croons: “Some erotic field, keeps coming on, it’s so unreal, I come undone.”
There are straightforward radio-friendly moments too, like ‘Little Arithmetics’. Much played on British radio, this hummable ditty
about relationship confusion is sequenced before ‘Memory of a Festival’, a propulsive burst with Barman’s vocals high in the mix
for a tale of their experiences at Glastonbury ‘94, drugged up and exultant. Here guitars replicate the thrill of “all those crazy,
crazy tunes that keep on buzzing in my head now” as the singer-guitarist admits: “I know this ain’t nothing very deep but its
good fun, so don’t run into the crowd.”
So much is happening on ‘In a Bar, Under the Sea’, with multiple songwriters contributing to the fifteen track set, that a 100% hit
rate isn’t sustainable, which makes for a beautifully imperfect statement overall. Janzoons’ music for the vocoder and distortion
wander through ‘A Shocking Lack Thereof’ obscures incomprehensible lyrics (“I have considered the possibility of trading fluids, On the platform of the underground

station.”) and is a rare misfire, while Ward’s ‘Nine Threads’ goes for the smoky jazz vibe but forgets to include a tune that

sticks. But such missteps can’t undermine the power of the set, the many parts locking in to take us on that reality show

This road is broken up by the warped lounge music of anti-consumerist ditty ‘Supermarketsong’, and it ends with the moving

acoustic ballad ‘Wake Me Up Before I Sleep’, Barman rueful and melancholy, talk of an “awful high” and “the blackest

of blacks”. You can almost feel the singer shaking his head, a whisper of regret in; “There’s nothing I can say, that isn’t

gonna be… a mistake”.

But before this low-key finale sit two of their strongest songs, the almost title track building from modest piano-led

beginnings to the full flowering of a gorgeous melody. ‘Disappointed In The Sun’ is narrated by a man keen to evade the spotlight; weather imagery and weariness giving way to a storming chorus and redemption: “Under the sea is where I’ll be,
no talking ‘bout the rain no more.”
The only way to follow this epic is with ‘Roses’, the tale of a girl called Rose given the titular flowers; someone who is bad
news - a groupie or schemer, smart enough to recognise the narrator’s self-obsession and bullshit, even as she treats him
like her “local god”. As we learn of this dysfunctional pair, him yearning for another, her scratching at his back, violent while
practicing her deceit, the guitar lines accelerate, instruments drop in, and the sound becomes urgent, discordant. Unclean
feedback mirrors the interaction of this couple, the girl telling her lover: “I’m just the one that makes you think of the one
that makes you feel like you’re the one….”

There is a phenomenal creativity, a playful element and a willingness to try anything that characterised dEUS here, at a

career peak they haven’t topped since. ‘IaBUtS’ (nice acronym!) was followed by fifteen years of line-up changes and the

occasional hiatus, core members dabbling in film or side projects before building their own studio. Still, every subsequent

record has something to recommend it, from the more groove-based follow up (1999’s ‘The Ideal Crash’) to their most

But from the impressionistic inlay art by sometime guitarist Rudy Trouve, to the knowing references to heroes and friends

that dot its lyrics, ‘In a Bar, Under the Sea’ is the complete package; proving everything a suite of songs can take you

through, emotionally and atmospherically. That’s why this album sold a quarter of a million copies on release, a

phenomenal number from our vantage point of single-track downloads and online piracy. So I guess a bunch of people
have heard of the LP after all, although many more should know about it.

‘In A Bar, Under The Sea’ is available online from all the usual outlets, at a very reasonable price.
MUSIC
with Al Likilla
Home Defence UK
A Symptom of a Greater Malaise
Classic Albums You’ve Never Heard Of No. 19 -
In a Bar, Under the Sea by dEUS
ALL MUSIC: 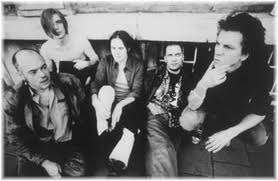 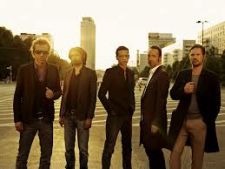 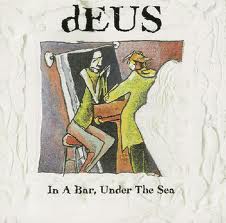 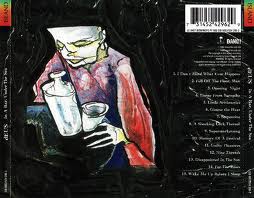 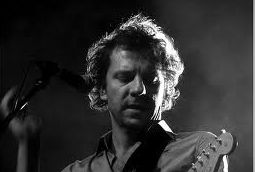