Home Defence UK
A Symptom of a Greater Malaise
MUSIC
with Al Likilla
ALL MUSIC:
When I Pretend To Fall by The Long Winters
Classic Albums You’ve Never Heard Of No. 8 -

Pop music is a strange thing. Proper pop music that is; tuneful, polished

and sometimes known as ‘power pop’ by the musos. It can be a difficult

genre to follow in the present musical landscape, one that divides

popularity’ is anathema to most scenesters. Today’s music obsessives would prefer to throw their lot in with an

identifiable tribe,  like the ‘nu rave’ nonsense of a few years back or the recent grunge revival. There are certain

manners of dress, events, attitudes, and (often idiotic) ways of behaving to conform to when you embrace a

certain type of music as a young ‘un. But those who love power pop don’t really have a tribe, and too often ‘pop ’

makes people think of the Top 40, of auto-tuned boybands and the evil lizard king Simon Cowell.

But if pop music to you means strong melodies and powerful harmonies, a massive rush of sweet and thrilling choruses, horns and brass on top of the usual guitars/keyboards/rhythm section set up, then The Long Winters, and in particular their sophomore effort ‘When I Pretend To Fall’ from 2003, ought to be among your favourite records.

I first got hold of this as a birthday present from one of London’s least organised former gig promoters;  the

legend that is Stu Baboon. This was shortly after WIPTF was released, and even on first listen you could tell it

was something of a classic; immediate, bright, and packed with memorable hooks. The band itself is the project

of one John Roderick and a revolving cast of supporting players.  Roderick grew up ‘anchored down’ in

Family Players and Western State Hurricane while making connections in the American music scene. In fact,

later employed as the theme music for Channel 4’s ‘Peep Show’, fact fans.
By 2001 Roderick was beginning to accumulate the songs that would go on the following year’s
Long Winters debut album ‘The Worst You Can Do Is Harm’, supplying vocals, guitar and piano
himself. Back then he recorded and performed as part of a revolving ‘supergroup’ which
comprised members of Fountains of Wayne, Built To Spill and Sunny Day Real Estate
among others, while Eric Corson joined on bass and backing vocals and has remained with the
band ever since.
Their debut received a decent reception, although critics pointed out the quality was a little
patchy. But Roderick’s ambition and flesh-pressing would mean The Long Winters went
widescreen for their follow up effort, ‘When I Pretend To Fall’. This effort features a 26-person supporting cast and, as well as the big name likes of Death Cab For Cutie’s Chris Walla and The Posies’ Ken Stringfellow on guitars and production, it features R.E.M.’s

Peter Buck on mandolin alongside a massive array of instruments, some more obscure than others.

Notably there features viola, tenor and alto sax, and something called a ‘boomerang harmonica’.

The record commences with the engrossing chug of ‘Blue Diamonds’, giving an insight into Roderick’s

often character or narrative-based lyrics (“I’ve got two thousand dollars and a bullseye between my eyes.”)

before we segue into the more energised ‘Scared Straight’ and ‘Shapes’ (“You know karate how? From a

show?”) Then the first killer pop number on the album arrives in the form of ‘Cinnamon’, an ode to a girl

whose skin is the colour of, um, cinnamon.

The middle stretch slows everything down with a three track combo of more maudlin songs including a disquisition on marriage (‘Bride And Bridle’), the slightly turgid ‘Blanket Hog’, which nonetheless swells to a powerful crescendo, and the more straightforward ballad ‘It’ll Be A Breeze’ (“Is it your kisses I’m feeling?”).
The next few numbers couldn’t be more of a contrast as we rush headlong into ‘Stupid’, a track which might be the finest on the album. This classic of potential regret is set to an earworm chorus of some magnitude (“How stupid I would feel, if 15 years from now I see her, and she says why didn’t it happen between us, Stupid?”). Then the songs get even faster, even poppier, as ‘Prom Night At Hater High’ kicks in, a tale of contempt and alienation tied to a thrillingly propulsive melody. This is followed by ‘New Girl’, keeping us within the American High School setting, with its cliques and social structures (“Be kind to the
new girl…”).
The set finishes with another ease in pace through ‘The Sound of Coming Down’ and ‘Nora’, the
latter again about the female species. The eponymous girl has been done wrong by the narrator
who has begun to realise their relationship is doomed (“She never says I love you, ‘til I say I love
you, like we’re exchanging hostages…”), and there we have it. A record as bright and varied as
its somewhat gaudy cover design.
As with many of these lost albums, ‘When I Pretend To Fall’ didn’t get much of a UK release at the time, although I believe The Long Winters achieved decent success with their second effort in the States. Certainly Pitchfork called them “a wholly life-affirming band” and complimented the “gleaming simplicity”, with other reviewers likening TLW to Wilco and Clem Snide as well as the more mainstream likes of The Beatles, The Kinks and (*cough*) World Party.

Roderick subsequently assembled a band to tour, recreating the huge sound of ‘When I Pretend

To Fall’ and playing shows with the likes of Death Cab For Cutie, The Pernice Brothers, Nada

Surf and The Decemberists. Then in 2006 came another hi-fi classic, the more focussed if

slightly less forceful ‘Putting The Days To Bed’, also well worth a listen.

This third record was toured around the UK although, to my regret, I was at another gig the night

The Long Winters played London. But! After a five year hiatus the band’s web-site now promises

another album, currently being recorded to follow up a recent split single with Spiral Stairs of

Pavement. And Mr. Roderick has kept himself busy in the interim, providing vocals and guitar for

over here in Blighty.
So for once a ‘classic album’ in this series comes from an act still in existence, at the peak of
their powers in fact, and expecting to release more superb music very soon. Pop isn’t dead
after all, these days you just need to dig deeper to unearth the best stuff…
‘When I Pretend To Fall’ was available from all the usual online outlets, and for a few quid
second-hand on Amazon, the last time I looked. 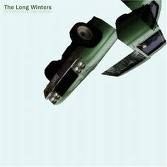 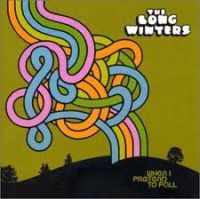