Home Defence UK
A Symptom of a Greater Malaise
MUSIC
with Al Likilla
ALL MUSIC:
Classic Albums You’ve Never Heard Of No. 14 -
Live A Little by The Pernice Brothers

Joe Pernice is a renaissance man and polymath; a published poet, novelist, and even actor, who has

appeared in that renowned American institution ‘The Gilmore Girls’. But what Pernice is most fêted for,

if fêted is a word you can use to describe a cult singer-songwriter most haven’t heard of, is his way with

a melody and deftly-turned lyric.

Pernice has been producing thoroughly lovely music for twenty years now, in the early nineties with

little-known Americana pioneers the Scud Mountain Boys, and latterly as the divertingly-named

Chappaquidick Skyline, a vehicle for his more downbeat experiments. He also released a solo album

under his own name in 2002; the low-key classic that is ‘Big Tobacco’.

But it is with brother Bob, wife (ex-Jale) and other gifted cohorts, that Joe has made his biggest mark, under the banner of the Pernice Brothers. The

group was formed in the late nineties after the break-up of the Scud Mountain Boys, to express Pernice’s love of perfect pop; of Brian Wilson

melodies and the fuzzed up west coast songcraft of the Byrds, one website describing his new band as a “shift from country to tastefully

Their first album was released in 1998 on Subpop, that legendary alternative label usually associated with landmark grunge and yowling self-pity rather than sweetly-sung lullabies. The match proved an apposite one. As its ironic title suggests, ‘Overcome By Happiness’ displays a key Pernice trademark. Its warm melodies are offset by lyrics dwelling on the less salubrious side of life, from suicide attempts to plane crashes, painful break ups or nuclear devastation, unhappy lesbians and, topically enough, hosepipe bans in the summer.

Their debut was well received and paved the way for 2001’s more ambitious set, ‘The World Won’t End’, a record full of superb songwriting

with a big pop rush, and one that would subsequently feature on many a ‘best of’ list at year’s end.

It proved a high-point. Although subsequent LPs ‘Yours, Mine and Ours’ (2003) and ‘Discover a Lovelier You’ (2005) were never less than

listenable, each displaying Pernice’s knack for an hummable tune and well-turned phrase, they didn’t make the same impact. Occasional

fans and reviewers alike were beginning to take the Pernice Brothers for granted.
Joe’s response was to bring back the horns, ramp up the guitars (here supplied by Peyton Pinkerton as well as Bob Pernice), work with a producer he knew from back in the Scud days and go for the big sound once more. Some didn’t like it, with the pseuds at Pitchfork feeling the album was a step too far, annoyingly unsubtle after the less obvious pleasures Joe offered up before. To me, 2006’s ‘Live A Little’ is both an immediate triumph, and the apotheosis of everything the Pernice Brothers had done up to this point.
It opens with ‘Automaton’, an ode to the errant behaviour of someone not quite in control, its staccato jerkiness reflecting the
movement of that titular machine. Here Joe nails the arrogance and unpredictability of others (and himself too perhaps), while
singing in that paradoxically reassuring voice: “Maniac in his eyes looked much the same as mine.”
Next comes ‘Somerville’, a straightforward pop classic exploring that perennial subject; the urge to take a lover and get the hell
out of a sickening town, settling some place quiet where time isn’t wasted with the “vapid and overblown”. This song’s striking
imagery (“dirty ankles on the promenade in rubber flip-flop sandals”) combines with a memorable earworm as we near the killer
pay off line, “don’t care if she’s pretty when we leave suck city”.

In fact, the striking themes and cutting one-liners only grow more pronounced as we indulge in ‘Cruelty to Animals’, a song of

taxidermy victims, abattoirs and “glue spun back into horses”. This track borrows part of its melody from ‘Alouette’, a children’s

song that, disturbingly enough, is about pulling the feathers off a lark (possibly better if that one stays in the original French, eh

mums and dads?) Here Pernice offers his services to those creatures the human race hasn’t yet exploited or destroyed, saying:

The lilting refrains, soothing harmonies and choruses that stick keep on coming, through songs augmented by violins, trumpets,

trombones, cello and even a flugelhorn. ‘Zero Refills’ takes the titular absence as a metaphor for some dead relationship, much to

the narrator’s sorrow (“don’t be too quick to find a better cage” he tells her). Meanwhile ‘High As A Kite’ recalls a drugged up,

summertime experience in London town where “we wore pictures of Strummer”.
Perhaps the most uplifting song here is ‘B.S. Johnson’ which returns to artistic frustration and the suicidal impulse, topics that
so often exercise Pernice. This track is a tribute to the eponymous modernist writer, a man who cut his wrists in the bath after
numerous experiments with literary form such as writing a book where the pages could be read in any order and one with a hole
cut into the manuscript. The author’s growing disillusion with those he believed to have slighted him left Johnson “exacting
revenge in a grotesque way” and it feels like Pernice was inspired by Jonathan Coe’s superb biography of the man (‘Like A
Fiery Elephant’) here, bringing a sugary rush and memorable hook to this tragic tale.
Equally unsavoury, although in a very different way, is the closing ‘Grudge Fuck (2006)’, a re-recording of a song originally performed by the Scud Mountain Boys. This epic of yearning, bad behaviour and stalker-ish obsession gains immensely from its new arrangement, swelling to a burst of cathartic regret and sweet sadness, the hopelessly enamoured narrator crying: “I would give anything to make it with you just one more time.” We understand, from the emotion in Pernice’s voice and from his

poignant delivery, that this can never happen, the narrator left to plead on his knees: “I promise, I’d sleep on the floor. I swear to God I

All this makes ‘Live A Little’ sound downbeat and wordy, and certainly lyrics like “the consequences euthanized the escapade” can leave

a listener feeling Pernice is overdoing it a tad. But taken as a whole, and bearing in mind the sheer quality of the songwriting, the

full-bodied delivery of his band, and the way Pernice’s lyrics are often knowing, ironic, and even funny (see: “Stuck in dumb amazement,

like a dog who’s told to levitate”), ‘Live A Little’ is never a depressing experience
For me, it stands up as a fine collection of songs, one of the best of the last ten years. With the availability of so much music nowadays, and with people like Joe having more than a hundred tracks available for your ears to sample, it can be daunting to begin your exploration. So if you’re heading to one of
those well-known streaming services, start with this record and ‘The World Won’t End’ and see whether these Bros float your boat.
After this album Joe Pernice took a break from his group, writing a novel and associated soundtrack before recalling the Pernice Brothers
name on the muted and minimalist ‘Goodbye Killer’ from 2010, his eleventh collection of original songs.
Even as I type Joe is hard at work on a twelfth record, to be released soon (hopefully). Wherever it takes Pernice, and whatever its overall
effect, this latest evidence of his muse is guaranteed to include more captivating songs.
‘Live A Little’ is available from all the usual online and retail outlets. 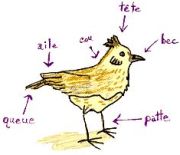 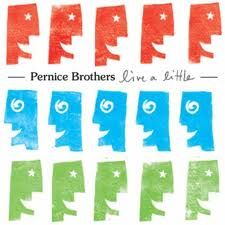