The band Wheat formed out of Taunton, Massachusetts back in 1996, initially

Brennan and Kenny Madaras on bass. They first came to my attention with the single release from their debut

‘Mederios’ (which may or may not be a tribute to the legendary Glenn), the fine, rumbling, slightly ominous

‘Death Car’, a song that made NME Single of the Week and found support on radio playlists around the world.

By the time of the follow up record Kenny Madaras had left and Wheat were upping their game considerably.

1999’s ‘Hope and Adams’, so-called because their recording studio was located on the corner of two streets

MGMT and others), and subsequently release one of the finest records of the nineties. One that is possibly my

favourite LP of all time.

‘Hope & Adams’ was feted in the music press, produced a warm, moving classic in ‘Don’t I

Hold You’, and is far too well known to be the subject of this column. It also impressed the

people at record label Nude (home of Suede) enough to offer Wheat a deal, which is where

In a stroke of bad luck that would basically screw up the career of this talented trio, Nude

them at a stroke. The album Wheat had been working on never saw the light of day and, as

is so often the case, months were spent with lawyers picking out the legal ramifications of

their deal. Typically, this contract specified Wheat could only release their music via Nude,

but it didn’t plan for the label to go tits up. Personally, I blame

Bernard Butler.
Eventually major label Columbia stepped in, and some of the songs from those aborted sessions were
reworked. More were quickly written, and Wheat’s sound began to evolve, up until the completion of their
third long-player: ‘Per Second, Per Second, Per Second… Every Second’ in 2003.

This record is so obscure, it was never even released in Britain. When myself and my

associate Nutsac got hold of our import copies, on first listen it seemed apparent why.

The band we loved so much had gone adult-oriented rock! Initially Nutsac derogated ‘Per Second…’ as

Crows, but I digress), and ‘Per Second…’ wasn’t what we expected from our lo-fi heroes. Their sparse,

fragmented roots had been buffed up and glossed into a sparkling musical shine. The sound was big, it was

pop, it was accessible. Wheat had gone mainstream!
The move appeared to work for them too, at least in the States. Wheat songs appeared on the
soundtracks of movies like ‘Elizabethtown’, ‘A Cinderella Story’ and ‘Win A Date With Tad
Hamilton!’; boundary-pushing cinematic masterpieces all (although I haven’t actually seen them).
The band were subsequently taken on tour by big-but-horrendous acts like Toad The Wet
Sprocket and Blake Babies, or somewhat less horrendous acts like Liz Phair. They even
appeared on Conan O’Brien, performing ‘I Met A Girl’, the first track on the album and an
exploration of that age-old dilemma; wanting to get to know a member of the opposite sex
when you’re already in a relationship. It went on to be a minor US radio hit, while the video
features Levesque singing in an abandoned swimming pool for some reason.
In the meantime, I was listening to ‘Per Second…’ more and more in my furnished room straight outta SW9, and I was beginning to realise that its soaring vocals, nagging melodies, and sometimes oblique but always compelling lyrics, were not so much a betrayal

of Wheat’s past, more a natural evolution in their songwriting.

The tunes got into my head and wouldn’t let go. These were perfect pop songs like ‘Life Still

Applies’, ‘These Are Things’ and ‘Some Days’, all with truism lines written by romantics who

somehow evaded cliché. Levesque would sing: “I get high when I see you” or; “Some days love

takes its time” above what one reviewer called “punchy… big riffs, tight harmonies and sharp,

close Mic-ed drumming”. Then there was the thoroughly euphoric climax to the LP, with ‘Can’t

‘Closer To Mercury’, and that hidden bonus; a beefed up version of the unsurpassable ‘Don’t I

It was euphoric, passionate and exhilarating and yet, despite a 7.8 review (4 stars to you and me) on indie taste arbiter Pitchfork, it simply didn’t succeed. Numbers weren’t shifted, venues didn’t sell out to capacity for Wheat's own headline shows and, once they got back from playing second fiddle in the American enormodomes, it became apparent to both Columbia and the band that Wheat weren’t going to blossom into some massive success story. And so
‘Per Second..’ was never released worldwide, the band got dropped, and Ricky Brennan departed to work
on his own project (‘Duresse’) before concentrating on solo material
That looked like the end for Wheat, and it ultimately took four years for Levesque and Harvey’s love of
making music to rekindle. In 2007 they returned with the independent and transitional ‘Everyday I Say
A Prayer For Kathy And Make A One Inch Square’, formed a new touring band and crossed the pond
to play sets at that year’s Latitude festival and North London’s Luminaire (“No talking while the band
are playing! I SAID: NO TALKING!”) This latter gig was utterly triumphant, with much of ‘Hope & Adams’
and the new record rendered live, but no songs from ‘Per Second…’ (or possibly just the one, I was a
little drunk).
And if Wheat do look back on ‘Per Second…’ less than fondly that would be a shame. Despite the mixed reviews from customers online, half of whom are in love with the record and half have a bone to pick with Wheat for ‘selling out’, and despite the fact Gary

Lightbody from Snow Patrol is a big fan, these are massively accomplished songwriters who know their way around a

verse and a chorus. As ‘Per Second…’ testifies in pretty much every track.

Their latest record, 2009’s ‘White Ink’ Black Ink’, is a thoroughly enjoyable return to form, consistent and charming in

its brevity, and hopefully Wheat will continue to be active for many years to come. Because this
is one tale from the modern record industry that appears to have a happy ending.
‘Per Second, Per Second, Per Second… Every Second’ was available on Amazon for a couple of quid, plus
postage and packing, the last time I checked. 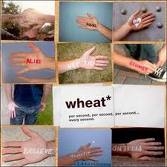 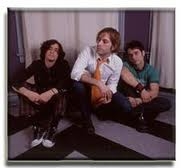 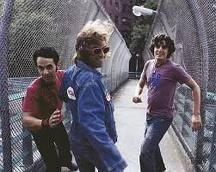