To Lourdes, south-west France, where today reporters from around the

what is either a splendid new idea to assist our economic recovery or a last, desperate bid, at doing something, anything, to turn the UK financial

situation around.
“Myself and Nicky here are both religious men.” Prime Minister ‘Diddy’ David Cameron intoned seriously, while beside him the Deputy PM tried to look stalwart and capable. “With limited sympathy for those bound by the ‘rational’ or ‘scientifically proven’.”

Raising his voice to be heard above a clamour of journalists, Dave went on: “As I’ve said, the UK economy is definitely ‘healing’

and has been ever since I came to power. But thanks to the previous government’s screw ups and other things outside my

control, we’ve lost our triple-A credit rating and are about to enter a triple-dip. So me and Cleggy here thought it was time to

speed the recovery up a bit.”

“To that end,” Cameron confirmed, gesturing at the nearby statue of Our Lady of Lourdes, “Later today we will be using the

traditional ‘divine touch’ method preferred by those with enormous power to ‘lay hands’ on the economy. Being here in this

wonderful, ancient market town, I’m confident we can put everything right, in terms of

our nation’s GDP and debt and so forth.”
Dave concluded by wagging his finger, saying: “I don’t want to hear naysayers going on about ‘evidence’ or politicians being
delusional. If we try hard enough this will definitely work, I’m sure of it. If you don’t believe me, look at homeopathy.”
Mr Cameron then led Cleggy and a skulking George Osborne into the Chateau Fort de Lourdes where they began facilitation of
the healing process, talking of ‘the spiritual dimension of recovery’ and how their personal faith would underpin these efforts.

Although their trip into the French countryside has been billed as a vital diplomatic mission,

country to go on an early holiday”. But others contend the time is right for this initiative, as Economic Psychologist Topper Spugbug

“Mr Cameron has already confirmed there is little chance he will listen to the recommendations of the IMF, Bank of England, all the

leading Nobel laureate economists and many of his own advisors, to halt the current austerity course.” Mr. Spugbug told us

outside a branch of Waitrose. “If the Chancellor, a man with little understanding of such matters, continues to remove demand from

the system, cut public spending to the bone, and leave growth flatlining so the banks aren’t willing to lend, another course needs to

be found, pretty bloody quick.”
“Dave has been saying that the British economy is ‘healing’ for years, and today’s a good opportunity to give a practical
demonstration of that. Of course, the curative properties of this energy channelling he proposes could all be nonsense,
but it can’t hurt can it? Apart from admitting they were wrong in the first place and changing course immediately, this
government has tried everything else.”
Somewhere deep in the castle Cameron and Clegg then appeared once more; now clad in spotless white robes. Both
men proceeded to close their eyes and hum tunelessly in what was apparently an attempt to summon a divine power
to the fore.
A group of aides then wheeled in the British economy, which was held in an ornate, covered casket, while nearby a group of cancer sufferers rolled their eyes and tutted. Cameron and Clegg began to channel the restorative properties of Lourdes by chanting a traditional free market prayer, adding: “I am Clegg, the great physician” or “I am

Diddy, the one who heals you”.

The economy was subsequently removed from storage and placed onto a raised stone plinth. Dave and Nick then followed the

Biblical precedent set by Jesus, removing all rings and watches to place their hands on the ailing institution. A few witnesses

report seeing the economy begin to pulsate as these two men cried out in sonorous voices: “Begone recession! Begone

and I say it true: Economy - you are well once more!”

Later, once the economy had been securely locked away for their voyage back across the channel, and the politicians were

enjoying a vigorous rub-down, a sweaty Nick Clegg told HDUK:
“I’m pretty sure that worked, I definitely felt something. It was as if all the damage inflicted on Britain since the eighties had suddenly been repealed, even as me and Dave were chanting.”
“Call me crazy if you like.” Cleggy went on. “But I think the spirit world will now intervene and regenerate our patient, meaning normal economic operation can be resumed in the UK, pretty much immediately.”
On their triumphant return to London, Dave and Nick were subsequently carried through the city streets, atop the
shoulders of bankers, stockbrokers and hedge fund managers who all cried out: “It’s healed! It’s completely healed!”
But the following morning Britain woke to news of a further downturn in manufacturing and a massive leap in food prices.
This combined with further credit rating downgrades to weaken the pound and cause the stock market to crash.
Following these dramatic events, the British economy suffered a relapse and, at 3.51pm, went into seizure. The economy
could not be revived at the scene, despite the efforts of several paramedics with defibrillators, and it was pronounced
dead on arrival at Lewisham hospital later that day. May our economy rest in peace. 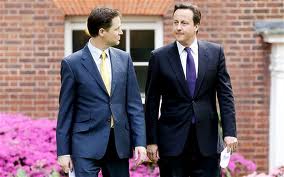 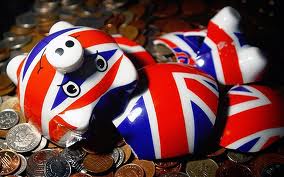 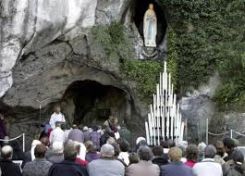