objective had been achieved by allied forces, and any hostilities relating to a war that began back

in 2001 were now over, with the Taliban vanquished once and for all by our brave British soldiers.
“I am hugely proud to announce success in bringing full and lasting peace to this blighted land.” Cameron (right) declaimed at a lectern outside Camp Bastion, shouting over the background rumble of tanks and helicopters. “Later this year we will withdraw all the UK's armed services in the knowledge that terror has been utterly eliminated

from every cave, hole and rocky outcrop across the nation. Thanks to our fine, upstanding officers who have served, fought and

died here, al-Qaida are no more in Afghanistan. There is only love, peace, happiness and a booming flower business, which

The Prime Minister then sniffed the opium poppy in his buttonhole as Nick Clegg applauded enthusiastically from the sidelines.

“Yes, it is most definitely mission accomplished, one hundred per cent,

everything’s nicely on track and the Afghans are in a good place.” Diddy Dave

went on, his plummy voice enveloped by a dust storm that passed across the

desolate, bomb-cratered landscape. “I’ve heard a great deal about that

wonderful paradise we have created here, ever since I flew into this country
twenty minutes ago, so I’m confident our troop withdrawal leaves behind an exemplary democracy hardworking
Afghanis will take to their hearts forever and ever.”
“Just look at that brilliant town over there.” Cameron went on, motioning toward Lashkar Gar in the distance, from
where sporadic gunfire could be heard. “That looks a fine place to live. Now that we’ve secured the whole country I’ll bet
parents are queuing up to get places in its schools!”
A Pakistani journalist then attempted to clarify what exactly had been achieved during a decade and a third of warfare, observing that insurgent attacks were rising as April’s election approached. By way of response Mr Cameron mumbled something about being “grateful to everyone who made this possible” then scuttled out of view.

But others have questioned the official line that everything is fine, totally fine, and it’s really not that big of a deal for the army to

abandon this clusterfuck of a situation. To support their case, dissenters point to the thirty thousand Taliban-initiated attacks on

occupying forces in the past year, as well as uncertainty around the capabilities of the Afghan National Army who take over

peacekeeping duties later in 2014. Indeed, one recent study concluded that these plucky amateurs are more likely to spend their

shifts stealing fuel, getting drunk and cowering in a ditch when things get hairy before deserting altogether, a notably different

approach from what they should be doing, which is standing up to well-armed, mobile,

“I don’t think that’s fair at all, when we started the recruitment process few locals

knew one end of a gun from the other. They’ve since been taught to maintain order with
blackboards, mime, military gestures and other visual aids.” Deputy Prime Minister Nick Clegg (right) told a press conference
after Cameron had run away. “Now more than half the Afghan National Army feel confident firing a weapon in the direction of
something that could be a target, while the last drug test showed less than a fifth of the 350,000 native policemen regularly
using opiates. That’s real progress.”

Outgoing President Hamid Karzai could be seen nearby at this point, observing Clegg’s performance. Karzai (left) had recently signed an

agreement to remove UK troops from the local military base, a building that will be sold on to Afghanis for a few hundred quid, some garish

souvenirs and a sack of unrefined alkaloids. The President’s face remained expressionless as Nick continued:

“Of course, the situation isn’t perfect, but everyone is heading in the right direction and we simply can’t stick around any longer.” Clegg

maintained as the Afghan President nodded his agreement. “We’ve achieved those objectives Tony Blair outlined back in 2001, although don’t

ask me to recite them from memory, and now it’s time to get away while everyone’s happy and safe and the violence has been cured.”

and abruptly ended his briefing.
‘Operation Enduring Freedom’ was launched shortly after the 9/11 attacks with the aim of removing all support for
terrorists who might go to receive training in Afghanistan. The invasion initially drove the extremist Taliban from power,
facilitated equal rights for women, cracked down on the opium trade and made Afghanistan safe for progressives in a
way it had never been throughout the nation’s history. There were other things too, blue-sky stuff that seemed like
it might work in theory but didn’t quite go to plan, amid allied attempts to improve the country by force.
Over the next thirteen years Britain spent around thirty-five billion pounds shipping thirty thousand servicemen out
there, including the Royal Marines, Air Assault Brigade and support staff who would ‘reconstruct’ the inhospitable
wasteland, all of them battling an unseen enemy who knew the terrain inside out while occasionally snapping, which
resulted in bloody massacres such as the Helmand Campaign.

nowhere, dying for a cause no one understood and which seemed to drag on forever with no hope of resolution. Thankfully,

this negative view was overturned instantly this morning by Cameron’s victory announcement, while a celebratory, ‘D-Day’

spirit has overtaken the British public during the countdown to withdrawal. Across the UK many have been taking to the

streets with bunting and retro dance moves to celebrate the first really satisfying end to a war since Britain left Iraq free,

stable, and forever grateful a couple of years ago.

from somewhere in Kabul. “It gladdens my heart to hear your leader spin a pointless
genocide into some kind of win for himself and the taxpayers funding it. Rather than say, a horror story of death and destruction that
leaves my country even more exposed than it was under Taliban rule, with the only jobs available for young men now rigging
elections or working the drug trade.”

“That same trade,” Khol went on. “Which funds terrorism, props up the warlords, harvests enough heroin to

But the recent upsurge in Taliban attacks on aid workers, schools and markets, as well as another jailbreak from Kandahar prison yesterday, has

done little to dampen the spirits of British politicians, many of whom have been pulling Churchill poses and

bunch of Argentinians over some rocks and penguins in the Falklands.

Meanwhile, back in Helmand, the security situation is expected to deteriorate further, with reports that the Taliban
will soon emerge from hiding to regain 90% of the country from bumbling Afghani forces. These extremists are expected to get theri basic
infrastructure up and running by late summer so that Afghanistan can, once again, shape potential jihadi fighters and export terrorism by
the boatload within a year. 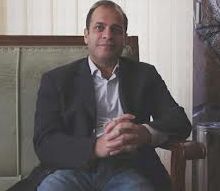 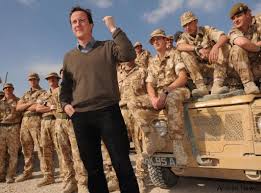 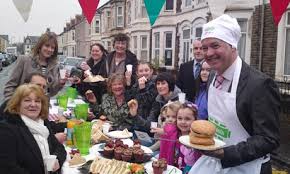 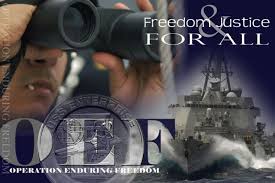 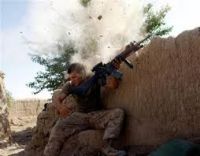 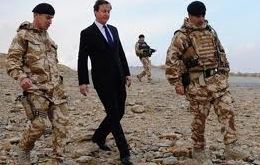