To the England-Scotland border at sundown, where tensions are rising as a result of reports that ‘disaster recovery’ plans

are now in place, prior to next month’s vote on the future of this most northern of UK nations. And with over four million

Scotsmen, wives and babbies casting their ballots in the autumn of 2014, all intent on deciding the future of their homeland,

the powers-that-be down south have become increasingly fearful of a ‘yes’ verdict.

“Of course, we’re still optimistic our powerfully positive ‘no’ campaign will bear fruit on the 18th September.” A visibly unnerved

Merrick Purplex (below left) told HDUK, one representative of the Westminster bubble who fresh from whipping up support across the highlands. “The official line
goes that we can’t imagine defeat, not with our side headed up by the charismatic likes of Alistair Darling and Gordo Brown, also featuring a guest appearance from the Scots’ favourite political celebrity of all – George

“Still, just to be on the safe side, as a back-up plan, you know…” Merrick went on, calming a little as he lost his thread. “There’s a good

the importance of being ruled over by the English - will fail to back independence. Unfortunately most of the opinion polls seem to indicate

the reverse.”
“In this instance, the UK would take immediate action to protect her vested interests, along with those of our friends in the financial industry and thriving oil business up there.” Merrick specified. “We simply cannot allow a newly emboldened state to move our nuclear submarines from the Firth of Clyde and dump them on a beach in Great Yarmouth, as the extremist Alex Salmond has been threatening in private. Or so I’ve heard.”
“Force is always the last resort for our armed services.” Mr Purplex went on. “But it’s also the easy option in this case, since the Scots won’t have an army anymore. The very worst
our brave squaddies might encounter, when attempting to take the country back by force, is a bunch of burly bruisers on Irn-Bru, wielding cabers in a threatening manner while under

In fact, those with an ear to the ground (an expression that actually encompasses a complex and illegal surveillance network we can’t

go into here) advise Home Defence that preparations are underway to occupy the country, should the vote go against the rest of Great

Britain. In that instance, naval Special Forces would be deployed via the beach at Inverbervie, a sleepy coastal town which serves as the

initial ‘invasion point’ should the referendum go wrong. From there, English troops would storm the nearby city of Aberdeen and annex

its ‘black gold’ within days.

But the official line is that such a takeover will not be necessary, since the Scots know what’s good for them. This widespread opinion follows the listing of worst-case

scenarios deployed by the London-based ‘no’ campaign; empty threats that are expected to frighten the Scottish into retaining the status quo when polling day comes

around. These include:
• The removal of all sterling currency from circulation, so the Scotch will no longer retain the concept of money, either in digital or analogue form, meaning international procurement of goods and
services will be beyond their reach (or worse, they’ll have to join the Euro).
• The right to abuse Nigel Farage when he arrives to visit will be removed from all indigenous peoples.
• Rolling taxation on knick-knacks, household products and organic food imported from England.
• Constant jibes and insults from the public school-educated Englishmen on ‘Mock the Week’ who won’t shut up about deep-fried foodstuffs and alcoholic street tramps in kilts. Ha ha HA!

relatives south of the border. In case they’re, you know, terrorists.

• Expulsion from the ‘Team GB’ sporting phenomenon, with immediate effect.

• The BBC will be switched off so that Scots cannot watch English football or ‘Mrs Brown’s Boys’. As an alternative, Scotland is expected to set up its own ‘Caledonian Network’,

boasting a tiny budget and schedule of hurling, tattie-based cookery programmes, the history of granite architecture, daytime sporran makeovers and

• Limited access to our Queen, Prince George, and those other, less fascinating members of the Royal Family, whose names I’ve forgotten.
• Barack Obama to no longer recognise the country, while his friends in the financial sector will feel so upset and betrayed they abandon their company headquarters in Stirlingshire and
never come back.
• Even less fucking chance at Eurovision. I mean, what are you going to do Scots? Enter with ‘Donald Where’s Yer Troosers?’ I mean, come on.

By way of response, the hardline ‘yes’ heads including poet of shit Irvine Welsh and EuroMillions winners Chris and Colin Weir (a couple of plebs

who have been throwing their money at the bloody campaign recently), along with official Chief Executive Blair Jenkins, have publically stated that

all the above are nonsense. And besides, this would be a small price to pay when considering the benefits of financial independence, with each and every Scottish citizen to

receive thousands of pounds in oil revenue, as well as the removal of hated policies such as Universal Credit or the Bedroom Tax. This would combine with improved health care

and the chance to laugh at the English; left languishing in a miasma of Conservative incompetence for centuries to come. All of these are seen as ‘damn good reasons’ to

secede, according to much of the nation.

Jenkins himself pooh-poohs the idea that Scotsmen and women could be left without British citizenship, as the Home Secretary has
threatened, or fail to defend themselves from Russia, or Vikings, or whatever invaders are currently being invoked in the nightmares of ginger children across the land. Instead he
tells the press that a specially-trained ‘Scottish Defence Force’, armed and equipped for just a few billion a year, would be recruited to protect his proud nation from potential threats,

whether real or made up.

“Stuff, nonsense, balderdash and tommyrot.” Merrick Purplex told us when we met again at the Houses of Parliament for a session in their

taxpayer-subsidised bar. “I shouldn’t be telling you this, but I know as soon as Scotland votes ‘yes’ to independence, Edinburgh will request a

referendum of its own. That city’s virtually English, and the economy simply can’t afford to lose hundreds of English stage school graduates

turning up at the fringe every year to perform unfunny shows for a handful of American tourists.”

“And if Salmond doesn’t let Edinburgh have the vote, we’ll liberate Scotland’s capital by force.” Merrick vowed. “A few tooled-up locals in silly costumes won’t be able to stop us.”

The situation was continuing to deteriorate as Home Defence went to press, with the seemingly inevitable ‘Yes’ result leading to much soul-searching among

the political classes. Most recently, Ed Milliband had undertaken a final tour of the lochs to plead for peace, while Nick Clegg could be found moping around

the corridors of power like a cuckolded husband, whining: “Why don’t they like us anymore?” to anyone in earshot.

Meanwhile clashes were being reported on the outskirts of Falkirk, with many locals claiming that hundreds of new arrivals, armed by the Secretary
for War; Big Philip Hammond, had been shipped in to foment unrest among the natives. Indeed, many see the geopolitical picture to the north as increasingly unstable, suggesting that the
Orkneys could follow Edinburgh in declaring a loyalty to England after secession. According to online scuttlebutt, such outliers would be followed by much of the agricultural community,
who currently stand to lose billions in EU subsidies under an independent Scotland, along with the Shetland Isles and isolated parts of the Outer Hebrides. As yet, the powers-that-be haven't
responded to pre-emptive calls for unity with London, but only because communication has been intermittent since the weather took another nasty turn. 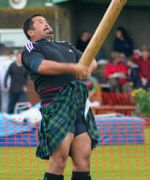 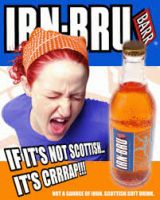 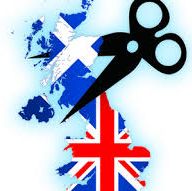 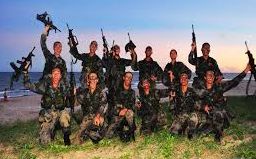 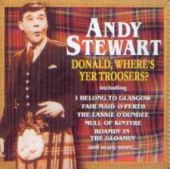