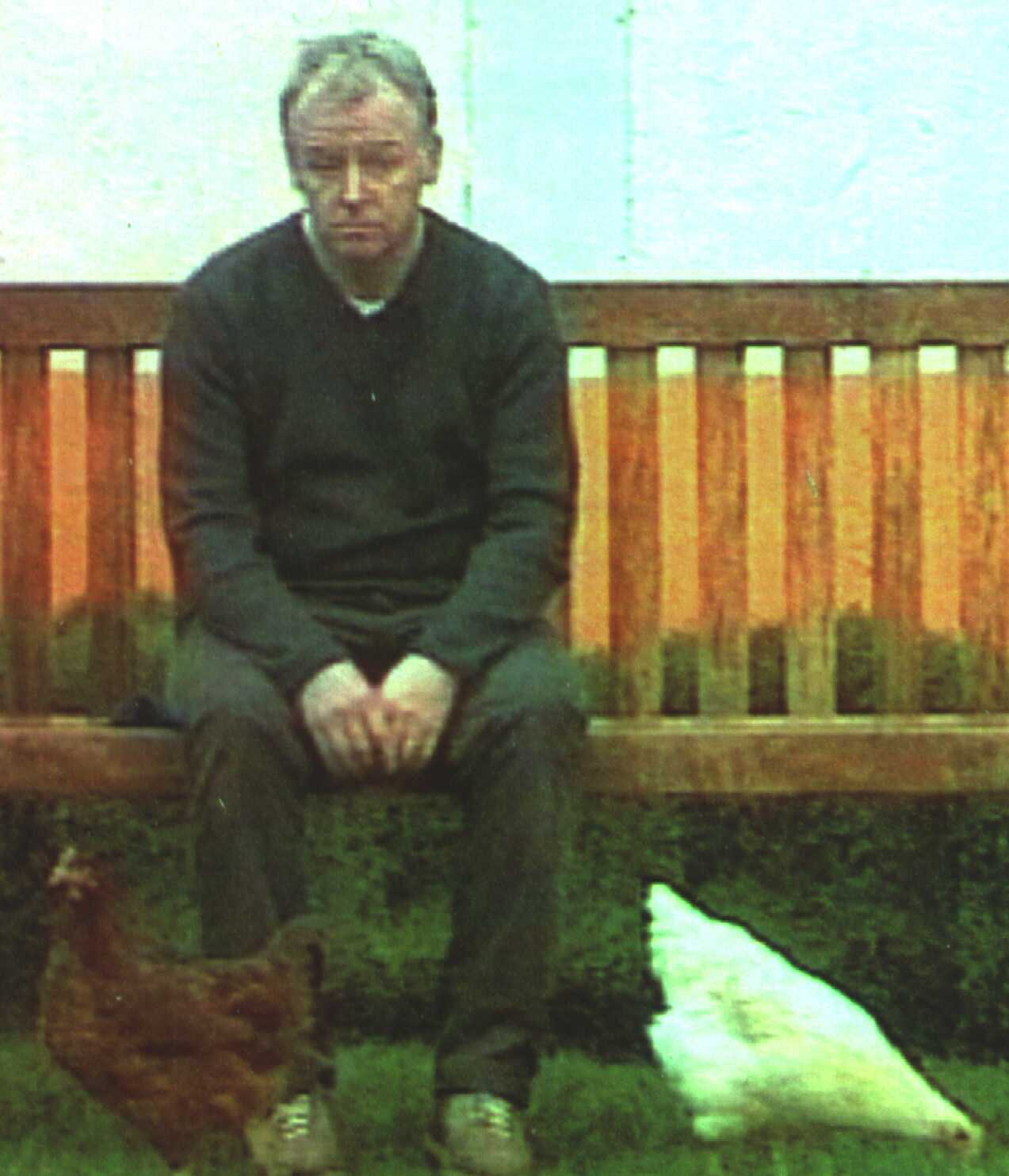 How single people spend Valentine's day.
Have We Lost The True Meaning Of Valentine's Day?
A Home Defence Investigation
14/02/04
February the fourteenth. What feelings does the day evoke for you? Which
images does it conjure up? Snuggly, lovely animal toys for you to cuddle?
Golden heart-shaped boxes of chocolates to stuff down your neck? A boyfriend's
fat, hairy cock with a ribbon tied round it? None of these if you're single, for those
poor souls this annual love-fest can give rise to emotions like anxiety and fear.
The lonely pressured into embarrassing themselves, or left to brood with a Pot
Noodle and a vial of morphine.
Well, whatever you associate this yearly abortion we call Saint Valentine's Day with, it's unlikely to be those values which once inspired our ancestors to call up acquaintances and have a bit of a dance. Just as the Santa Claus we all know was invented by the Coca Cola company and the Easter Bunny doesn't really have much to do with Jesus writhing through his death throes, so a traditional day of love and light petting is nothing more than a marketing conspiracy by thousands of corporations to sell overpriced confectionery, candlelit dinners and French ticklers.
Or is it?
I didn't know. But I wanted to find out. So we at Home Defence decided 2004 would be our year to say enough is enough! This time we'd go back to the roots of Valentine's day, try to uncover the true spirit of this festival and maybe overcome several untoward phobias into the bargain. Our mission would take strength, resolve and (in the end) no little sticking plaster. Luckily we had nothing better to do with the time, not having girlfriends or anything.
First the research, and online encyclopedias led me back to the origins of this celebration, back to those hazy times before religious apathy and reality TV. Back then rumour had it some Bishop called Valentine was martyred in about 270 AD. Sadly no one knows what he did to deserve this. Was the clergyman too free with his love? Had he composed some annoyingly saccharine rhymes? Whipped it out in public? I'd no idea, and apparently no one else did either. They weren't even sure he existed. Bugger.
All this talk of imaginary Bishops was a bit nebulous for my investigation, and I'm not Tommy Cannon. If there's anything Valentine's Day isn't about it's faith, devotion or chastity. No, it would be necessary for me to delve beneath the Vicars, and it was then I uncovered a fascinating fact obscuring the heritage of this mysterious event.....
Yeah, right, um, what happened was, for some reason the English started believing birds would get it on during February the fourteenth. And I'm not talking about women here - actual birds. I couldn't imagine why our once-proud nation started believing this weirdness. Was there more twittering than usual over those 24 hours? Did a load of little wrens suddenly start flying, wing in wing? Then again, there've been some odd beliefs in the UK down the years. Perhaps this conviction wasn't any more abnormal than thinking our football team could win the European Cup or calling Bradley Walsh a comedian. We're a nation of animal lovers after all, maybe ongoing observance of our avian friends revealed a greater degree of bird-on-bird action than usual during this day, shocked 'twitchers' peering through their binoculars to observe not only more 'twitching' but greater levels of grunting, sighing and post-coital cigarettes up in the trees.
It all sounded a lot like seven varieties of flamingo shit to me, but there was one way to settle this point. And so, come 2/14, I strutted down to the village duckpond and attempted to help our ornithological friends get to know each other, thereby proving whether or not birds were indeed more 'up for it' on this day. For the purposes of my experiment (and to stay out of prison), I endeavoured to bring together birds of the same species and not, for example, cross-breed a swan with a blue tit. Unfortunately when I got down to the water all the mallards swam away, and it was bloody cold. It was then that I gave up on wild birds and found

refuge in the warmth of a pet shop where I purchased two canaries, one of each gender, and took them back

to my portakabin. After setting the lights to an atmospherically low level and turning on some appropriate

other formally. Then I stood back and waited for sparks to fly.

The two yellow birds just looked at me funny and stayed in separate areas of the cage. What a crap date, I

felt like Cilla Black without the deformities.
By this point I was about ready to give up. Outside the February sleet was coming down and there was a Channel 5 programme about Daniel Bedingfield's horrific injuries I really wanted to watch. But after some serious thinking and a bottle of Pink Lady I realised my investigations couldn't end there. Instead I ventured out onto the night-time streets of Hackney to conduct some impromptu Vox Pops.
The first people I met who didn't push me away roughly or attempt to offload crack just launched themselves into the usual spiel; how Valentine's Day was only noticed by morons, "too commercial", "too sentimental" and "only about lingerie or womanising these days". Luckily I soon happened upon an intellectual in a suit called Anthony Vallance who was willing to share his opinions with me in more depth.
"What? Are you drunk? Valentine's Day? Look it up son. The tradition involves sending anonymous cards to
single people you like the look of. It's for the youngsters, right? Why then does my wife think it means I have
to book a table at the fanciest restaurant in town, tell her that new frock makes her look like Gabby Yorath,
then be happy when she announces nookie's out of the question because there's church in the morning?
Tell me that!"
By this stage the two of us were coming to resemble a drunken argument in Stringfellows so I thanked
Mr. Vallance for his time, refused his offer of an Improvement Plan for my business and took myself home,
mulling his words over in my head while passing the muggers and carjackings.
So what had I learnt since beginning my quest? Whatever it might have meant once, these days St. Valentine's legacy was just another way of exploiting consumers with shop window displays and the promise of carnal fun. Like every other holiday, this day of caring and affection was about building up expectations so we'd work overtime to afford trinkets and other nonsense, then be deflated when the inevitable disappointment set in.
Well, we at Home Defence don't believe you need to fall for that crap! As an alternative, why not start spending this day as our ancestors once did,  eroticising budgerigars and great bustards? And when a partner asks what you had planned for them this special day, say a Big Mac and oral sex. If that's not enough then they clearly don't love you very much. Tell that ungrateful himbo to sling his hook and sleep with Sean Paul instead.
But then again, what do I know? I'm single.