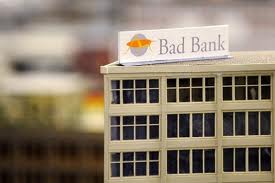 to meet the manager of the local branch of RBS, one Strother Playboy, who has agreed to share

across the land, including his own.

“I understand what the government was trying to achieve, really I do.” Mr Playboy told HDUK

when we met in his cell-like office. “They want to look like they’ve learnt lessons of the financial
collapse by decreeing that state-guaranteed banks like this one should split their non-performing, ‘toxic’ assets into a different section from the regular services, and call that cordoned-off area a ‘bad bank.”

Strother (left) fiddled with his tie before going on: “Everyone in the banking industry needs to cast off past baggage and show

that financial providers can learn from the mistakes of the past. It’s a nice idea; making a fresh start with all this ‘badness’

consigned to a vault somewhere so it does no more harm to our valued customers or the British economy.”

“Unfortunately, someone underestimated the attraction of the bad. Particularly

to young people and non-conformists everywhere.”

overwhelmed by interest from self-described ‘maverick’ members of the public,

small businesses when they need it most. But it seems these disaffected

citizens want a trip to the dark side with their savings and investments, and to

hell with the consequences.
“I suppose the success of complicated antiheroes in popular culture like Walter White, the ginger bloke out of Homeland or Bart Simpson, are leaving audiences drawn to individuals and institutions that aren’t particularly saintly.” Strother mused over a hot toddy later on. “Only this morning we had one leather-clad, unruly dude drive his motorcycle right up to one of our service windows in a squeal of tyres and demand a current account where he could ‘plant his bad seed’. This tattooed biker didn’t care we only offer an interest rate of 0.0001% per annum. He just wanted to burn back to his ‘endz’ and tell the local gangbangers about his new, utterly bad bank. Apparently it reinforces his status in the neighbourhood as a real nasty boy.”

“This kind of thing happens all the time,” The manager went on, throwing up his hands. “I wish the politicians would think more

about the dark side’s perennial allure before splitting these banks up.”

Indeed, this initiative is just one example of poorly-thought out legislation in the wake of the 2008 financial crisis, a meltdown

TSB. On taking control of these operations, the state discovered they were holding many billions of so-called ‘problem assets’

nobody wanted, which couldn’t be expelled from the corporate body. This included diseased derivatives and the spawn of

Credit Default Swaps; mouldy offerings that represented the black sheep of the banking family which, historically, would have

been made to live in the outhouse or backyard after lighting fires and interfering with the livestock.
“The Royal Bank of Scotland is the perfect example of a good bank / bad bank split where the latter holds more allure for shareholders and the
wider public.” Stock market analyst and pop culture guru Slobodan Facepalm told HDUK from his base within London’s square mile. “Any
adolescent could have told George Osborne or Vince Cable that it’s always the edgy one in the band who holds the attention – like Robbie in
Take That or the skinny one from the Spice Girls who always looked like she was coming down from something. She was my favourite.”
“Speak to anyone here,” Slobodan continued, casting an arm across men in expensive suits who were staring at banks of screens. “They all
prefer a bad bitch to a sweet goody-goody and the more ‘toxic’ the better. From Britney Spears to Amy Winehouse to Fiona Bruce, guys love
that whiff of brimstone and evil. Why wouldn’t the same logic apply to banks? They’re just like boy bands in a way; overwhelmingly male and
swiftly passing their expiration date.”
“Take Lloyds TSB for example,” Mr Facepalm enthused. “They’ve just had their ‘bad district’ taken over by a loan specialist who grew up on the wrong side of the tracks. He’s boasted about getting the public share off government books with an iffy flotation. At which point he’ll go straight back to casino style-banking, using public money to subsidise corporate bankruptcy and hitting on anything in a skirt. Such a philosophy puts his counterparts in the twinned ‘good bank’ at risk, but if he pulls it off that’s a breathtakingly effective strategy; brave, dangerous, and really quite arousing.”
“He’s a very, very bad boy.” Mr Facepalm concluded.

So far the Chancellor has been unwilling to place additional restrictions on the beleaguered financial sector, with Osborne (left)

telling reporters his main aim is getting banks re-privatised so they won’t be his responsibility anymore. But with a recent

of ‘good bank’, the situation may soon prompt a Westminster rethink.

Meanwhile, stories have filtered out painting a picture of state-owned splits with two sides working

against each other, as one anonymous member of the public told us:

payment.” He lamented. “But they guided me into the back-room with a pair of senior representatives,

one of them clad in a pale linen suit while the other was all in black.”
“The manager in white acted like he was my best friend before the other one started shouting, then his colleague stepped in to reassure me
again. This went on for an hour and I was getting so upset I accepted a dodgy loan deal on top of everything I already owe.”
“There was just something charismatic about the unpleasant one; I was desperate to win his approval.” The anonymous man confessed. “Maybe
it was the aura of menace he exuded, or the way he insulted me, or his cologne. In the end I found myself buying all sorts of weird financial
services before leaving and next week we’re meeting up for a drink.” 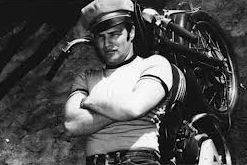 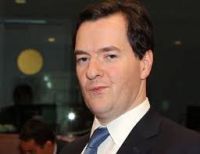