Spatchballs shocked the legal and entertainment establishments by handing

down a sentence of eight to ten years to the British Broadcasting Corporation. This comes in the wake of recent abuse scandals and the smearing

of innocent Conservative grandees, confirming the organisation has neglected its ‘duty of care’ for young victims and the wider public.

“I’m content that, in this instance, the many can be held responsible for the crimes of the few. Well, one of the few in particular.”  Judge

Minty (right) intoned, handing down his verdict of ‘Corporate Molestation’ to shocked gasps. “And with Sir Savile being dead, we need a

scapegoat and quick. The BBC fits the bill. I find the corporation responsible for doing too little to

safeguard society, and particularly the vulnerable adolescents who were distracted by the glitz of

the TV cameras and Sir Jimmy’s enormous cigar. Television Centre is mostly responsible for this

horrid little man, and I have sentenced it accordingly.”
“I do also request the Clerk of Court strike off the testimony of one Mr. Paul Gambaccini.” The Judge went on. “That man is clearly
an unreliable blowhard with a personal axe to grind, and I’ve always been disgusted by his film recommendations.”

Spatchballs was criticised by the BBC’s lawyers, assorted left-wingers and Philip Schofield’s mum, with the

alleged victims. The judge chose instead to follow the prosecution line, which meant the likes of James Murdoch and a number of representatives

from anti-public broadcasting thinktanks taking the stand to decry the BBC. Their legal team will also claim that you can’t just imprison twenty

three thousand staff in one fell swoop, at least not without building several new prisons.

But the government was having none of it, with Prime Minister ‘Diddy’ David Cameron announcing in parliament

that the BBC would be discontinued immediately and its licence fee system revoked, saying: “I’ve always found

it bloody annoying, having to pay all that money for channels I never watch. Downton’s the only good show on TV,

and some commercial station does that. I liked The Thick of It, but apparently they're not making any more. Boo.”
The now-defunct BBC existed for eighty-five years, from 1927 to 2012, and at its peak was the largest broadcaster in the world, with
a five billion pound annual revenue and a reputation for truth-seeking and integrity. Unfortunately, in recent years, the organisation’s
non-partisan stance and need to balance views with a corresponding counter-argument had come back to bite it, especially in

an age of media moguls, political u-turns, and flagrant lies told on a daily basis by elected officials.

When the Sir Jimmy story broke, many saw the dead weirdo as the ideal stick to beat his ex-employer with, ignoring the scandal of

the protection he enjoyed from the police and at the highest echelons of the Thatcher government. Instead, focus was directed

towards the BBC and its ex-Director General George Entwhistle, who resigned after failing to put a decent case for the broadcaster

last month when called up before the Culture, Media and Sport Committee. At the time Entwhistle (left) resorted to answering all

the questions with grunts, twitches and a repeating slouching of his shoulders, a tactic that seemed to work at the time, but

appears less convincing now he’s unemployed.
“No, I don’t agree.” Independent watchdog head Eddington Marabont told HDUK when we met him near the gates of his local
Secondary School. “While many of us grew up in the post-World War II years thinking it was okay to coerce a fourteen year old
girl into carnal fun; surrounded as we were by oversexed rock bands, pervy local radio DJs, and Catholicism, all of which seemed
to operate from a similar ideological viewpoint, today’s verdict proves this simply isn’t the case anymore.”

“The BBC needs to face up to the fact that its extinction is justified. Those working in it should have

done something about Sir Jimmy back in the seventies. So many of them knew, they must have. It’s

100% a corporate responsibility. You can’t expect the authorities to intervene every time a crime is reported.” Eddington was then

distracted by a group of passing girls in school uniform, saying: “Blimey, look at the skirt on that one!” before following them off in the

direction of the park.

In search of a countervailing opinion, Home Defence tried to contact the author of Sir Savile’s authorised biography ‘How’s About That

Then?’ but unfortunately, Alison Bellamy is currently on lockdown and refuses to pick up the phone. However, we did receive a brief email

from her saying: “I took the assignment in good faith. There was no indication he could be anything other than a lovely, grandfatherly old

man; certainly not to look at. Please leave me alone, for Christ’s sake.”

With all other avenues exhausted, the BBC’s base of operations, which comprises Broadcasting House

and Television Centre among other buildings, will now be dismantled, brick by brick, and ground up into
nothingness. Meanwhile, anyone who has ever appeared on one of its programmes or radio shows will be made to sign the ‘Corporate
Sex Offenders’ Register’, a legal document they must disclose in future job interviews and to their new neighbours on moving house.

isolated ward at Broadmoor until further notice, enabling former viewers to forget everything

the BBC once offered our nation and heal appropriately.

As news of its erasure spread across the Twittersphere, tributes to the BBC rolled in from the likes of Jeremy Paxman and

George Alagiah, capturing the sadness of millions, with Lauren Laverne disclosing her shock at “the downfall of another

venerable British institution”. Meanwhile Rupert Murdoch posted his own, unique tribute, which consisted of a twitpic of the

famous billionaire (left) rubbing his hands together under a massive Sky logo with the caption: ‘Rofl! Bring on the new 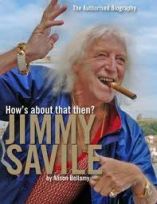