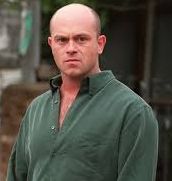 To the Rescue Rooms, a 450-capacity music venue in Nottingham. Home Defence arrives here to meet doorman Harry Glare who, in recent months, has been
vocal about his place at the forefront of our country’s perpetual war against terror.
“The staff had a meeting last months and the latest threats from Islamic State came up,” Mr Glare (right) told HDUK outside a concert venue which has showcased
hundreds of bands since opening in 2003 on Talbot Street. “We all agreed the Rescue Rooms would be one of the top ten ISIS targets in this city, definitely. That
means we all have to be extra vigilant, especially any bloke working security with me. It’s fine for bar staff and the fella on the sound desk to keep an eye out for
Islamic extremists but, let’s be realistic, if any jihadis with machine guns get that far, there’s not much they can do except refuse to serve them.”
“No,” Glare continued, putting on sunglasses then crossing his arms decisively. “I’m the one putting my life on the line here, night after night. That makes it vital, to filter out
murderous ISIS blokes from imagined threats. Why do I do it? So local kids can be entertained by Libertines-influenced indie rockers – that's what makes this all
worthwhile.”
While the bouncer’s heroism has been praised in the local press and by himself repeatedly, some younger residents are sceptical of Harry’s belief he’s protecting them from
‘definite death’. Only last week a letter appeared in the Nottingham Advertiser from a final year textiles student, pooh-poohing these claims. It said ISIS were “unlikely to
attack an obscure toilet venue that sells over-priced lager, one that puts on bands no one’s heard of”. Even if they did, the correspondent went on, Glare would hardly form
an effective barrier against a group of suicidal men with automatic weapons, not even if 'his mate John' was on the door too.
We put this to Harry later that evening, while the doorman was keeping a queue of music fans away from the admissions window for over an hour, making them stand out in
the wind and rain, just because he could.
“Don’t tell me there's no threat to life and limb round here mate. If it weren’t for my constant vigilance, all them punters there would be dead.” Harry asserted, finally nodding
through a group of girls who gave the doorman a dirty look on their way in.
“You can see how nervous they are, and how my presence reassures them.” Glare claimed as he searched the twee backpack of a whining indie kid,
finally deeming it explosives-free. “They might be too embarrassed to admit it, but everyone here appreciates my high-risk work – bottled water in the bin
please love! You can get one inside for four quid!”
HDUK stuck around all evening, hearing the muffled sounds of Goth revivalists ‘Watery Discharge’ headlining, and we can attest no ISIS activity was observed anywhere near the venue. Mr Glare
claimed this was because he remained on constant alert; the doorman only abandoning his post for a couple of ‘comfort breaks’ and to check on some suspicious activity down the road. At about
10pm we thought something terror-related might have happened when the bouncer was radioed to go inside, but it turned out Harry was needed to eject a particularly obnoxious slamdancer. Mr
Glare defused this situation by taking the drunken teenager around the back of the premises and beating him up. 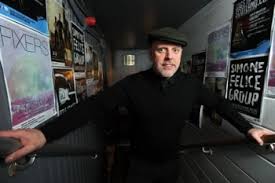 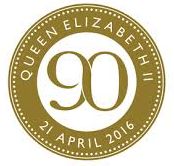