SPECIAL REPORTS
with Al Likilla
Home Defence UK
A Symptom of a Greater Malaise
David Cameron Single-Handedly Detains Hundreds of
Suspected Illegal Immigrants
25/10/14
ALL SPECIAL REPORTS:
To Cheriton, near the Channel Tunnel entrance in southern England, where Home Defence has come after hearing reports
that the Prime Minister, ‘Diddy’ David Cameron, frustrated at a lack of results from those in his charge, has taken the fight
against illegal immigrants into his own, clammy hands.
“I swear it were him, the puffin-faced one off the TV.” HGV driver Tim Nebuchadnezzar told us after witnessing an episode
last night on the way back from Mainland Europe. “Like a man possessed Diddy was, searching every car and crate that came through. Them officials employed
specifically to hunt out trafficked kids could hardly keep up with the bloke.”
Indeed, utilising nothing more than the element of surprise and a borrowed Taser, Cameron apparently unearthed scores of nervy teenagers from around the world, none of whom possessed the relevant documentation.
He then rounded these youths up like some kind of robot sheepdog before throwing them in a nearby ‘racist van’.
“Like Tarzan he were,” Mr Nebuchadnezzar (left) continued, still visibly shocked by his late-night experience. “Diddy Dave
bellowed ‘potential terrorists are not welcome’ then bared his teeth and grabbed scrawny Africans or terrified Chinese by the
scruff of their necks to place them in custody. Them illegals must have outnumbered Diddy Dave twenty-to-one, but it didn’t
faze him in the slightest – our Prime Minister was on a mission to right some wrongs!”
Many believe this episode, which the Downing Street Press Secretary has described as “a good little workout”, was Cameron’s
way of letting off steam after a difficult few months, in which the Prime Minister almost lost Scotland, saw several of his MPs defect to UKIP or resign for
sexting and recorded appalling notices at the Tory Party Conference where right-wing journalists described Cameron’s performance as “fatuous and sweaty”.
But this morning a rejuvenated P.M. appeared for a photo opportunity with Home Secretary Theresa May in the Berkshire home of some very confused Jordanian men,
all subsequently held under suspicion of Visa irregularities. Luckily the suspects can now be taken into custody indefinitely after they failed to declare trips home under
new ‘guilty ‘til proven innocent’ legislation, implemented by the coalition following a brainwave from London Mayor, Boris Johnson.
“Let this be a lesson to the millions of potential terrorists who remain in our country illegally.” Cameron intoned as invited pressmen gathered round and nearby police
knelt on the suspects’ backs, yelling in ears and, in one unfortunate case, blocking an airway. “I will find you!” Diddy Dave promised. “I will personally find you – every
last one of you!”
Nearby May nodded severely as her entourage of stylists were dispatched to make tea in the suspects’ kitchen and the PM
rolled up his jacket sleeves, flexed his arm muscles for the cameras and cried out:
“Look how tough I am! This is one hard, hard man. Don’t even think about trying it on with me or my party – you’ll be taken down my son.”
Mr Cameron was then photographed assisting forensics in their inspection of the suspects’ house and contents, rifling through personal belongings and pointing out strange
knick-knacks that “could be anything”. In a widely-circulated photo the PM was also pictured recommending the police confiscate a substance that could have been
potpourri, or something much more dangerous. 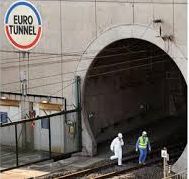