Olympiad. Details of the ceremony have been kept under wraps until now, partly due to security concerns, and mainly

due to the fact that no-one knew what the darned heck was going on.

Now, the new itinerary has been unveiled, incorporating the suggestions of the public as part of a desire that

these will indeed be the “People’s Games”.

“Today’s listing of events has its share of surprises,” gurned artistic director Danny Boyle at a

packed press conference yesterday, today and indeed tomorrow, “but I think I can guarantee there’ll be something for everyone.”
The list of events in full
12 NOON
Rupert Murdoch will carry the famed Olympic torch into the stadium seated in a golden chair carried by Prime Minister Cameron, Deputy
Prime Minister Clegg, Labour’s Ed or Dave Miliband and the chair of the PCC.

crossbow into a hydrogen balloon containing the cream of the world’s paparazzi. The resultant fireball will

The Games are all about people of all faiths putting their differences aside, coming together as one and condemning atheism, so leaders of the

main religions will unite, form an orderly semi-circle and stone theologian Richard Dawkins to death.
4 PM
Each of the leading sponsors of the Games will perch on elevated platforms, training their high-velocity rifles on anyone who is in breach of
the strict regulations about bearing the logo of anyone not sponsoring the event.

Athletes from every participating country will enter the stadium as one, wearing identical chivvy shell-suits and waving the little flags

of whichever country has bid the most moolah for them. The North and South Koreans will be separated by China, the British and

Argentineans by Sean Penn and the Middle Eastern countries will refuse to recognise Israel, marching blithely across their heads.
6 PM
In a half-arsed attempt to relive the defining moment in Trainspotting Danny Boyle has decreed that for the opening ceremony
sprinters will be allowed to take as many drugs as they can ingest then run erratically towards the finishing line.

members of the IoC coerced into trying to jump across it – lengthways.
8 PM
Bailiffs will begin the tricky process of repossessing the entire stadia, towing it towards a vast Essex pound, but luckily the Chinese will arrive
on the scene just in time to bail us out – again.

The opening ceremony (and indeed Games) will close with the most spectacular fireworks display in history, courtesy of our good

friends at Al Qaeda alongside some SAMs which will be launched from the roof of the flats next door. You know – the ones with a big

target on the side.
10 PM
A fleet of ambulances will leave the smoking ruins of the stadium carrying the corpses of the participants.*
*Probably. 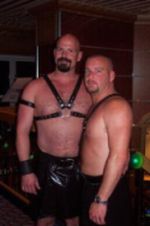 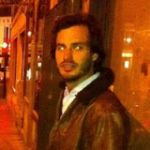 Not to be used under ANY circumstances, even if you’re a proper Londoner: logo
Irritating twit: Boyle
Listening: Murdoch
Direct descendant of Marie Antoinette: de Soultrait
Mano y mano: two blokes who don’t bear even a passing resemblance to BORIS JOHNSON and SIMON COWELL yesterday
Like, TOTALLY stoned: Dawkins
Simply protecting their legitimate business interests: the sponsors
Fucking interminable, if I’m honest: some athletes sometime before yesterday
Back when the Games were still rather fun: Ben Johnson (not that one)
Burning all YOUR money, and laughing hysterically while they do it: IoC
The word that usually materialises in their thick little heads whenever you ask a racist Englishman to define a Chinaman: inscrutable
Big, loud and VERY gay: a fucking great big bomb yesterday
1