And so it begins. Just weeks into a new decade and, across

Britain, those who lived through and were shaped by that

decade known only as ‘The Naughtys’, look back on them

fondly, feeling something similar to the new-born’s overwhelming desire to return to the womb. Those ten era-

defining years, which experts estimate ran from the start of the millennium to the end of last December, are already the basis of multiple communal events and populist movements, those who made it through this time alive spending their days looking back warmly on a decade of Swine Flu, Harold Shipman and Top Gear.

“Just last night I had friends round to watch some of the later, less funny episodes of Friends,

Home Defence. “We mentioned how long ago it seems now, back when Will Ferrell was king of

the box office and people used to wait on tenterhooks for the new Harry Potter book. I used to

see them, queuing round the block outside Borders in all weathers. Remember that? Remember

‘Borders’? God, I used to love those times. It’s so sad that whole era is over. At least I’m able to

recreate key events every weekend in my bungalow. We need to keep the

flame of the Naughtys alive!”
Delving into this tendency among many to gather and remember a time gone by, HDUK dropped by a special
‘Naughtys Revival’ club night in Derby where attendees come in themed costume. Once there we mingled with
men dressed as Jonny Wilkinson alongside dozens of Susan Boyles (or ‘Hairy Teacakes’ as they style
themselves), and found one club-goer, a Peta Buslapped, done up as Paris Hilton and taking a break from
dancing to the mega-hits of yesteryear such as Burial and Speech Debelle.
“I suppose grime and dubstep is a bit passé or naff these days, but I just love the toons man, it’s
what I grew up with.” Peta told us. “You have to keep the sounds of bygone times alive, otherwise they’ll be forgotten like some kind of long-dead relation. I come here every Friday for a bit of cheese and to shake my moneymaker to music that has dated terribly, like Will Young, or Craig David. Ooh… is that Michelle McManus the DJ’s put on? I looove that song! You’ll have to excuse me.”
Miss Buslapped then bogled to the centre of the dancefloor, leaving us to share an awkward silence with a somewhat intense man dressed as Simon Cowell.

Those who remember the Naughtys knew them as a decade of incessant terrorist threat, saturation-level reality

TV and Michael Phelps. They were times declared intrinsically ‘naughty’ by Graham Norton early in 2000, and

were to remain extremely badly behaved right up until the end of last year. This was an era of plenty; of celebrity

obsession, endless personal indulgence, and misleading entries typed directly into Wikipedia. But not every

development in our evolution during that lost time is looked back on fondly, particularly by old people who

tend to focus on the pervasive fear, massive tsunamis, and fact nobody really knew their neighbours anymore,

not to talk to anyway.
Incredible to think of it now, but during that far-off time the people of this planet were content to elect a Caucasian President and actually believed the Labour Party had the well-being of the British people close to its collective heart.
Still, not everyone is keen to live in the past. New decade advocate and audible online
presence Dongle Permitted (22 - pictured right), is one of the most pervasive voices against the
rise of the Naughty industry.

“This is just nostalgia for the past innit?” Dongle sniffed. “Everyone who’s totally Naughty
wants to go back to when they were younger and a bit less saggy. I really hate the middle
class types with their al-Qaeda theme parties who dress up in the fashions of yesteryear. All
those wet-look leggings and executive shorts. They’re just living in the past man.”
“What they don’t think about.” Mr. Permitted went on. “Is how horrible that period really was.
I remember people used to get in fistfights over the Euro in the street. Also, and I know it’s
hard to credit, but back then not everyone had an iPhone. True fact. Me, I’m just glad the world has moved on from such primitive obsessions. I’m a huge fan of this new world we’ve entered, one which I’ve christened ‘The Tweenies’. Check out my blog for the full lowdown.”
Others see the Naughtys as a more wondrous and innocent time. Back then naïve politicians refused to believe climate change was a problem, instead embracing deregulation or the free market as well as encouraging a banking industry that was somehow thought to be a good thing. Such beliefs have now passed, understandably and irretrievably, into history, along with the less optimistic associations of the era such as foot and mouth, Jean Charles de Menezes, and speedos worn by fat men.

Perhaps the final word on this campaign should go to cultural commentator Bontil Pyre:

“The Naughty movement is an expression of an entirely natural tendency. Human beings

always want to relive their best memories, that’s why there's been an upsurge in Naughty

memorabilia and themed weekends at run-down holiday camps. For me, I hope my children will

remember the lessons of that time. How going to war in a foreign land over something obscure

may not be such a good idea, or that interest rates can go down as well as up. If my

kids grow up realising their credit isn’t unlimited, and that house prices might not continue to

rise forever, then perhaps some good will have come from that strangely-named decade after all.” 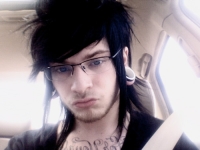 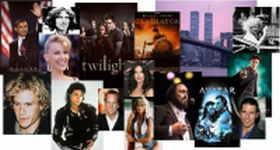