EXCLUSIVE - INSIDER FAME SCRUM!
Home Defence UK
A Symptom of a Greater Malaise
Lock Up Your DJs, Its...
Minor Celebrity Gossip!
Your Men Luring Tory Politicians Into A Twin Room Stuffed With Catamites – Al Likilla and Mark Piggott!
ALL CELEBRITY:

marijuana cigarettes or ‘joints’. George then proceeded to get behind the

normal and dandy.
What happened next is open to conjecture, although tomorrow’s tabloids are expected to run with the line that the 47-year old former Wham heart-throb intended to go up Hampstead Heath and engage in sexual congress with a pot-bellied accountant called Graham. Conversely, Michael himself is quoted as saying he had a 2am appointment to “conduct some charity work”. What is certain is that CCTV footage released by police shows Mr. Michael’s car weaving its way around Belsize Park with the headlights off at a speed of approximately 12 miles an hour. His vehicle is then seen to veer off the road and crash into a building or inanimate object of some kind.

shock and dismay to Home Defence:

“No one expected this to happen. I thought George was fine when he left our mansion, although he did

walk into a pillar on his way to the car. After George crashed his 4x4 into a shop a few months back he

promised never to do anything like this again, and vowed he definitely wouldn’t go into the bushes in search of

George, and I publicly forgive every heavily-botoxed inch of him.”
When the police arrived at the scene of his crash they found Mr. Michael slumped over the dashboard, snoring
fitfully as bystanders gathered to touch his hair and watch smoke emanate from the vehicle’s engine. Michael
was then issued with a summons for a court appearance later in the year, where he was expected to receive a
nominal fine but was tragically sent to prison instead like a hairier Oscar Wilde. Following his scheduled
release in early October, George will drive his new car into a different stationary object some time in early
2011. 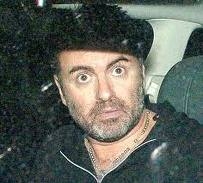 Shock News: “Nobody Cares About The One
Show”
06/09/10
Fleet Street editors were united in horror and disbelief today when it was revealed that the
general public don’t particularly give a monkey’s about who presents “The One Show”.
Nor do they really care about why Adrian Chiles went to ITV, the sexual chemistry or lack of it between male and female presenters on the show, or what Christine Bleakley did on her fucking summer holidays.
“This news is dynamite,” said one Fleet Street insider speaking from the pub at lunchtime. “If it’s correct, and so far it hasn’t been corroborated, then for the last few years the finest journalistic minds in the business have been completely wasting their time.”

“It’s not that we don’t care exactly,” said one member of the public gently, “it’s just that really,

there’s other stuff in the world going on, apart from hearing all about the hosts of some Panorama

type throwback that nobody with a life actually watches. But hey – I’m sure all these newspaper

editors know what they’re doing. I mean, they have media studies degrees, don’t they? It must be

us who are in the wrong.”

Reanimated Corpse Of Jade Goody Enters
‘Ultimate Big Brother’ House
12/09/10
The Big Brother house and, as the final Channel 4 series of this groundbreaking reality TV
series reaches its climax with plastic-surgery enhanced former contestants strutting through
the innovative visual abortion that is ‘Ultimate Big Brother’, producers Endemol have pulled
one last surprise out of the bag. Last night, screaming fans outside the heavily monitored
residence were treated to the appearance of a pimped-up hearse, out of which the reanimated corpse of the show’s most famous dead person, Jade Goody, clambered unsteadily. As this rotting part-cyborg lurched its way up to the ‘house of dreams’ in a sickening parody of life, Davina McCall was heard in the background weeping and asking God both for forgiveness, and to rescue her career.
Jade Goody was renowned for her ignorance, stupidity, prejudice and inspiring young girls to be tested for cancer, but since her final days reading celebrity magazine specials that included memorials to herself and subsequent death last year at the age of 27,

Jade’s public profile has dropped somewhat. That was until the agency representing her family gave

robotics and artificial unintelligence technology to reanimate this bald fleshbag, before sending her

back into the 24-hour televised environment that was the scene of her initial breakthrough in 2002.

Defence in-between bullying a taxi driver and punching some

photographers in the face. “This will be Jade’s farewell set of
press appearances, after which we’ll let her rest in peace. My wife wanted to do one last
beautiful thing for our kids. Or, at least, we think she did. What’s left of her only really
makes a kind of ghoulish unngh! noise.”
Within 24 hours of entering the house Jade’s corpse had caused a tabloid stir by exposing
herself at the dinner table, before racially abusing Big Brother 6’s Makosi and stripping
naked to jelly-wrestle comedy rapper Coolio.

Why Can’t Our Football Team Bribe
Anyone?, Ask English
17/09/10
It’s the question all sports fans are asking: just how widespread are these
betting scams, and why can’t the England football team get in on the act?
“Let’s face facts,” said one fan as he inspected his soggy £26 sandwich on
Wembley Way yesterday, “we’re never going to beat top-notch teams like
Bolivia and Estonia without bunging them a few quid, so what’s the problem?”
“The problem,” said a spokesman from the FA, “is that we gave all our money to that nice Italian man* and consequently haven’t got any money left to bribe people with. We just didn’t think things through. What can you do?”
* Inserted at lawyer’s advice 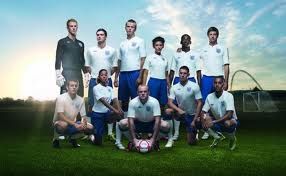