minority voters. They say that, come election time, we will struggle to get back in without that liberal lot.

I realise this may come as a shock to you, but some people don’t actually like us. They think we’re just a

bunch of toffs, and it’s even been suggested the Tories are out of touch with the electorate.

While it’s easy to blame all this on the poor for not knowing their place, it seems we have a slight image problem that needs to be redressed before

2015. Big Dave is doing all he can to attract the female vote, and Theresa has achieved wonders in popularity levels with prisoners and unwanted

“illegal” types. Meanwhile Gove has the full support of the education establishment, Hunt finds the NHS and court of

appeal backing him all the way, as it did with Duncan-Smith who's getting everyone with a disability on board (or on

benefits). Only Eric Pickles fails to be fully ‘on message’. Still we must do more, aside from continually pointing out the

economy would be wrecked if Labour got a crack at it in 2015. We must be loved by the little people, the voters;

those people who actually pay tax.
To save the day our Australian policy guru Lynton Kwesi Crosby has come up with a surefire wheeze to garnish those extra, hard to reach parts of the electorate. With his experience appealing to minority voters in his home country, Crosby has observed, quite rightly, that our party is often criticised for being out of touch posh boys, with not

a clue how much a breadmaker costs and all that sort of thing.

outside our demographic. Therefore, to get those extra ticks in the election box, we must go the extra mile by appealing to your

common person and minority voter. Now, I realise for most of you this is indeed a “big ask”. Many in our party have minimal contact

with poor people or ethnic types, not unless they’re working on our estates, malingering at conference time or delivering groceries to

the kitchen staff. But I’m sure the younger members of our party (such as Little Billy Hague) can help to bridge this gap between the

haves and the 'go home' have-nots.
You may have read in the proper press concerns that decent, middle class children are failing in their grasp of basic English; instead
choosing to speak some form of odious Jamaican slang. This is not Gove’s fault. I have no comprehension why speaking like a Rastafari
should appeal to well off white kids from nice neighbourhoods. But the fact remains it is happening as I speak (properly, I might add,
and with cut-glass diction). In the past, we have countered the degeneration of language and our young by forging tough Policing and
Educational policies, stamping out errant behaviour with fines, prison and exclusion for misbehaving youths. However, Kwesi Crosby
believes our new situation could be a golden opportunity to connect with the wider electorate. To accompany our 'Help to Buy Votes'
scheme, we therefore intend to roll out a new Tory-speak ‘patois’ initiative, aimed at winning the votes of the “little people” as we head
toward 2015.

At the next party conference, we Conservatives will introduce a clutch of even more outrageous vote-grabbing policies, to bribe a

public too stupid to realise we’ve no intention of honouring any of them. We’ll also be dropping future references to the ‘Land of Hope

and Tory’ hymn sheet, replacing it with this new ditty, composed by Kwesi Cosby.

The theme song comprises our new, patented Conservative mantra (set to dub, whatever that is) and is played over loudspeakers

from non-racist vans which will tour the country, appealing to the younger Tory and colonial voter.

Here’s a sample of what to expect over the coming months:
Inglans fo di’ Rich (Jamaican edit)
Di poor haffi struggle fi mek en´s meet
wi makin sur y’u hard fo’ et
wi’ d blam’ em poor fo d’ ier povati
na d’ er falt of dem austeriti
w´en dem gi’t di lickle b’ enifit
w’ dem rab it wid dem sanchun rackit
inglans fo di’ rich
dere’s no escapin it
inglans fo di’ rich fo sure
y´u haffi know how fi survive in it
Mi’  buya liccle proparti
wi’ d help to buy fa George fa me
me rentit tout to afam ily
wi’ d plenti rento by cash spondooli
id cleva tory polici
wi buyin votes wi’ de economi
Inglans fo di’ rich
di’ ers no escapin it
Inglans fo di’ rich fo sure
di’ r aint no place in inglan if u poor
wi’ d kep’ en cost’ n waygis lo
wid wokin right n hours zero
wi’ d sellin offa London toun
to ani won who cum aroun
but sellin dem who cum aroun
di’ pay no tax for dem way’ aroun
inglans fo di’ rich
di’ ers no escapin it
inglans fo di’ rich fo tru
me wunda how Osborne ged awey wid’ it
Repeat chorus, then repeat from the top and you've a winner on your hands. An Eastern European version is planned for March 2015 with a polka band theme, while a planned Scotch rendition set to bagpipes is in the pipeline for Spring next year.
Obviously, we at the Conservative Party need to appeal to as many voters as possible in these austere times, an era which was
clearly brought about by the economic mismanagement of the last Labour government. They are responsible for the mess we’ve
been left to clear up, not Wall Street bankers or the global sub-prime farrago, just Ed Balls, effectively acting alone. But thanks to
our hard work you’ve never had it so good. There is nothing to fear in alienating older supporters with HS2 and ganja style. No,
judging by the attendance at our recent party conference, most of them will no longer be with us by 2015, or else too senile to
vote. So, I ask you all to embrace this progressive move toward young person’s patois, or ‘Tory Speak’ as I like to call it.

Our party’s very survival depends on you and your family, friends and public school offspring supporting this scheme by speaking

‘Jamaican’ at every opportunity. It will give us Tories the street credibility we deserve, while appealing to post-colonial and slum-dwelling

types alike. This forward-thinking initiative furthers our message to those at the edge of society, not to mention throwing a giant spanner

into Farage’s plans for stealing our vote share. Nigel may have shown his cards too early in attempting to out-nasty the nasty party amid

far-right UKIP shenanigans, but plans are afoot to nullify his party of cranks and loons. We’re ahead of the game, and we’ll be going

all-out to attract minority and immigrant types to our cause (as opposed to just deporting them).
Remember, the children of the middle classes are the Tory voters of tomorrow. It’s their prospects we’re buggering up. Many of them may
not like our politics, but if we have some street credibility, at least we can push any old privatisation policy on them. It won’t be hard to
respond to the offer of free shares, a promise of bling bling or the shiny-shiny, simply by marking an X in the box.
Blud, we workin’ for you, not Babylon innit. Truth.
Rrreeeespekt.
Quentin 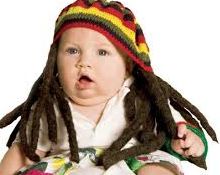