WESTMINSTER DIARY
with Quentin Workshy-Fopp
Home Defence UK
A Symptom of a Greater Malaise
The Word From The Summer Parliamentary Recess
22/08/13
ALL CELEBRITY:

While Big Dave’s off in Cornwall enjoying photo-opportunities at one of our members’ many second homes, I’m

membership). George’s handy house-buying incentive has been used by many; the ruling classes alleviating the

housing crisis by buying second homes, renting them out to middle England types, and re-inflating our housing

More policies are coming to fruition, and even if IDS continues to push forward with his Universal Cock-up plan, at

least he’s making the benefit-dependent familiar with destitution. Generous George has pulled the economy round,

based on non-existent jobs of zero hours for the minimum wage, so its a win-win for us rich folk. Everything is

glorious in the English country garden, with Millibland’s lack-lustre performance going from bad to worse. As we

surge ahead, ready for the next election, Labour puts the boot in to him, meaning we don’t have to. Really, it’s a

wonder anyone knew who he was to egg.

Yes, we’re back in the free money, and with the prospect of unlimited shale gas under our feet, we can tell those Europeans

where to get off. England will become energy self-sufficient, splurging the additional income on pointless projects. I accept

those in Balcombe and other English villages are concerned about the prospect of fracking, but we can buy the natives off with

trinkets and the shiny shiny. As for the protesters, we have schedule seven lined up,

In addition, Jeremy busily sells off the NHS family silver to our friends in the city, while

Gove is making sure no child will ever again get a proper state education, or more than

a couple of GCSEs. Our plans for making Her Majesty’s Prisons double as call centres

is well underway, with a trial run at two institutions, while plans to cancel legal aid
coincide nicely with the destruction of employment law. It’s looking good for a return to traditional, feudal Britain; a land where
everyone knew his place and could be flogged or deported for failing to show the proper respect. Remember - having a job is a
privilege, not a right. You’ve never had it so good.
Now for the bad news. Last year’s bill from the Department for Welfare and Pensions shows how far we still have to go. The DWP has the biggest spend of any department in the UK and we must put a stop to all that. Paying out £166.98 billion in 2011-12 (of which £159 billion was spent on benefits, or 23% of all public expenditure) is no longer tolerable. Not if we intend to transfer this money offshore and into the private sector for safe keeping.
In fact, we can no longer foot the 47% of benefit spending that goes on state pensions, currently standing at £74.22 billion a year. The UK spends more on old people’s benefits than debt servicing. Old people cost too much, and many are too decrepit or demented to actually get it together and vote for us. That’s why we’re revising the Liverpool Pathway scheme, to roll out a replacement in early 2014 entitled: ‘Scouser Cul-de-sac’. From next year there will be no pensioners scrounging off the system, not after retirement age is increased to ninety. Any shirkers under that age, who think they can cheat the system by signing on, are in for a rude awakening.

Indeed, there will be no unemployment benefit for those between the ages of sixty-five and ninety. Instead, we intend to

at all good food banks. This will go some way to reducing the local authority spending bill. Anyone who dies on workfare

can expect no sympathy, and we would ask those who may imminently shuffle off this mortal coil to do so quietly, in one of the

many hospitals we intend to close. Or they could to present themselves as infill for the forthcoming HS2 link.

We will also bear down on the current Housing Benefit bill of £16.94 billion by making 50% of the population homeless. Those

on benefits who aren’t living in a slum already will be forcibly moved to cheaper, cardboard accommodation, or told to go back

to their country of origin. Just look at the success of our fantastic mobile poster campaign.
In addition, DLA will be abolished and replaced with a new system of ‘necessary need payments’: you don’t need it and we don’t think it’s necessary. Since you’re all shirkers, and could clearly work if you wanted to, this will save us £12.57 billion. We've made great in-roads into the Jobseeker’s Allowance, with daily signing on for persistent offenders. This will be extended to hourly signing on for all, making sure you skivers get fed up and take zero hours or minimum wage contracts instead. This will save £4.91 billion.
And finally, HMRC, who are responsible for tax credits and a child allowance spend of £12.22 billion, must see that’s far too much. How can we expect to rebalance the economy while facilitating generous tax breaks for business when all the bloody shirkers keep having kids? Tax credits and child
allowance shall be replaced with food bank vouchers, on a first-come first-served basis.
We work for you, not ourselves: your fundamental needs are our problem. And remember to vote Conservative. Because, let’s face
it, with Labour there’s no real opposition.
Kind regards,
Quentin Workshy Fopp MP 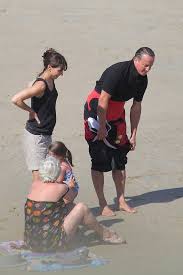