I realise, with the summer recess fast approaching, that most of you will be busily working in your respective constituencies, or fighting off the

immoral advances of corrupt journalists. But please, spare some time to consider my proposal for a private

members’ bill, to be introduced into parliament at the next sitting. The other evening, over a delightful country

supper in Big Dave’s kitchen, Michael Gove and I discussed moral decline and how the Conservative Party can

counter this fall in moral standards. The unjust accusations against Paddy Mercer and Timothy Yo are just

the tip of the iceberg when it comes to the contempt our lower orders have for their betters. They simply don’t

deserve us, those who work so hard on their behalf.

As Michael was quick to point out “first we need to get back to proper use of the English language”. And while I agree with Michael, the problem is

just as likely to lie with unruly socialist insurgents, acting like fifth columnists within the primary school system; corrupting our young with their

'lefty”'ideals. But what of the adults? IDS has made a good start by solving the country’s obesity problems. He has ensured that all

those undeserving types get a mere fraction of their daily calorie requirements, and then only from food banks. Meanwhile Jezza

Hunt is doing his best to stop the poor taking advantage of our health service. And yet, we still need to do so much more, to bring

decency and the fine tradition of knowing your place back onto the nation’s agenda.

These days every other word spoken by our undeserving poor seems to be an expletive,

coming either before, after, during, or even instead of a sentence. In fact, according to one

opinion poll, 5% of nice, well-off people, can’t get through the day without hearing some pleb

use a swear word. Not surprising really, given that the same poll found 90% of poor people

are regularly swearing at themselves and those around them, blaming anyone but themselves

for the decline of our country. It’s obvious the poor are cursing more than ever before, and that
this change in culture is both a symptom and cause of moral degradation (and in no way reflects upon our policies and any failure
to reduce the GDP debt).

As supremely qualified and self-appointed moral guardians, we Conservatives worry swear words have now become so prevalent, they are

in danger of losing their taboo. Even considering John Major’s outburst on his Eurosceptic cabinet

colleagues, or the fabrication that was ‘Plebgate’, proper politicians must stop throwing in the odd

profanity, even when faced with treachery.

But it is the upsurge in swearing by poor people that has become the true harbinger of societal decay, not
clever austerity programs that efficiently redirect the nation’s income to those at the top. We need to make Britain great again, and so, I
come calling upon you men, upright and true, to support this bill, which I have painstakingly drafted over a number of minutes in Michael’s
company, on a beermat.
Both Michael and I agree; it is time to return to Victorian standards. No, not the introduction of prostitutes to our streets, or the poorhouse for those who cannot access social housing, but a place where sexual and excremental obscenity is so beyond the pale, that any word bringing the human body to mind will be deemed

inappropriate in polite society. Supposedly innocuous words including 'trousers', 'leg', and 'sweat' will be kept from polite discourse if

combined with an expletive. Common people in Britain are already being prosecuted for "racially aggravated harassment", with or without the

F-word thrown in. Now we must go further to stop the rot.

To halt this decline, and with your help, my bill will be raised to parliament, making foul language a criminal act and removing offensive words

from the dictionary. We will introduce stiff penalties for those who dare to use any banned combination of words, in public or private. My

proposal will make the use of the following words officially lacking in moral integrity, their proponents liable for a fine or prison term of three

All of these are to be criminalised, with the exception of ‘fuckingplebstory’ which may be used in parliamentary discourse, or when

addressing members of the constabulary. However, the public or private use of the non-word ‘dishonestory’ could result in a penalty of

death for the transgressor, their family, friends and aquaintances. Oh, and we’ll stop their benefits too.

We Conservatives know that swearing has been around for thousands of years, and although the specific words have changed, the chorus

of anxiety accompanying them has not.

Swear words such as these will surely usher in moral collapse should we fail to deal with them. Therefore it is
our duty, as right-minded, God-fearing, red-blooded, heterosexual Conservatives, to support this proposal before UKIP come up with something
better (although they have already pipped us with the 'scotsbastards' hashtag on Twitter, the fuckers).
This is more than a question of free speech, it is time we put the lower orders firmly in their place through the tried and tested medium of
outrage and shouting. I look forward to your support.
Regards
Quentin
WESTMINSTER DIARY
with Quentin Workshy-Fopp
Home Defence UK
A Symptom of a Greater Malaise
An Open Letter From Quentin Workshy-Fopp
June 2013
ALL CELEBRITY: 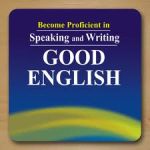