With Big Dave’s recent reshuffle, quite a few juicy job vacancies have suddenly come onto the market. Dave obviously felt it prudent, with an election on

the political horizon, to have more token ‘wimmin’ in office to garner votes. Which means I failed to receive that Ministerial post I was promised - some

bloody tart got it instead. It therefore saddens me to announce my sudden promotion to the office of Under Secretary for the Secretary of the Secretary’s

Special Advisor to the Minister for Justice; Prime Minister in waiting, PILF, and surprisingly-still-in-post Teresa ‘Plod Basher’ May. I look forward to my

few short months working with, and for, the sexiest woman in parliament.

We in the Tory party pride ourselves on being right about everything all the time, but it seems we may have cocked up slightly of late. Hague’s attempts

to emulate the crass gesturing at street cred by copying the nineties Britpop shindig and showing, like Blair, “actually we are rather cool because we

hang out with cool people” must have seemed like a good idea at the time. Big Dave clearly fell for it. In retrospect, what were we thinking of - hanging around near Mrs Brad Pitt with the daft notion of

placing the fragrant Ms Jolie next to a smooth-headed turd? Who would have guessed this might make the turd look unattractive somehow? The problem was unsurprising - no one wanted to be seen

next to the turd. So the New Britpop guest list turned; away from expected A-listers, and back toward people normally seen washing their dirty linen on the

back pages of ‘Closer’ magazine. Hague had to go.

Let’s be honest, Dave’s misguided-but-admirable trait of standing up for his chums, although often betrayed, was dwarfed by the stupidity of that secret parade
of luvvies for our summer shindigs. When none of the invited A-list stars bothered turning up, Dave had to do something to revive his credibility and judgment, toot suite.

With hindsight, sacking everyone was a brilliant move, obvs (as I believe the young people say). Not only has Dave filled the cabinet with

young ‘wimmin’ who, as well as being nice to look at, have no possible connections to historic child abuse, he has managed to squash any

ambitions Gove might have held as the next man for his job. As for Duncan-Smith, we must presume he has some unnamed, secret hold over

Dave, and so stays in post, despite the monumental cock-ups he has presided over down at the DWP. Or maybe it was a humanitarian

gesture – passing that cavalcade of shite away from IDS, and on to someone else, was something our dear leader simply couldn’t bear to inflict on another human being.

Now, I understand our eagerness to get legislation that gives us, the establishment, the right to know all about your private business on the law and statute books. It may seem ironic that we simultaneously decline to go public about who is invited to our fundraising dinners, but when we refuse to publish the names of these attendees its for your own good. We want everyone to be safe from the threat of terror by doing as we say, not as we do. We know better than you after all, and the plebs would only be envious of the enormous potential for fun at these elite shindigs. If only you knew.
With this in mind, I would like to lay to rest any rumours of alleged kiddy-fiddling cover-ups in the corridors of power and no, not the recent one involving a top Tory adviser. As sex-bomb
May says, “it’s best we just forget about that for the moment”. She has more pressing allegations to deal with, such as instigating several expensive but toothless inquiries and
buying fuck-me shoes.
In fact, it’s a blatant misconception that anyone at all turned a blind eye to a paedophile ring at the very heart of the establishment when the wonderful Margaret was in charge. In the
interests of transparency, and before any historic files actually turn up, I would like to offer a veneer of simplicity, truth and honesty around some of the spurious allegations about
corruption in the corridors of power.

I had nothing to do with anything; that can be categorically stated, right now. Indeed, I have a cast-Iron Lady alibi, and can produce several witnesses who

will say I wasn’t even there at the time, whenever it was what has been suggested was happening wasn’t actually happening at all. If any wrongdoing has

been done around here; fancying women in or near my office well, that doesn’t make one Rolf Harris.

in a bin. And let’s not even bother with Geoffrey Dickens’ files - he’s dead. This leaves Geoffrey conveniently absent when asked to argue his case or name suspects. Instead, we propose to

officially confirm that the files never existed; Dickens made it all up. These alleged files were never passed to Leon Britten; Britten’s made it up too. If any incriminating evidence does appear,

then that’s clearly down to the testimony of bent coppers. We all know the Police Federation are bunch of crooks, out to discredit the Tory party.

Now, let us return to the spirit of openness. We want you all to concentrate on enjoying the most important elements of our fantastic country under coalition

rule. Who really cares which individuals wish to shimmy up the greasy political pole? That’s of no interest to anyone except Guardian readers and lefty

We understand Government should be open and transparent but still, it’s none of your damn business how we fund the party’s coming election campaign.
Who pays our bill and why has nothing to do with the men who get plumb party jobs, or grace and favor for tax breaks. Money is money after all, and we don’t particularly care where it
comes from. Rest assured, Dave’s judge of character is razor sharp (he certainly learned his lesson from that Coulson thing!) and you need not concern yourselves with who Dave hangs out
with in private, who donates money to the Conservative party, or who we employ. It’s really none of your business.
And its certainly nothing to do with you if some nice oligarch’s wife wants to purchase a portrait of Lady Thatcher. It’s up to her and her filthy-rich Russki husband. Their tax affairs are their
own concern, and absolutely not our government’s. On the other hand, selling a jar of homemade honey was a lovely display of homely simplicity and honesty at the auction. Even bidding on
a pint of milk autographed by Margaret Thatcher seemed like a wonderful gesture at the time, although a proposed tennis match with Boris and Dave failed to raise much interest. The generous gift of one senior Tory

advisor, who wished to remain anonymous, comprising charming photographs of his niece and her friends, surprisingly failed to make the auction. It seems the

Metropolitan Police may have put in an Internet bid prior to the event. How spiteful.

If you take away one moral from my address today, it should be that the affairs of the wealthy are none of your concern. We reserve the right to delve into your bank

accounts, Internet traffic, phone and textual communications at will; its for your own good. You never know where the next terror threat may come from but at least we’ll

know who’s paying for it – and we can happily add them to the guest list at next year’s fund-raising shindig.

As you can see, we have nothing to hide, and it’s really none of your business anyway. Now get lost. 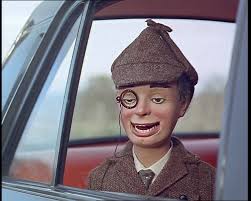