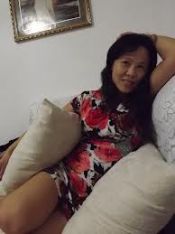 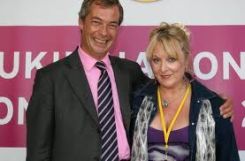 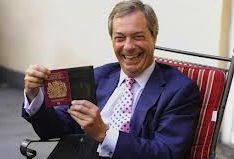 How are our children? It seems so long since I watched them being shipped

off to boarding school - was that last year, or the one before? They grow up

so fast these days. If the staff see them make sure they’re instructed to give

the kids all my love. On a lighter note, your handbags are doing well here

in the sales; the Chinese can’t get enough of them. I thought of you when I

saw all those slanty-eyed beggars climbing over and on top of each other, desperate for dressed-up cheap tat.

How I miss you.

I was rather hoping to start the year with good news; after all Lady Workshy-Fopp of Manila sounds so quaint. But

my resignation from that horrid part-time job in the Commons has been put on hold. It seems the New Year gongs

passed me by yet again. I am so sorry, my little lotus-eating slope. How long must a decent chap from the right

schools wait for a peerage? Please don’t be upset my darling Tiger Mother. My seat in the upper house has to

happen in the not-too distant future, and I’m sure we can sell off those handbags you ordered with the coat of arms crest, wholesale on eBay. I even had an acceptance speech prepared by my private secretary. You know - who I’d thank and what my political aims would be, all that sort of thing. He’s very good at making stuff up. There was also a resignation speech ready and I rather looked forward to telling Bercow’s awful wife where she could tweet it. Alas, Big Dave saw fit to give the gong to someone less needy. Even his bloody hairdresser got something. I do sometimes wonder about this ‘Big Society’ nonsense.
So I’ve applied for other posts as you suggested. Like you, I thought my vast experience of the Grinder app would make me a shoe-in for running the DWP. Unfortunately, Duncan-Smith seems to be having problems on the IT side, so Maude suggested I wait a while until they’ve managed to advertise the vacancy. As for the rest of the cabinet, even with all the monumental cock-ups they've made in office, none of them seem to be going anywhere soon, not even Gove. Let’s face it, the way Gideon and Big Dave are buggering about, we’ll be in opposition before I can get my fully deserved residence in the upper house and a crack at the big money.
Full disclosure, my poisonous sweet pea, I know it’s time for a change. I’m aware that you don’t like me making decisions without you, but there’s only so much one can claim on expenses, and the proposed 12% salary increase looks about as popular as Boris at the ballot box right now. My chances of a ministerial position grow weaker by the day, and in light of this I thought it prudent to at least consider jumping into a gene pool where there’s less competition for jobs.

That is why I am now considering tendering my resignation from the Conservative Party to sign up with UKIP. I know you

will come to understand.

Indeed, I’ve already spoken to Farage and it seems our political positions are similar, if not entirely like-minded. We’re

both friends with Enoch Powell on Facebook, and he also hates Europe and poor people. Nigel seems very keen to have

me on board, and we’ve already spoken of ministerial positions I might want to have a go at when UKIP gain office in

2015; like Minister of Plenty or Department Head in Charge of The Truth. My dear, I know this may seem premature, but

Nigel is a man with vision and it seems the proles will follow any old rubbish he comes out with. This could be a win-win

for me; a fast-track ticket into the political elite. But there is one slight, tiny, nothing-to-worry you, problem.
We politicians have to make difficult choices at times, often putting aside our personal desires in favour of what’s best for the country. The needs of the many far outweigh the needs of the few, and more of that rubbish Blair came out with when he wanted a war. For this new direction in my political career, having a foreign wife could be a disadvantage, that much is obvious (just look at the problems Clegg has to deal with). So, it is with heavy heart I say there is no choice but to reset your immigration status for the next five years or so, with immediate effect.
I know you’ll understand this sacrifice will be best for us both in the longer term, and to show there is no bad feeling, I’ve
decided it’s probably best you keep the children (unless I need them for a photo opportunity).
Farewell my sweet, this is not goodbye. Rather it is a chance for us both to move on. And so, until we meet again, or until
public opinion swings your way.
Yours, a man for all seasons,
Quentin
1

A Man For All Seasons
January 2014