Home Defence UK
A Symptom of a Greater Malaise
CELEBRITY CAVALCADE
with 'The Buzz'
ALL CELEBRITY:
The Carnival
with Toby ‘The Buzz’ Buzzell
Hipster –doofus teen pop TV host ‘The Buzz’ tries his hand at serious journalism and uncovers a smell he hasn’t experienced since Adele evacuated the T4+1 studio after dropping a load back in the summer of ‘08... 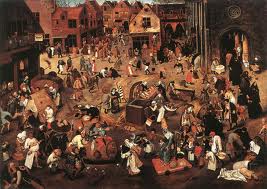 global events, having been tipped off by one of the Manic Street Preachers (yes, they’re still

grandmas gurned at young boys with their heads wrapped in candy floss like mummies, and

delightful middle class families flocked toward stalls of wood-smoked salmon hanging from models like bourgeois Lady GaGas. In the background

Estate Agents fluttered their eyelids at Fox News presenters and Barclays gofers yanked on Tory MPs’ nipples like they were milking udders. All

was sweetness and light; even Starbucks handed out Frapuccinos and bite-size African children, tickling middle managements’ hairy nostrils while

dry-humping passers-by and feeding them muesli, spooning the food in like aeroplanes; neeee-yaaaw.

So far, so normal. I would find none of those dirty dealings the public has grown aware of since the moment Tony Blair funded Colonel Gaddafi for

his Comic Relief fun-run, not here.
‘Where’s the real deal, sonny?’ I said to a young man older than me, dressed like a pound coin with a zip at the crotch, who was handing out flyers.

‘Pardon? May I offer you a free ISA, sir?’ He replied.

‘You know very well my boy, nobody knows what an ISA is. Let’s get to the real deal,’ I said, poking a flaccid saveloy from Sainsbury’s

‘Ok, look mister,’ The boy replied, batting the sausage from his top lip. ‘If you wanna get real, you’ve got to follow the trail. Here’s a clue;

Of course, I thought. What links all the great powers in society? Where can we witness the truly dark heart of our modern world? Not

buzzing around money, not oil either. No, it’s... well, that would only spoil things.
I circled the fair; the helter-skelter, the dodgems, the rollercoaster, the gun range. But it was only on entering a scary ride entitled ‘United Nations of Horror!’ I felt I was getting close to some of the answers.
The little train-like ride chugged along the rails, and with every turn a new apparition appeared then disappeared like fruit cordial. The truth was, each supposedly terrifying event proved to be a let-down. As the journey continued, I realised I would find nothing remotely interesting on this ride. Then a chink of light appeared through the black curtain surrounding the train. My eyes alighted on a group of men, and the smell of roast boar filled my nostrils like fatty daggers. Tendrils of raw fear slid down my throat. I got off, leaving the tourists to gabble in mock terror before re-entering the funfair, unfurling that black cloak.
Inside I saw some of the strangest, most disturbing sights a man could hope to see; a twisted menagerie of childhood
derangement, parlour games and grotesque images that bombarded my mind.
I nearly fainted with horror but finally roused myself to a devilish sight. Flapping both hands by his side before clapping them, like
a geriatric hopping round a plastic paddling pool of ankle deep water with corduroys rolled up over his knees, a chipped tooth
Tony Blair held a man on one of his shoulders, propping up David Cameron’s waxy frame while emitting horrible squawks. A
rotting Maggie Thatcher was wrapped around Cameron’s shoulders like a satchel. Barack Obama lay on his chest, shaking the
boogaloo in 4/3 time. Mubarak swung haggis about their heads while meeting the leering eyes of a cryogenically defrosted Ariel Sharon. Bankers hawked logies up high onto crouching politicians hiding beneath cocktail umbrellas. Surveying the full, sick scene from a tennis umpire’s seat, shouting obscenities at this grim drama being played out with the boredom of a showman in an empty auditorium, Rupert Murdoch barked crossword puzzles as spotlights picked out anyone trying to escape. Those who pleased him, he handed bloody sherbets and toenail crepes.

I tried to escape, hiding in the shadows while I scribbled notes on my hand. But before I knew it the spotlight had picked me out.

‘Who art thou?’ Murdoch boomed.

‘The Buzz eh? I’ve heard of you. You wanna get down and froog, jot some notes, poke your nose in, change history – that kind of thing.

‘Honestly sir, at this present moment I’d just like to get home and undergo a reality check. I mean, is this the real deal sir, your honour,

‘It’s this but worse Buzz, much worse.’
He let me go. Murdoch simply told me to keep quiet, forget what I knew, carry on as before. But before this he asked me to remember one thing; I’ve got my finger up your ass so far you can hardly imagine. I can pick out your livers and kidneys, all of that. Tow the line, he said as I left by the emergency exit.
And so, with the utmost bravery and skill, I report back to you this story of threatened life, for the good of the nation. To uncover the truth behind our modern world and, frankly, Home Defence don’t pay me a penny, so hopefully I can rehash this piece and get a couple of hundred from The Mail.
Peace Out. 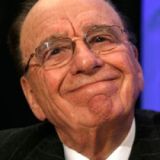 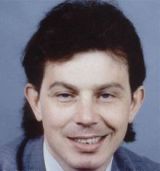