show following the day-to-day trials and tribulations of a typical 21st century family, whose

“This programme is a travesty; a load of frivolous nonsense undermining the good name of the

as we watched a crew set up outside the Johnson residence. “I speak for hundreds of

Conservative backbenchers, retired Daily Telegraph readers, and other men who are obsessed

with the EU, when I say that Boris Johnson has cast off what remaining dignity he has by allowing his private moments to be captured on film in

mistaken.” Lord Ringblong went on, stroking his upper lip while watching pubescent girls gather outside the house, all of them hoping for a glance of

Bojo’s eldest daughter (Lara Lettice) who, since the show began to air, has become an unlikely upper class style icon.

The Lord (left) goes on: “My party simply won’t put up with Johnson airing his dirty laundry in public.

Even a fool knows those TV types always edit your mishaps together in search of a cheap laugh.”

He maintained, becoming purple-faced. “The lower classes may well find the priapic antics of Boris’s

dad entertaining, or enjoy his foreign maid trying to keep the mansion clean of food detritus, but if

of Noel Coward or Norman Wisdom.”

According to television industry insiders, ‘At Home With The Johnsons’ was commissioned in the

when Johnson used the f-word live on daytime TV, physically threatened his opponent in a lift and

then, shortly after his landslide victory by 63,000 votes, got up in a defeated Ken Livingstone’s
face, booming: “Oh yeah, how you like me now? Victoria aut mors motherfucker!”

After witnessing this classic moment and the unhinged revelry of a dozen-strong Johnson clan at the subsequent victory party, Channel

5’s commissioning editors concluded these were TV stars in the making. The Johnsons ‘mediated reality’ format follows in the

groundbreaking lineage of Katie Price, Ozzy Osborne and the Kardashians into our hearts, and it was Boris’s joy at securing a second

term in City Hall that led him to agree to this proposal, the Mayor’s judgment impaired by the glow of victory and too much pink

Unfortunately filming wasn’t all plain-sailing, with Johnson’s long-suffering wife Marina refusing to appear on-screen because she was

“busy with important things”. Yet Boris himself somehow found time between journalistic and jetsetting responsibilities to feature in a

number of memorable episodes, all of which begin with some kind of crisis which he spends the next hour trying to resolve with

increasing desperation and, for the most part, only manages to make worse.

“My favourite is the one where his sons, Milo Arthur and Theodore Apollo, get in a sulk because Boris won’t
buy them Lamborghinis.”  The show’s researcher and self-professed ‘big fan’ Patty Hindquarters (right) told HDUK. “The look on Bojo’s face
when they blackmail him using hacked emails from his mistress is priceless. Or there’s the time Boris accidentally pisses off South
America with a thoughtless remark and has to formally apologise to some pygmies. Although my boyfriend likes it best when the Mayor
has to smooth things over for his sister Rachel, such as when she got sacked from The Lady for thinking up another feature involving the
season’s male jodhpur-look that emphasized their ‘packages’.”
“Not to mention the endless paternity tests and his inability to control a house filled with hormonal, scary-blonde teenagers.” Miss
Hindquarters went on. “There are so many highlights to choose from.”

Part of the show’s popularity comes from its supporting characters, with Stanley Johnson and his ‘non-PC’ views a particular

favourite. This incorrigible Octogenarian often escapes his sixth wife to pursue ‘fresh crumpet’ and then has to be physically

removed from the presence of ‘young fillies’ by his embarrassed son. Meanwhile MP brother Jo regularly pops by, upstaging

his older sibling with talk of how organised and on the ball he is, and how he can get away with chatting to ‘Rupe’ Murdoch

But whatever chaos Boris initiates, things are back to normal by the time the end credits roll over footage of the Mayor, food

down his shirt-front, happily playing a game of ‘whiff whaff’ against one of that week’s special guests to a soundtrack of

Mumford and Sons.
Now HDUK can exclusively reveal an upcoming episode could be even more controversial, as Patty Hindquarters explains:
“I don’t know if I’m supposed to say this.” She confides. “But next week there’s a scene where Boris does a radio interview saying he’s
never thought about leading the country. This is followed by footage that clearly shows Bojo drumming up support for a run at the
Conservative Party Leadership come 2015, or whenever David Cameron gets ousted.”
“I’m looking forward to seeing the Prime Minister tick him off again after he sees that.” Patty grinned. “It’ll be even better than the time
Boris embarrassed himself in front of the Queen, or when he upset an Armenian dignitary will ill-advised remarks about his Turkish
heritage. Or that shocking incident with the pedalo.”
In the meantime, even with those occupying the corridors of power derogating Johnson’s ambitions as ‘nothing more than the foolhardy efforts of a tubbier Sarah Palin’, public reaction to his show has been excellent. The viewing figures are climbing by the week, and are set to outstrip the latest series of teenage narcissist bore-fest Big Brother. Polls now show Johnson is three times as popular as any other Tory, making him the obvious choice for party leader (although, admittedly, every other Conservative in the country is widely loathed).

“I can see him doing it.” His sister Rachel Johnson (left) told Loose Women yesterday. “The fans

love my brother’s charm, intelligence, his mastery of silent film-style slapstick, and the manner

in which he can talk his way out of the most hopeless situation.”

figure’.” She went on to a captivated Lynda Bellingham. “But they need to listen to the people!

We want a leader who entertains. The electorate have had enough of policy, endeavour and

competence – my brother puts the fun back into politics!”
Her opinions have precipitated a wave of popular endorsement, flowing like sewage across the Twittersphere, with voters young and old
tweeting their support after a recent show screened, saying: “I like it when the funny fat man falls over”, “Here’s hoping big boy takes me
to one of his ‘secret’ afternoon meetings”, “LOL – look at his hair” and “I feel sorry for the poor wife”, all of which seems to indicate that
this crazy, madcap family could soon be broadcasting their hijinks to the nation direct from number ten Downing Street! 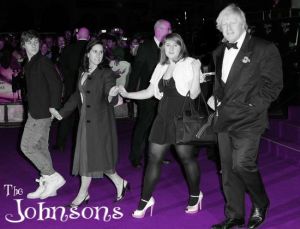 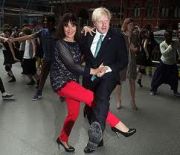 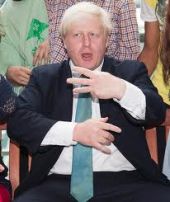 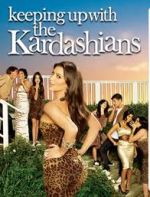 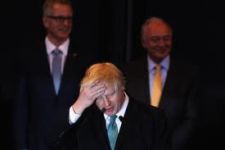