WESTMINSTER DIARY
with Quentin Workshy-Fopp
Home Defence UK
A Symptom of a Greater Malaise
Operation Yew Tree Has Buggered It Up, Yet Again
March 2014
ALL CELEBRITY: 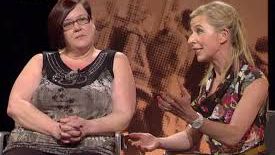 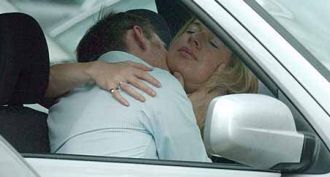 We are all aware, some unfortunately so, of the size of Max Clifford’s penis. This is a

statement I never thought I would make in my lifetime, but it’s there; out in the ether for all to

see. The shock of it hit me like a monkey wrench. Max, the media kingpin, has an abnormally tiny cock. And some allege it was used in sex crimes

of absolutely astounding proportions. For once we don’t have to thank the now-lost News of the World for this morsel of compelling news. No, this

time everyone owes their thanks to our steadfast coppers, who have left no stone unturned in their quest to explore historic supposed sex offences.

There was a time when Rolf’s heavy breathing, punctuated by groans of “can you tell what it is yet?” had a

purely innocent meaning for me. No more. If you believe the media, every non-deceased TV star from the

970s is a possible sex offender, just waiting to be nicked for preying on the unsuspecting. And don’t think,

just because the courts decide you’re innocent, that’ll be the end of it. Ask DLT about that one. I’m sure

Ang Sun’s daughter will soon be presenting her evidence as to how he interfered with her democracy.

We have that ever-yodeling, never-prosecuted-in-a-court, kiddie fiddler James Saville Esquire to thank for all
of this. That tracky-suited jewelry-jangling pervert was never charged with a crime, not in his lifetime. Our belligerent officers of the
law chose to take no notice of the claims against Saville, nor bring him to book. They were too busy “fixing it” for Jim so that he was free to bugger anyone he pleased. Only when our boys in blue were caught with their own pants down did they storm, full steam ahead, going after public figures of slightly iffy sexual orientation who aren’t yet dead. Which brings me to the crux of our party newsletter today.
My question for all our members is this: Why are the police casting slurs upon the Right Honorable Member Nigel Evans? Surely there must be other degenerates they can chase? Just because some rag-tag bag of saggy rent queens have come out of the closet with spurious allegations, doesn’t mean the authorities have to do anything about it. They let Cyril Smith get away with worse for years, so why the sudden interest in Nigel? Is it because he’s a Tory? Even Jezza Thorpe didn’t drum up this amount of attention, and we expect that kind of behaviour from Liberals. After all, we’ve seen how unreliable the plod is with evidence, just look at the bicycle fiasco that befell poor Andrew. When mud sticks it’s a bugger to get off. Fortunately I can vouch for Mr Evans 100% - we’ve been friends on ‘Grinder’ for some time now. There is absolutely no truth in the allegation Nigel groped a man in the Commons area. We both know he’d have gone for a private member.

While the police are wasting time and taxpayer money harassing an innocent man on trumped-up charges, real sex

offenders remain at liberty, no doubt out pursuing their wicked craft. Why don’t they cuff the real criminals in this

world? Who am I talking about? Well, the Met could do worse than start by taking a look at the past antics of one

Yes, Ms Hopkins may have the veneer of a true-blue Tory sympathizer; hating poor people and acting the arrogant

snob with no idea what she’s talking about, but Katie isn’t doing our cause any good by coming across like a

seemed like a poor pastiche of some evil Sponge and Spiker tribute performance. Edwina should know better than to

guest with a self-confessed harlot, particularly considering her history with John Major. What’s more, Hopkins has confessed to a well-documented history of sexual deviancy. For legal reasons the identities of her victims must remain anonymous, but here are some witness statements I pulled from utterly reliable sources across the Internet (the Daily Mail, for example) which prove my case:
1. Man in Field (with photographic proof)
“I was in this field like, walking me dog and, yea that’s her in the photo, she jumped on top of me and forced
me to have… er, you know, the dirty deed wiv her. Before I knew it, we’d done the beast with two backs and
scared the dog shitless. I don’t know what I’m going to tell the wife if it ever gets out. You’re not writing this
down are yer?”
2. Mr X - War Veteran
“My career in the army was ruined thanks to this woman’s unwelcome attention. I suffer from post-traumatic
stress disorder because of it. I doubt I can ever eat meat again, or look on a fellow soldier’s suppurating wound
for more than a minute.”
3. Mr Y - Weatherman
“I had a successful career at the meteorological office before that woman left me the office laughing stock. She ruined my life, my marriage, and my self-respect, damn her. Hopkins belittled me with her aggressive sexual confidence. I’m not even sure what my orientation is any more.”

it. That was a close shave for me; I had to fire the woman to get her out of my office.

“She had all of us at once, then came back for seconds. It was the ugliest scrum I’ve ever had the

misfortune to witness. We still can’t get the grass stains out. That woman is an animal, she deserves a

lifetime ban from rugby fields the length and breadth of this land.”
You see? Stop chasing after Nigel and wasting our state money PC Plod! Arrest an offender who actually admits her
crimes.
I rest my case m’lud.
Regards,
Quentin
1