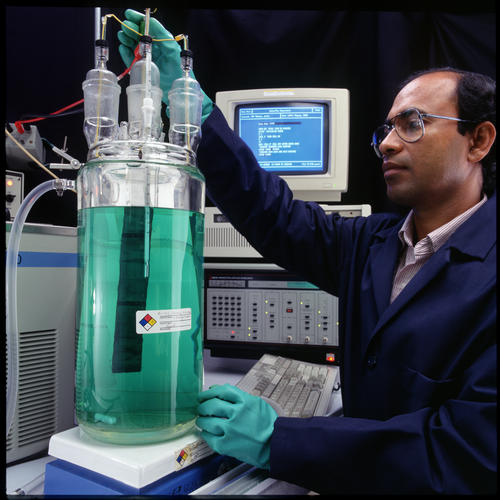 Astronomers have used the new Hubble-Bubble telescope on Mt

processes that led to the creation of the so-called “big bang”.

“It was extraordinary,” said Professor Maximus Beasley of the Texas

Fried Chicken Institute. “When we looked through the lens thingy for the very first time, we saw what appeared to be white-coated scientists at a place called “Large Hadron Collider” in a distant universe – 13.2 billion years ago.”
It is thought barmy boffins in the faraway galaxy inadvertently triggered the complete obliteration of time and space when (cont. P.65)
Out of their tiny minds: looking at scientists working on the Large Hadron Collider through a big telescope in Switzerland yesterday (I thought 13.2 billion years? Ed)
Fun Run Apparently Not Intended To Be

Competitors in the first annual 5K ‘Fun Run’ at a course in Maidenhead, Kent last Sunday were

shocked to discover that, despite the billing and assurances given beforehand, no aspect of this

never-ending jog was entertaining or pleasurable in any way.
“It sounded like we would be having a great time from the promotional material.” Local student Donna
Bupkiss told Home Defence. “I’d never really ‘run’ before, so I believed it when they told me the race
would be a right laugh and how I’d feel good about myself while raising money for charity. The pictures
showed smiling, lithe folk, all happily sprinting along under the summer sun. Little did I realise that
wouldn’t be my experience on the day.”
Indeed, within a few minutes of the starter pistol sounding Donna, her friends, and scores of others had
come to a grinding halt, coughing, spluttering and doubled over with a stitch. Then the heavens opened
and the runners were soaked to the skin in a torrential downpour. By this point thirty per cent of first
time runners had dropped out to “get warm and maybe have a cheese dog” while most of those who
struggled on were progressing at little more than a dawdle, gasping for breath while texting friends with descriptions of how little fun they were having. Because of these distractions and a number of pre-existing medical conditions, many took two hours or more to complete the five-kilometre course.
Following a number of collapses and hospitalisations among the entrants, organisers are unsure about holding the same event next year. If the race does go ahead they intend to take the precaution of advising potential participants exactly how long they will have

to put one foot in front of the other for. In addition appropriate guidance will be given as to whether a

sedentary life eating cakes and burping is the best preparation for such an athletic event.

However, much of the feedback from this year’s competitors puts the blame squarely at the promoters’

door, with Donna Bupkiss and others appalled at the inappropriate naming of this run, and many

Kentish petitioning for the word ‘fun’ to be placed in quotation marks on all future references to the race.

That misleading propaganda in full.
How the day of 'fun' ended for many.
Croydon Man Invents Fish Kebab
23/05/09
To the Southern part of Greater London, where a sudden brainwave from bookmaker Smuts Baloney has
led to a localized revolution in the late-night takeaway industry.
“I’d popped out of William Hill one evening to have a Café Crème cigarette and think about horses galloping along majestically when I found myself staring at the fast food places along the road.” Smuts (53) told Home Defence. “They were all advertising chicken and doner kebabs and fish burgers, or hummus and salad in pitta bread, while the great trunks of meat were revolving over the heat like proud trees. That’s when inspiration hit me.”

“It was so simple,” Baloney asserts, an evangelical look in his eye. “And yet no one had done it in Croydon

After patenting the concept Smuts began his experiment at ‘Global Kebabs’ on the High Street. But as the

revenues increased and word spread, Pescatarians from around the West Croydon area flocked and soon

queues were around the block. Both ‘Kebab Palace’ and ‘High Class Kebabs’ then took up the gauntlet,

revolved.
“Although the combination of fish, salad, pitta bread and chilli peppers sounds a bit strange the first time you
try it, the food is actually quite palatable.” Councillor and supporter of small businesses, Bannapolis Quirk,
told local paper The Croydon Bodycount, in between mouthfuls. “Our expert kebab engineers have substituted
tartare for garlic sauce, and they only use the finest whitefish or shark. Alright, it does flake a bit when the
strips get sliced off that enormous dead creature they have up there, and the thing’s eyes tend to follow you
around the restaurant, but all in all this is an excellent innovation. It’s a real alternative to meat for incredibly
drunk people staggering around late at night.”
Following these successful trials, Smuts’ invention is expected to be rolled out across the whole country
from Autumn, leading to a day coming soon when every high street in Britain smells vaguely of kippers.

Sales of the Daily Telegraph and its sister paper the Sunday Telegraph have risen 200% over the last fortnight according to latest circulation figures. The enormous rise is due to the number of MPs who have been told by the fees office “green book” that subscriptions to the newspaper count as a legitimate allowable expense.
“Obviously,” said one senior MP from his duck pond yesterday, “if the papers are writing nasty things about us making ridiculous claims for tax breaks we should be able to find out what they’re saying we’re spending tax-payers’ money on without spending our own hard-earned -“ (continues for ever)
MPs “claim nooses, guns and cyanide on expenses”
04/06/09
DIY shops have seen a surge in sales as MPs rush to purchase rope, guns and similar suicide kits following confirmation from the fees office that these count as legitimate expenses.
Travel agents have also seen a surge as humiliated MPs book coach trips to the
Dignitas Clinic in Switzerland.
Not everyone is a winner, however. The national association of truck drivers says
incidents of MPs causing accidents after jumping off bridges have risen exponentially.
“Driving a truck is more hazardous than ever,” complained one trucker. “The
average MP is so heavy he’s going to come right through the windscreen. Even
little MPs can cause problems. I’m terrified that Hazel Blears is going to leap
in front of me at any moment. She might not do much damage but clearing her
off the glass might cause problems for the wipers.” 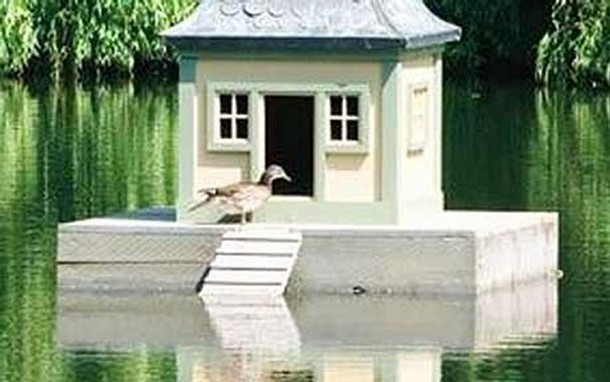