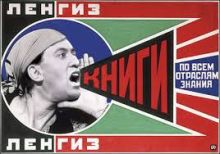 To a wedding party in the East Midlands, where Home Defence has

come undercover, in the wake of charges against the likes of Dave Lee
Travis (‘the Hairy Flake’), Freddie Starr and Max Clifford, to be granted an audience by a once-famous
Radio 1 DJ who wished to make the case for formal regulation anonymously.
“Our community of household names from the seventies and eighties has been devastated by these arrests.”
The ‘silver fox’ who we’ll call Bruno Hamilton (not his real name) told us, while fending requests from drunken mothers for hits by ABBA or Black Lace. “Those celebs who got famous in recent years seem to be able to tell the difference between a wholesome young fan and someone who is up for becoming their latest groupie

The former Top of the Pops presenter, now in his sixties, went on: “Those of us of a different era,

ships, at discotheques and village fetes, places where I’m approached for my autograph by

middle-aged women who remember me from ‘back in the day’. Many are accompanied by hormonal

problem”
“Perhaps presenters and pantomime stars are taught to recognise the signs these days by improved support networks of agents and PRs.” Bruno mulled. “But, as I say to the wife, back then a bit of fondling with female members of the audience was a vital way of working out who might be up for it later. We used to call it ‘foreplay’. Once you'd gauged a young lady’s reaction to some friendly frottage, you knew whether she might suck you off in the VIP area later. If not, the more chivalrous of us would respect her decision and try her friend instead.”
“None of us expected any women to hold a grudge their entire lives then get the police involved thirty years on.” Hamilton asserted,
wide-eyed. “In my day, no teenager would have dared take a famous person to court, not for a bit of mild thigh-touching. But this isn’t
the 20th century anymore, everyone’s uptight about May-to-December flings, and many of my old pals from the Radio 1 Roadshow are
in prison. I think the time has come to finalise a set of boundaries that will help confused men of my generation.”
Indeed, Hamilton’s ‘Totty Manifesto’ proposes a working approach to ensure evidence is available for the courts, proving once-loved 70s
throwbacks have adhered to the legally recommended steps, thereby preventing allegations of indecent assault. By observing these
instructions, past-it minor celebs can illustrate their innocence using statements of consent, signed by all parties and witnessed by a parent or guardian.

Such steps should mean anyone involved in the sexual activity knows where they stand, and no public figures have to subsequently pass

through our busy courts or find themselves the victims of publicity-seeking prosecutors. Indeed, some lawyers will try to secure convictions,

even if the plaintiff maintains their action was “nothing more than an honest misunderstanding”.

Along with the official rules, other proposed safeguards include the installation of CCTV in dressing rooms to provide visual evidence no one

was coerced, and a register to be signed by everyone who has found himself the focus of Operation Yewtree, however tangentially.

Home Defence spoke about this proposed scheme to one of the biggest television personalities of our youth, magical dwarf Paul Daniels, a

man who has never done anything even vaguely wrong, let’s be clear about that. Mr Daniels told us he thought these efforts were “a great

idea”, although the little wizard seemed to confuse the issue of consent with a predilection for underage girls.
“We were wrong to look the other way at the time, of course we were.” Daniels (right) asserted as the lovely Debbie McGee nodded
sagely. “They were different times, you have to remember that. If I hadn’t asked that hitch-hiker her age when I did, who knows what
might have happened? I could be in Parkhurst now.”
“If anything, we’ve gone too far the other way.” The pint-size Merlin went on. “I meet parents who think their kids are safe if they keep
them away from men off the telly. But just because most of the celebrities back then were paedophiles, doesn’t mean all paedophiles
are celebrities.”
NEWS ROUND UP
with Al Likilla
Home Defence UK
A Symptom of a Greater Malaise
Old Foe ‘Socialism’ Returns to UK Political Life
Preventing Rapacious Corporations Exploiting the Poor “Will Inevitably Lead to Stalinist Death Camps” Experts Maintain
01/11/13
ALL NEWS ROUND UPS:

The smallhold farms and country homesteads of rural England, where the spectre of a great monster from

history once more rears its nefarious head; Capitalism’s mortal foe rising from its figurative grave to

instil fear in the hearts of good people everywhere. And which budding warlock has cast his spells, leading

to the spirit of socialism haunting us once more? Why, it’s none other than opposition leader, Communist sympathiser, Jewish atheist and

“nothing special to look at” ‘Red’ Ed Milliband of course!

“I don’t want to scaremonger, but if Milliband gets in power we’re going to witness crimes against humanity on a scale never seen before.”

Thatcherite MP for Camberwick, Yeasty Fill (left), told HDUK. “I’m fairly sure the UN will have to intervene. After all, Milliband’s drift to the left

has already seen him promise to return the hated ‘spare room subsidy’, raise corporation tax ever so slightly, incentivize developers to actually

build on land they’re claiming tax relief for and refuse to cosy up with Rupert Murdoch. From there, it’s a very small leap of the imagination to

see Labour building Gulags in Siberia for anyone who disagrees with them.”

unavoidable endpoint of policies such as these here in Blighty.” Mr Fill goes on. “Capitalism may not

be a perfect system; it doesn’t help the impoverished or lower class plebeians for example; they do

pretty badly all told, but I think each of us can agree that’s very much the poor’s own fault.”
“Still, the current economic system doesn’t push ridiculously naïve ideas about ‘sharing’ or ‘equality’.” Yeasty maintained with
a huff. “You’d have to be pretty stupid to assume every human being is entitled to the same respect on a level, meritocratic

playing field. As a middle-aged, white male, I’m aware only the very sheltered could believe that women, blacks and foreigners are as important

as me or Michael Gove.”

Still, some assert that only a few Labour policies will be influenced by an extremely mild version of ‘socialism’, a political system that, at its

best, implements production and distribution to satisfy human need in the service of a co-operative economy.

This is in contrast to our current approach, which has been set up to encourage the pursuit of profit via

‘hard work’, leading to millionaire Brits growing ever richer through amoral ruthlessness and an

ever-increasing gap between rich and poor.

“Nonsense, balderdash and tommyrot.” Tory party leadership contender Boris Johnson told the BBC
earlier today. “What you need to bear in mind, young fella-me-lad, are the clear historical precedents for Milliband’s behaviour; from

Stalin to Chairman Mao, to give you just two examples.”

The flaxen-haired Mayor (left, middle) went on: “I, for one, don’t want to live in a country where my children are

forced to inform on their parents because they've said something that wasn’t in favour of the ruling party, as

happened in Ceausescu’s socialist paradise. What sort of civilization limits the amount it pays to shareholders,

“It’s simply not the British way to prevent business pushing the most at risk into homelessness, food banks

and despair.” BoJo asserted when asked whether privatisation or tax cuts for the rich weren’t occasionally a

bad idea. “Just look at all those nutjobs who preceded Red Ed with their silly socialist ideas, men like Tony

Benn, George Orwell and Albert Einstein. Fools, the lot of them.” 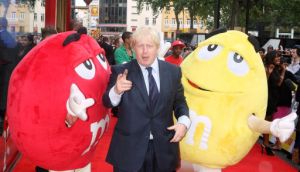 Royal Family Update
Duke of Edinburgh Implores Medical Staff: “Just Let Me Die.”
02/11/13
To Papworth Hospital in Cambridgeshire where Home Defence has been granted access to a private ward, permanently maintained for whenever Prince Philip feels a bit peaky. As luck would have it, the Duke happened to be wheeled in as a precautionary measure while we were in attendance, whereupon the Queen’s husband of sixty-six years gave HDUK an audience we’re billing as ‘an exclusive interview’, but which was actually the semi-conscious murmurings of a bewildered old man.
“I can see the white light, let me move toward it. Help me go, for the love of God.” The Duke burbled while being examined by the country’s top medical professionals

with a view to keeping him alive well into his second century. “I’ve had a good innings and I really can’t take anymore. Stop trying

Growing increasingly aware of his surroundings as the nurses monitored his vital signs, the Prince cried movingly: “Get out of it!

Can’t you let me be? Even peasants and Indians get to retire for Christ’s sake. I’m ninety-two and I’ve still got official duties to

The Duke then pointed to the ‘Prince Regent Roster’ for the week, which one of his aides had printed and stuck up next to the

medical chart.
“On Wednesday I’m supposed be opening a nursery in Abingdon. Why? For the love of Christ, why?” Philip expounded as a doctor
attempted to administer anaesthetic. “The last Pope resigned, why can’t I? Just because I’ve married into this family [the Windsors] doesn’t
mean they can work me ‘til the day I die which, at the moment, can’t come soon enough. When I turned ninety I tried reducing my duties,
only to be told it would be ‘bad for the nation’s morale’. Well, they can sod off. I’ll expire of natural causes if I want to… we even admit
commoners now you know… have you come far?”
The Duke then grew increasingly incoherent before lapsing into unconsciousness.
This once-sprightly member of the House of Scleswig-Holstein-Sonderburg-Glucksburg hasn’t been in the best of health recently, suffering from a chest infection, endless aches and pains along with bladder problems brought on by standing on a boat in the pissing rain for hours. The nonagenarian male was admitted to a succession of state of the art hospitals for coronary angioplasty, exploratory surgery on his abdomen and general monitoring but, despite public concern, all the medical staff we spoke to seem confident they can keep the Prince alive for a long, long time to come.

“Oh, we’re not letting him off that easily, no matter how much he begs.” Laughed Papworth Hospital’s live mummification expert,

Rusty Paresis. “Unfortunately for Phil, Royals who act as figureheads for an increasingly divided nation can’t be allowed to slip

away quietly. Not even when they reach a ridiculously advanced age.”

“Thanks to the magic of modern technology we can keep the aged and infirm breathing indefinitely, as long as no one’s worried

about their quality of life. I mean, look at Mandela.” Dr Paresis went on. “There’s unlimited tax-payer money and the finest

knowhow in the world, while our medical facilities are more than up to the task. In the Duke of Edinburgh’s case, he craves

death’s sweet release and is used to getting what he wants, so there have been a few ‘ructions’, shall we say.”
“Still, we can hardly grant Philip’s plea for ‘one final holiday at Dignitas’ can we? Imagine the outcry. Every terrible newspaper in the UK
would go apoplectic.”
And so, we leave the Duke, strapped to the bed lest he wander off in search of something to “ease the pain, once and for all”. The
Prince will now deal with the prospect of many more royal visits, to breweries and town halls, where he's wheeled out for visiting
officials and dignitaries. At which point Philip will endeavour to remain polite for the sake of his wife, before the façade slips into
grumbling, prissiness and borderline racism, much to everyone’s amusement.