Amy Winehouse’s Dad Gets His Own Chat Show
08/10/09
To the increasingly desperate surroundings of ITV2 where, in an attempt to bring some controversy and
pizzazz back into their Autumn schedules following the terrible figures for flagship celebrity car-crash ‘Peter
Andre – The Next Generation’, channel heads have commissioned six episodes of a new programme hosted by
Mitchell Winehouse, Amy’s father (right). This chat show will consist mainly of the host sharing concerns about
his daughter’s well-being with a series of celebrity guests.
“Everybody likes to hear the opinions of a no nonsense taxi driver don’t they?” ITV2 executive Remuda Giblet told HDUK. “Particularly when that cabbie’s daughter is our best-loved millionaire record star who subsists entirely on a diet of hard drugs and calls the tabloid press her natural habitat. We anticipate that ‘Amy’s Dad Talks Straight’ will showcase a devoted parent, often on the brink of tears, requesting advice and support from middle-level celebrities while occasionally quizzing them on their latest media projects. It’s going to be emotionally raw, compelling and completely tasteful.”
Indeed, guests lined up to face Mitchell Winehouse, a host who will adopt a sombre face before questioning them in his familiar cockney growl and eventually turn the conversation back to his errant daughter, include the likes of The Archbishop of Canterbury - Dr. Rowan Williams, David Milliband, Stewart Maconie and Mitchell’s wife, Janis. Throughout these Q&A sessions the host will struggle to suppress his emotions as he discusses Amy’s self-harm, depression, ketamine addiction, reduced lung capacity,

Amy herself, taking time out from ‘learning to play the drums in St. Lucia’ to totter on-set, berate Mitchell

for his leech-like piggybacking on her own career, then stagger off in search of some crack.

Drunk Man Begrudgingly Allowed Back Into

To Soho, Central London, where last night a punter at the city’s Emancipation Bar was troubled to

discover the establishment’s approach to their clientele and alcohol consumption thereof. Apparently this

policy was flexible enough to give one man particular trouble returning into the same too-brightly-lit
drinking hole in which he’d spent most of the evening getting shitfaced.
“I’d briefly gone out to have a cigarette, which is a medically necessity for me.” The drunk man, a Mr. Perry (34), told Home Defence. “And when I left the premises the security man nodded at me in a surly manner, just as he did when I arrived at the start of the evening. That led me to assume everything was hunky-dory.”
Mr. Perry went on. “So alright, maybe I did start wobbling when the evening air hit me, and perhaps I shouldn’t have had that fourth boilermaker during Happy Hour, but that’s no reason for such an about-face. It seems the establishment’s security had nothing very much to do, so when it was time for me to go back in they decided to target me for no apparent reason. I mean, I was stupidly hammered, but only because the bar they work for had sold me drinks all night without so much as a by-your-leave.”
“And I’ll admit, I may have been listing from side to side as one normally would on a boat.” Mr. Perry continued. “But I’m no kind of threat, you only have to look at me to know that.”
Mr. Perry, who estimates he had spent somewhere in the region of fifty pounds in the overpriced ponce-bar by
this point, then attempted to engage the unsympathetic bouncer (right) in debate, stating his case in several
different ways including: “That girl you’ve just let inside is clearly in a worse state!” and: “All my stuff’s in
there!” The responses he received were both negative and monosyllabic.
Eventually, following the intervention of another member of his party, Mr. Perry was begrudgingly allowed back into the bar on the promise he would “drink some water”, as if that would cure anything.
Later, Mr. Perry’s group found they had somehow spent all the money they possessed in the world and staggered home, annoyed. Meanwhile, a group of customers who were allowed in and out of the Emancipation Bar all night thanks to an ability to hide their drunkenness would go on to indecently assault a number of girls, get into a brawl, cause several hundred pounds worth of damage and put one of the doormen into casualty.
New Tube Map Unveiled
02/10/09
To London Underground headquarters in St James’s Park where feedback
arriving by the hour confirms the public response to their much-hyped,
‘uncluttered’ new tube map, unveiled earlier this month by the Transport
division and pictured right, has been overwhelmingly positive.
“Our market research shows that tourists and many stupider London residents
were confused by elements of the old design like ‘landmarks’, ‘interchanges’
and ‘zones’.” LU’s Head of Press Tipper Zacuto told assembled regional
journalists and Home Defence. “This is a much cleaner and more
aesthetically pleasing design, bringing our ‘brand’ in-line with the ambitions
of a 21st century megapolis. And no, I don’t know which one of those is
the Metropolitan Line. No further questions.”
Meanwhile London’s Head of Light Entertainment, Boris Johnson, was quizzed on the Today programme earlier, saying: “Crikey, I didn’t know about this until you showed me just now. Er, um, I like it! This is much less confusing. It’s terrific how our transport Johnnies have done away with the colours and words. Londoners will perambulate across this great city more effectively thanks to all the hard work that’s gone on without me paying attention. No, I’ve never been on public transport in my life. Cripes!”

Mr. Johnson then fell into a canal.

favourable overall reaction to the ‘fresh, arty look’ from a majority of those who don’t

live in London, haven’t been there for a number of years, and aren’t intending to visit

any time soon. Reasons given range from “it’s aesthetically pleasing” to “that’ll really

mess with those visiting Frenchies’ heads, ha ha ha”. Unfortunately, we were told

unpublishable on a family webzine.
NEWS ROUND UP
with Mark Liam Piggott
& Al Likilla
Home Defence UK
A Symptom of a Greater Malaise
Troops to Remain Paddle-less Up Shit Creek “Only 40 Years”
30/09/09
ALL NEWS ROUND UPS:

British troops will remain in Afghanistan for 40 years, according to senior army leaders. The estimate is based

on the number of Afghans the army can realistically expect to be “removed from terrorism” each year, divided by

Standing in front of a blackboard while pointing a long stick a moustachioed spokesman said authoritatively:
“We can pretty much guarantee that at current rates the population of this troubled country will be made safe by 2050, by which time all that remains will be six sheep-farmers in Helmand and some of the more barbarous warlords.”
The news isn’t all good, however; combat troops have been warned they won’t be eligible for pensions due to being overseas for the next 40 years. Soldiers returning from tours of duty aged seventy will then face a 40-year wait before they can begin collecting their services pension.
As the new policy on tax pensions will be applicable retrospectively, legal proceedings have already begun against World War I veterans Harry Patch and Henry Allingham, who died recently, in an attempt to recover contributions they failed to make while serving in the Great War trenches.

contribution to this country and still receive a pension. We aren’t made of money you know. And anyway –

don’t they know there’s a war on?” 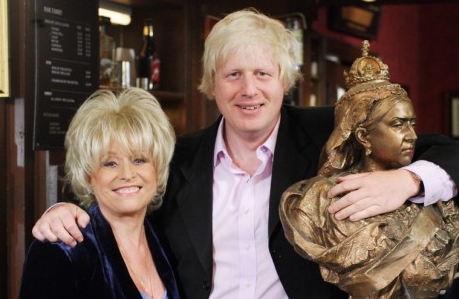 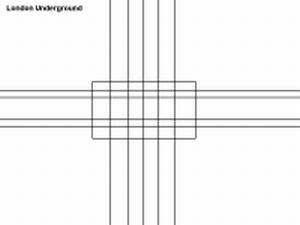