To the UK Independence Party headquarters in Newton Abbot, Devon, where the start of the year finds this

political movement in fine fettle and gearing up for a strong showing in the European elections. To ride this wave

of success still further, the party leadership has put together a set of initiatives, aimed at fending off criticism

among their aging membership. Indeed, muppet-faced leader Nigel Farage is looking to expand his impact

beyond their traditional core support, a demographic that has led to criticism of UKIP as the natural party of

the mid-life crisis in the past.
“Here in the marketing division, research shows the average age of your typical UKIP supporter is about when people start to
consider early retirement.” Volunteer supervisor, MEP, and administrator of a very well organised parlour back at her house,
Penelope Borkwood (right), told HDUK as we wandered past grey-haired men squinting at computer screens. “It's true that, at our
party conference last year, I could barely move for walking sticks, hearing aids, oxygen tents and the occasional gurney. That’s why
Nigel has made it our priority to recruit ‘youngsters’, which we define as anyone under sixty, with a particular focus on teenage lads.”
“If we can get them while their brains are still malleable,” Mrs Borkwood went on, kneading her fingers evocatively. “Then a whole
generation might believe in the sepia-tinged, idealised past UKIP presents within its campaign materials and online recruiting aids It only takes a few patriotic seeds sown in the minds of kids for their adolescence to flower into a lifelong anti-EU stance, one that can then be passed down through the generations.”

Indeed, the fruits of this upbeat message can already be seen at English university campuses and in the pages of East London

hipster magazines, as UKIP target young people naïve or disgruntled enough to believe that sixty or more years ago everything was

That non-specific, pre-Windrush era is depicted in the ‘youth-wing’ YouTube channel as one of full employment for white men. A time

when England ruled the world beneficently and didn’t suffer the yoke of European bureaucracy, before the concept of ‘migration’ was

invented by misguided individuals who hated their own country. Back then, upstanding citizens would gaze happily at the world

outside their conservatories, a land where everyone was well-paid; from the

farmhands toiling out in the fields.
“Quite, quite,” Penelope confirmed by phone the following day. “Everything was better in the past, at some earlier stage of
human evolution when we were all youthful and didn’t have so much pain in our joints. That’s why UKIP increasingly
teaches adolescents to begrudge any new arrivals, resist change and study the history of Britain so they can understand
what we once were.”
“Myself and my husband Reginald would go further. We hanker for the real olden days.” Mrs Borkwood whispered,
confidingly. “It’s difficult, but ideally we'd like a return to the agrarian paradise of 5th century Britain. Back before
those damned Anglo-Saxon tribes came over here from Germany. Benefit tourists, the lot of them.”
NEWS ROUND UP
with Al Likilla
Home Defence UK
A Symptom of a Greater Malaise
ALL NEWS ROUND UPS:

The parks, cities, fields and residential areas of our once green and pleasant land, where the lifting

situation even more troubling than the worst tabloid predictions. At the start of 2014, we can now

confirm that the entire 7.4 million indigenous population of Europe’s fourteenth largest country has

travelled to the UK by sea, air, bus or horse-driven cart with their meagre possessions, intent on

remaining in the British Isles for ever and ever.
“I like it here very much.” Fresh-faced immigrant Hristo Swaneater (pictured left with Keith Vaz MP) told HDUK on arrival at Dover with a hundred thousand others yesterday morning. “With your generous welfare system, and willingness to sack Englishmen from jobs and replace them with us Eastern Europeans; this is more

friendly and civilised than that dishevelled backwater from where I hail. God bless your Queen and legendary Prime Minister

who make this happen. I have to go now and get palatial council house for growing family, all at taxpayer expense!

This influx of economic migrants, every one lured by promises of acceptance, prosperity and housing bubbles, has had an

immediate impact on the ill-prepared UK. These arrivals have ousted our native homeless from shop doorways and pitched up

tents in city centre parks, all the better to enjoy our glorious January weather. But it's in the more rural areas where this sudden

“I got up this morning to find twenty of them building a fire in my garden, intent on roasting a duck

they’d got off the pond.” Mr Pike declared. “I had to get the shotgun out of storage and fire off a few
rounds, just to frighten ‘em away. Tomorrow I’ll put up electrical fencing, just to be on the safe side. I know UKIP told us to expect tens of
millions of new arrivals when the law changed, but I thought that was just Farage being a mathematically illiterate cretin who had arrived at
his estimate simply by adding up everyone who could come here. Shows you how much I know.”
“Still, we’ve got it easy compared to those folk down in the village.” Phenome clarified, pointing to a cluster of buildings in the middle distance.
“My mate Nardy says they’ve kicked his relatives out of the hospital to make room for loads of Bulgarians with tuberculosis or gangrene or
creeping buboes. Old Mrs Crabbit couldn’t even get in the Post Office yesterday; the queue stretched round the block. When she did manage
to squeeze through the old lady found herself knee-deep in gypsies. Apparently the only English word they knew was ‘benefits’, and they were
repeating it to the cashiers again and again, like body-snatched aliens. She had to be sedated in the end; Mrs Crabbit wouldn’t stop
screaming.”

“If it gets any worse,” Mr Pike confided. “I’ll have to move into my second home in Norway on a permanent basis.

They’ve got better healthcare over there anyway.”

Meanwhile, over in a newly-deserted Bulgaria, the only citizen left in that once thriving country is an arthritic old man

who proved too immobile to travel. Even this individual isn’t expected to stay alive for long, not now all the doctors

and nurses have left. The population is, however, being temporarily swelled by a number of film crews, all of whom

Across the border in Romania, the other new member of the European Union, it's a very different story. So far, a

total of none per cent of the native peoples have crossed the channel, with the Romanian Foreign Minister putting

it down to Brits “being such twats about everything”. Indeed, a Romanian student told the BBC yesterday that,

compared to the land of his ancestors, friends and family, England sounded “really horrible and unfriendly” adding:

“Why would I want to go over there? It’s full of bloody Bulgarians.” 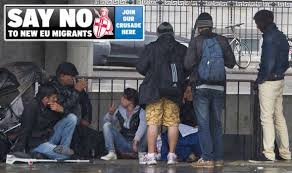 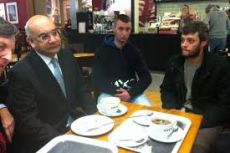 Birmingham Written Off to Save Money
11/01/14
To the Midlands where, this week, residents have been left shocked and disconsolate by the latest local government cuts as
every Labour-led council is subject to an additional round of belt-tightening through early 2014. These projected savings have
left many areas unable to afford essential services such as meals on wheels, pavement repairs or sweeping homeless people
off the street. But it is Birmingham City Council who have garnered the biggest headlines, with their recently-announced plan to
wind the city down altogether.

to pay my staff a living wage. I’ve therefore made the decision to give up completely and send everybody home.” Council leader Sojourner

Cathex (left) told Home Defence when we arrived at his chambers, which were securely locked with a ‘Closed For Business’ sign. “The

infrastructure here will only crumble without funds for proper maintenance, and I’m sick of central government telling me I have to make

‘tough decisions’ like whether to finance child protection or have the rubbish collected more than twice a year.”

“That’s why I’ve given up.” Mr Cathex went on. “This is my tough decision – I’m washing my hands of the whole sorry state of affairs. Where I

live everyone always goes on about preferring reduced council tax to anything else, so I’m giving it to them. And when my fellow residents

regret saving a few quid rather than investing in useable roads, or stopping us being overrun by bubonic-plague infested rats, I’ll be long

With the withdrawal of public funding and a rising threat of disease and unrest, local charities have urged the general public to leave

Birmingham as soon as possible, before every bridge leading out of the city begins to crumble under the pressure of long-term
under-investment. Indeed, neighbouring towns in the West Midlands conurbation are expected to absorb half a million Brummies, all fleeing ‘Britain’s second city’ as full societal breakdown takes hold. On arrival they will be housed in tents and emergency marquees until sufficient social housing
can be built. This is currently scheduled to take place within the next twenty years.
Back at Westminster, the Prime Minister, ‘Diddy’ David Cameron (right), was quick to reassure worried members of his party that
a similar situation wouldn’t befall Conservative-led councils:
“We’re all in this together down south, through thick and slightly less thick. However many billions my government spends on
Universal Credit, Free Schools or tax breaks for married pensioners, I can assure you that rich areas of Britain are very much
on my personal radar; these people shall not suffer.” He vowed. “In the meantime, let me praise the country’s second largest
urban economy for being realistic about the future and opting not to bother anymore. This is a fine model for poorer communities
everywhere. Younger voters should probably give up on the idea of state hand-outs altogether. The free market is bound to sort
out their problems in the end.”

Cameron goes on: “I can also confirm that we’ve done a deal to ensure Birmingham City FC remains in existence. This

venerable club will now play their home games on alternate weekends at the Olympic Stadium, and I urge the average

instead. It’s much nicer here, and you can keep Birmingham’s proud name alive, even if the place itself has

When asked whether the partial closure of this city, with the ruins already degenerating into a kind of Detroit-style

Minister shook his head.
“Whatever happens to that place now,” Diddy Dave clarified. “There will always be a need for decent people to get out of Birmingham as quickly as possible.” 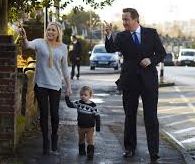 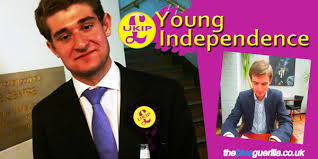 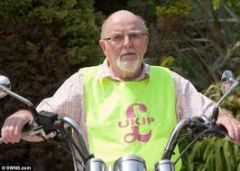 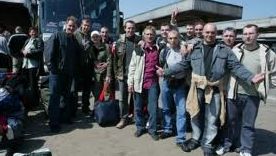