The Houses of Parliament, Westminster, where today the Secretary of State for Justice and sometime Tory party attack dog, Chris Grayling,

announced the launch of controversial new measures, aimed at ensuring those who suffered illegal abuse as minors are offered a ‘new deal’ when it comes to their future education. This scheme is described as ‘innovative’ and ‘daring’ in the press release, and also has the benefit of saving the authorities a whole bunch of money.

conference, his bald head wobbling back and forth like a scary bellend. “Many recent cases have confirmed the sad truth that

physical and sexual abuse of the underage is prevalent at every strata of UK society. With adults getting poorer and more

angry all the time, and children entering puberty earlier, the situation can only get worse.”

“In the current time of austerity, and with burgeoning cuts to the police force and courts, our nation simply cannot afford to bring

any but the worst cases to trial. From here on in, rather than automatically commence legal proceedings, my coalition

government intend to give these victims help with their future schooling instead, be it at comprehensive, college or university.”
“These kids have suffered enough.” Continued Grayling, wiping a tear from his eye. “They can’t waste any more of their tragic formative years
worrying about affording the very best. By forcing them to accept this offer, traumatised kids won’t have massive amounts of debt hanging
over them for decades to come, and they’ll also shut up and stop bothering us.” An enthusiastic Grayling finished to tumultuous applause,
adding: “It’s a win-win situation.”
Under the terms of this initiative, teenagers who decline to press charges or fail to push the police for expensive investigations, can expect
the finest free tutelage, putting them head and shoulders above the vast majority of British children. Depending on age group, these
innocents will be rewarded for supporting state thriftiness with enrolment at one of the government’s massively expensive ‘Free
Schools’, a place on a vocational course and accommodation costs, or tuition fee waivers combined with beer vouchers in further education.
While there has been a predictable outcry from bleeding heart liberals and Daily Mail columnists who repeatedly urge us to “think of the
children” before slagging off female celebrities, the reaction of the electorate to this scheme has been overwhelmingly positive. Indeed,
most voters who grew up in a happy family, and have never been targeted by any kind of paedophile (minor celebrity, or otherwise), are
said to have little sympathy for abuse sufferers, believing them to have ‘brought it all on themselves’.

view HDUK gleaned. “And it's particularly prevalent among the richer demographics. What we’ve seen in recent years is a large increase

in ‘victim blaming’ throughout British culture, encouraged by those who hold power. They believe injured parties are actually at fault,

either because uncouth parents allow their offspring to dress provocatively, or just from being born into squalor in the first place.”

“As with most beliefs held by the higher classes, the evidence behind this is somewhat flawed.” Mrs. Sockpuppet goes on. “Also, the

recent upturn in criminal allegations is nothing new, and seem to be endemic. Even back in the ‘good old days’ we sent kids up

chimneys, and while many long for those bygone times, they forget how public school heads would regularly whip out the birch for a good

flogging or, in rural areas, how farmhands ‘broke in’ their underage cousins before marrying them.”

“We like to think everyone has become more civilized in recent years, but as the news reports confirm, we really haven’t. The truth is,

thousands of children in this country will grow up traumatised and damaged, whatever we do. Quite apart from the problem of having little

evidence, our legal system is terminally over-stretched. Anything the coalition can do for these poor urchins in terms of personal

improvement, and making the future better than their recent, horrendous past, is very welcome.”
“Of course,” Diane concludes. “Many say that our first priority, as a country, should be to put the abusers behind bars, but in some cases
that simply isn’t realistic. A lot of them are rich, or hold notable positions in powerful institutions such as the Church, Royal Family, or
House of Lords. And you know what they do to nonces in prison don’t you? That’s not something I even want to think about.”
Much of the media is now playing up the ‘learning windfall’ element of Grayling’s proposal, with broadsheet newspapers seeing it as a key
plank in Michael Gove’s ‘education revolution’. This comes with the replacement of GCSEs by a double tier E-Baccalaureate (the two types
being: ‘the affluent’ and ‘divs’), combined with his mission to turn A-Levels into “something more difficult I’m comfortable with” and so-called
‘robotic learning’, whereby children are made to repeat things they don’t understand for hours until reflex memorisation is complete. Meanwhile

the tabloids and Rupert Murdoch’s Sky TV have suggested that well-funded, pedagogically-enabled abuse victims will, in the future,

step in to prevent further attacks happening, which is certainly an interesting leap of logic.

addressing neither, as one woman known only as ‘Jane’ (left) told Home Defence:

“If the Prime Minister had offered me some kind of student grant in return for letting that bastard go free back then, I’d have punched 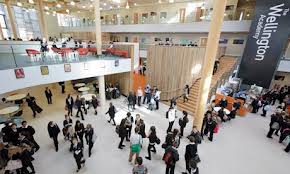 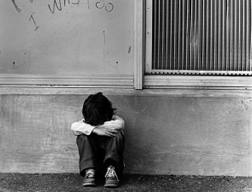 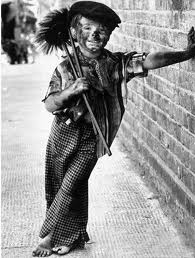 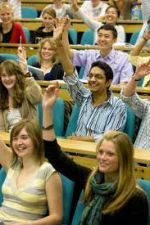 Looking forward to a brighter future!
1