To City Hall, where today Mayor Boris Johnson gave a speech before the London

“This may seem like a piffly out-of-the-box bit of blue sky thinking.” A visibly flustered Johnson told

politicians while running a hand through his blonde mop. “But my proposal is to take men, or ‘resources’

as we’re calling them, away from their homes and families until the Spring of 2012, then force them to do

lots of heavy lifting. After all, these people need focus. My administration promises every sequestered

worker will be given a roof over his head and food in his um, belly, during this time. In return we just need

these fellows to do eighteen hour days, seven days a week for the next thirty-eight months.”

“I mean, hosting the Olympics is nice, we were lucky to get them I suppose.” Johnson continued. “But
crikey it’s expensive! I know lots of working class chappies are out there looking for jobs, so we’ve

prioritised British voters with this thing. I mean workers, British workers. There’ll be no foreigners on my

site! London jobs for local Johnnies! And at no additional cost to the taxpayer! Let’s win those hearts and

minds!”
The Mayor was then applauded off-stage by Conservative members of the Assembly before attempting to leave the auditorium via a fire exit and setting off several alarms.
The Olympic Games will comprise two weeks of exciting sport such as curling and equestrian and is
expected to cost the UK £9.3 billion pounds, although this figure rises by the day. Dozens of new stadia
and athletics tracks are still to be constructed around the Stratford area of East London, as private companies
pull out of building residences that were supposed to fund the projects in the wake of the credit crunch.
Indeed, Mayor Johnson has been left with a half billion shortfall, and once this enormous loss was identified
Boris demanded those of his deputies who hadn’t resigned to come together and ‘brainstorm like crazy’. The
solution they settled on was both radical and yet somehow in character with the outlook of Johnson’s
administration.

workforce.” The Mayor’s newly appointed Deputy for HR (or ‘Slavery Tsar’ as the tabloids have dubbed him)

build velodromes or fencing arenas, but with the fallout from toxic investment and plummeting land prices

we’ve had no choice. In the face of rising unemployment the Conservative boroughs have agreed to serve

notice on their male jobless, and these men will soon be woken at dawn, forced into the back of cattle

trucks and taken out to the Olympic Village. Once there they'll be worked hard while the government

pays any Jobseeker’s Allowance to the next of kin. These layabouts get something

useful with which to occupy their time, as well as the chance to participate in the

greatest sporting event this nation has ever seen. They ought to be happy.”
When HDUK visited the site earlier this afternoon we found a hive of activity. Hundreds of shirtless men, all of
them newly forced into servitude, toiled over the massive infrastructure programmes that come with these
games. We saw scores of sweaty serfs pulling massive concrete blocks on rollers to make bridges, while
others breathed in clouds of hot tarmac as they laid roads and some hefted bricks into place for the East

Seeing HDUK, a number of workers began to yell for us to get word to families

that they were still alive. These men were quickly silenced by their supervisors,

a group of baton-wielding men in sunglasses who threatened to whip the workforce until they shut up.

across the country, asking for more manpower to be drawn directly from

the feckless youth and criminal classes, along with those who refuse to

vote for David Cameron at the next election. Relatives are deliberately
being kept in the dark about the location of their loved ones until the games begin; the menfolk taken to
London under the terms of extraordinary rendition and assimilated into massive ‘peoples’ communes’.
These converted factories will form their living quarters while individuals are put to work on tasks 'dedicated
to promoting the glory of Britain’.

Early reaction among the chattering classes and ruling elite has largely

been in favour of this ‘great leap forward’ as Lance Cumberbatch calls it.

But some dissenters on the left point out that, mere days after Boris’s ‘new

deal’ got underway, some two dozen men had already been injured doing

swimming pools and trying to produce steel from scrap metal.

distance, laughing off suggestions that legal claims from injured workers

and bereaved families could top £500 million pounds. Instead the capital’s

most powerful man concentrated on plans for the opening ceremony, a gala

tribesmen before he is paraded through the Olympic Village on a 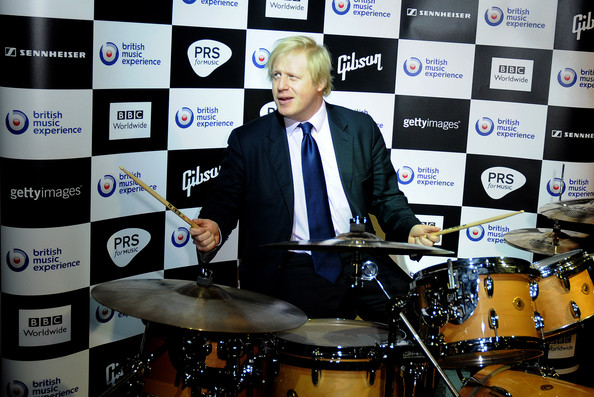 Johnson details the plans using wild gesticulations and hair.
How the games will look once work is complete.
'Slavery Tsar' Lance Cumberbatch.
The scene in Stratford.
The great migration commences.
1