Blair: "You're All Going To

bombs, smallpox, anthrax and nuclear annihilation, plus every other kind of

terrorist attack you can think of, is certain to occur in Britain very, very soon."

Blair confirmed sombrely. "According to our intelligence reports this will result

in a massive loss of life among the general populace. Now return to your homes
and prepare for death."
Unfortunately for Mr. Blair reporters would not allow him to end it there and forced the premier to answer a number of questions which he deflected with memorised phrases and a flash of glinting teeth. To a particularly vociferous woman from the Daily Mirror with a query on his plummetting personal ratings and party's unsteadiness in various opinion polls, Blair responded by saying that, since there were unlikely to be enough of an electorate left to hold general elections in the future due to everyone having died in particularly nasty circumstances, he wasn't going to allow the figures to prey on his mind right now. "The chance of the majority of peaceniks and socialists surviving the next couple of years without succumbing to a chemical, biological or nuclear attack from any number of extreme groups whose dander we've raised with our recent actions is infinitesimal at best." Said Blair, grinning coquettishly as cameras clicked and microphones crackled.
A journalist from the Times then asked Mr. Blair to respond to the accusation that his speech was just part of a carefully coordinated campaign to create a spurious climate of fear and enable his hawkish actions to be seen as those of a saviour. To this reporter, who didn't seem afraid to suggest that Tony was trying to trick ordinary people into regarding his continual warmongering as somehow positive when only the rich (and arms companies) would really benefit, Mr. Blair responded by pointing at his interrogator and booming: "You're going to be dead soon as well my friend. Believe it."
NATIONAL NEWS
with Al Likilla
Home Defence UK
A Symptom of a Greater Malaise 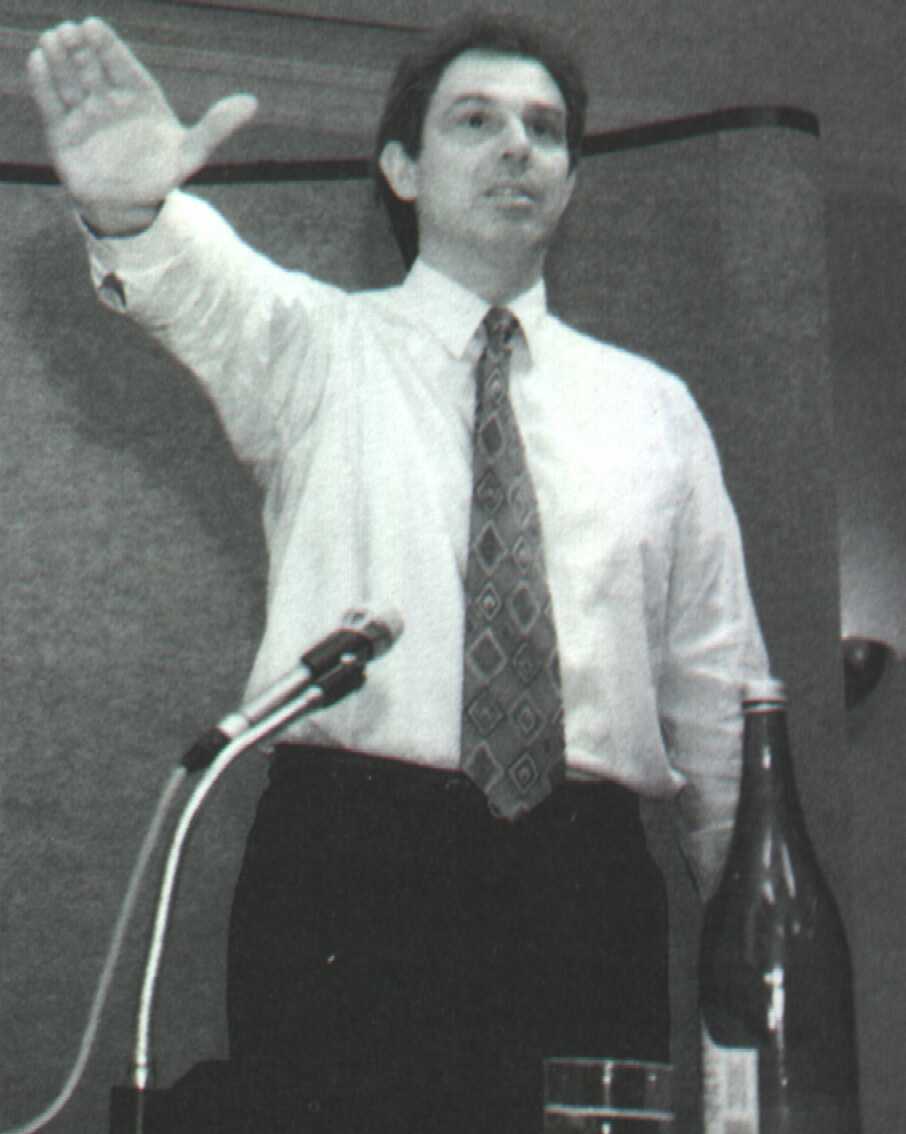 Blair: "All of you will pass"
ALL NATIONAL NEWS:
1