Home Defence UK
A Symptom of a Greater Malaise
GAMING
with Clint Panzerdivision
ALL HOBBIES:
LOAD ""
Message Boarding For The Obsessive

- Dave out of Chas N' Dave painting a gypsy caravan
Thanks for that Al.  Jesus Christ.
But what is the real news?  Is it what The Man serves up through his multi-billion dollar television networks, his vast industrial complex of thumping, pounding print presses, his shiny user-centred interoperable web pages?
Yes.  Yes it is.  Damn you, The Man.  But you haven't got it entirely sewn up, you anthropomorphised counter-cultural shorthand bastard.  We're not all out fervently discussing your 24/7 rolling agenda, oh no.  We've got other things on our minds.  They're important to us.  They affect us directly and they're much easier to understand

than whatever conflict from the disputed zone you're feeding us this week.

What are they?  Who knows?  Let's find out.  Let Clint Panzerdivision be your guide as we travel through the panoramic

mindscape of internet discussion forums*.  Not the news ones though, Have Your Say can suck my balls.

Twelve million people play World of Warcraft.  That's about the same population as the entire London commuter belt, so it

seems like a promising place to start.  Are they talking about the Nigerian election?  Muammer Gadaffi? The Royal Wedding?

No.  In your face, global media.  Lowcarbz has been screamed at by his dad and invites public debate.  26 pages later, opinion

is still split.    The pro-Dad faction believe Lowcarbz should damn well do as he's told.  The pro-Lowcarbz camp feel that Dad is

a jerk.  It's Israel/Palestine all over again, and seems as likely to reach an agreement.
Meanwhile, Sunshine has opened up the contentious question of how to react if you're a man playing a female character and another man flirts with you.  Some ignore it, some roll with it.  It's a mixed up, muddled up, shook up world in Azeroth alright, except for Gandin, apparently.  Gandin finds the whole thing quite upsetting, and demands that "If you're a dude, then play a dude."  Stringent, perhaps, until you consider that same sex flirtation between avatars "is why children arn't allowed on the internet."  Thank heavens someone's thinking of 'em.
"What is the WORST sound in game[?]", asks Sphork, and the jury is in.  It's worgens sniffling by a long stretch.
In case you're wondering, they sound like this:
Ten seconds of that isn't too bad.  I presume it's worse played constantly over a thirty-two hour period.  Incidentally, Linux-
heads may be interested to know that I recorded that sample from YouTube using outRec, which is awesome and can be
found here.
That's enough WoW.  What's on the minds of the domestic terrorists at internet hate machine 4chan /b/?  I'm not sure I really want to know, but let's do it anyway.
Anonymous is mad, bro.  There's a lot to get mad about in the world, I can appreciate that.  War, poverty, starvation.  And namefaggotry, apparently.
"No. You're not special. You're retarded. You're a cancer and one day you'll look back at all the hours you spent posting as your shitty little name, after having spent days trying to figure out a tripcode that could have a WORD in it, and you'll scratch at your greasy neckbeard and suddenly realize that you are a waste of air and space."

Wow.  I don't think I've ever been that angry.  You'd have to trawl the Daily Telegraph comments on Fractured BritainTM to even get close.  237

people rush to add their feedback, and it seems the problem is worse than I could have imagined.

"You'll also notice they're often furries or those pony faggots too, so not only are they cancer but they're some kind of super

cancer, determined to destroy everything we love and cherish with their retarded faggotry."

Pony faggots committing namefaggotry, destroying everything we hold dear like a super-cancer of retarded faggotry?  Holy Mary, mother of

god, why isn't the BBC reporting this one?  I'll tell you why.  Censorship and political correctness.  What have you got to say for yourself, Alex

Gubbay?  But it's not all transferred self-hatred at /b/, there's human tragedy too.  Anonymous has been dumped, and he's feeling pretty bad

about it.  Can /b/ help?  Are namefaggots retarded?
"Fuck her out of your system," suggests Anonymous.  It's good to have a support network.  Failing that, there's always a never-ending
stream of amateur pornography to resort to.  Back to the decon chamber, gang.  We've got time for one more.
You could be forgiven for thinking Flat Earth Theory had gone the same way as phlogiston and the four humours but oh, how very very
wrong you'd be.  At the Flat Earth Society forums, the fire still burns.  It's hard to know how to take the Flat Earth Society.  Some of
them appear genuine in their beliefs, and some are clearly Olympic standard trolls.  Actually trying to engage with these people must
be like talking evolution with a room full of creationists and David Thorne.

Thork wants to know "how the round-earthers explain the manufacture of industrial flat glass,

using the float process?"  Dammit, I'm a Round Earther, and I can't answer that.  He's helpfully

manfacturing processes.  As you can plainly see, this method is impossible on a globe, and he's got the maths to prove it.  Bazinger,

he's got me already.  Other sceptics aren't so easily swayed, and the argument continues for a further 29 pages.

The issue of ships sinking into the so-called "horizon" is less easily dismissed.  In Flat Earth Theory, a ship disappears beyond a finite

vanishing point from the bottom up, and the hull can be "restored" through a telescope.  Flat Earth Proponent Tom Bishop cites the

with magnification."  It's a killer response but, fool that he is, the General has tried to recreate the experiment with the sun, not a ship.

Of course it won't work!  At this point I rather lost interest.
That just about wraps up our brief glimpse into the news that matters to you, or at least to somebody, but since the Flat Earthers
were a bit tedious we'll end with a controversial view on Koran burning from Anonymous at /b/.
"I don't give a shit, so long as they don't try to burn mine."
Peace out.
- Clint.
* Also, fuck off and die. 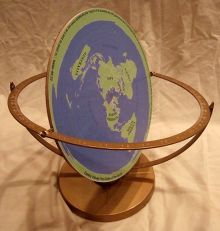 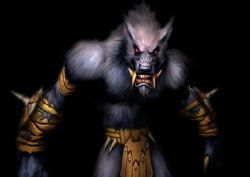 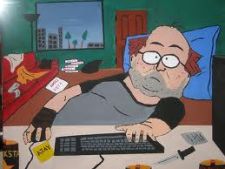 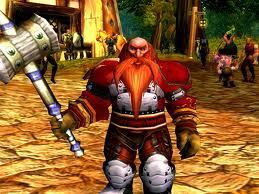