HOW I SPEND MY DAYS
with The Reverend Harry Figgis
Home Defence UK
A Symptom of a Greater Malaise
Iain Duncan Smith’s Universal Jobs Botch
20/03/14
ALL HOBBIES:

Long ago, back in the olden days when we had an economy, there was once upon a time

something called ‘Jobs’ and decent, God-fearing working class layabouts would turn up at the

employment office expecting to find them.

Yes my sermon today is about Jobs. You remember ‘Jobs’. Those things that turned into work
and, by default, wages. Back in the old days Jobs were posted on boards, with instructions given out by helpful
Job Centre staff whenever you had a hankering to apply for one. These Jobs were, in fact, adverts from employers seeking employees, each of whom knew the unspoken contract meant that you applied and they would interview. If you were lucky you, the candidate,would get the Job, and that would pay enough to live on, with some extra for beer tokens, games of bingo or a cheap holiday in Spain. There was a sense of mutual trust that the advertised opportunity was a tangible route to drunkenness or Spanish dysentery. This was because the employment office had an intimate knowledge of who posted said Job, along with the potential employer’s contact details. Sometimes it was even possible to find out the hours of work and proposed wages. Sadly, such a time no longer exists, nor will it again; not in the lifetimes of my loyal parishoners..
No, these days things are less clear-cut. The helpful staff have vanished, replaced by a computer with no intrinsic interest in helping anyone find work. The Job ad vetting procedure for employers have been reduced to an online questionnaire, so any Tom, Dick or Harry can post whatever he fancies, like hitman, prostitute or IDS pest control. The job centre staff are too busy with government-sanctioned bullying to check the validity of any advertised Jobs, leaving everyone in a state of confusion and ongoing scandal. How on earth did we get to this?

That renowned, God-fearing politician Iain Duncan Smith actually heard the Lord talk to him once, God said IDS could improve the

old ways and save money at the same time. In March 2012 Iain set about asking three private disciples; Steria, Monster and

Methods, to come up with foolproof ways of making it easier for companies to make money out of poor souls looking for said ‘Jobs’.

Unfortunately, not only were these ‘Jobs’ a rarity, but Iain subsequently gave each private disciple differing sets of requirements for

their holy mission. Steria challenged Iain with an informal complaint to his ministry, telling the Department of Work and Pensions

this process was not equal, meaning a second tender soon came up for grabs. But this time Methods commenced a legal challenge

on similar grounds, after finding out that Monster had won after all. To make the whole mess go away, the DWP paid off Methods for

their wasted time and hoped no one would find out how much it all cost. Remember this, as we shall return to it later.
In November 2012 Iain’s holy vision was achieved and Universal Jobs Botch went live, a bit like Skynet in Terminator but more of
a piss-poorly wired bad robot than advanced Monster machine. Since then Iain’s Job Centre Terminator has continuously shot
itself in the foot rather than perform anything more complex than the average pocket calculator. Sadly Iain cannot blame the
Monster; he gave the thing life and set out its core programme.
Instead IDS has peddled his usual dialogue about lessons learned, thereby trying to hide his mistakes yet again. Tragically, by
this time the Monster had developed a life of it’s own. Just like Victor Frankenstein’s creation, the Monster, on being released

into the big wide world, developed an agenda, and no one was able to bring the beast

to heel, not without great expense and a total loss of credibility (for Iain that is). The

undeserving unemployed, all out there looking for ‘Jobs’, were compelled by sanction

to brave this beast, with no choice in the matter nor recourse to decline. What's more,

it is now apparent that some out there have used the Monster to their criminal advantage, turning it into a government-owned

spammers delight; rife with bogus Jobs and fraught with the threat of identity theft.

How does Iain explain away all of this? Answer: he doesn’t. Nothing to see here IDS says; go away. It all comes down to the

workshy poor bleeding the economy like leeches, as always. Yes, we have to learn from past lessons and get the process

right, so that is what we shall do. There can be no statistics to prove the failure of Universal Jobs Botch, or reveal that it’s just

another lie from the Gospel of Iain.
Is all this really true? Well, Iain has been caught out time and again telling fibs about the efficiency of his master holy crusade. Only last week the Commons Work and Pensions Committee warned Iain’s DWP to “exercise care in its press releases”, going on to say: “Government statistics should be presented fairly, accurately, and unspun”. That means stop making it up to suit yourself Iain - stop telling lies. Dame Anne Begg, Chair of CWCP, went further with; “statistics should be used to shed light on policy implementation, not to prop up established views or feed preconceptions”. Dame Anne could have been referring to any of IDS’s unreliable statistics, such as his claim the benefit cap directly persuaded 5,000 claimants to get a job (the United Kingdom Statistics Authority has already given IDS an official reprimand for that particularly blatant lie).
The DWP Communications Director John Shield tried to back his boss with the limp excuse: “IDS can
voice his opinion of what he thinks the data is saying”, presumably even if said opinion is the exact
opposite of everyone else’s. If IDS says something it must be true, even if he maintains the sky is green
and the grass blue – it’s all about ‘personal interpretation’ of the data. Iain has such sycophants and
tricks up his sleeve to avoid being honest with those whose money he wastes.
Moving on from this statistics-bending ideology, we come to the crunch question of how much this
tomfoolery is costing us or, as the DWP would have it, “the allocation of resources”. Half of all public
spending goes to private contractors, and we know nothing of the amount given to each contractor
thanks to a convenient piece of legal mumbo-jumbo called ‘commercial confidentiality’. That’s right;
taxpayer money is dropped off a cliff with minimal accountability, if any. The big players; G4S, Serco,
Atos and Capita, all agree with the concept of Freedom of Information requests, but to date have hidden
behind the DWP who refuse to contractually implement such concerns.
For example, we know little of the ‘Work Programme’ beyond the negative publicity its providers, such as the hapless A4E, manage to win themselves. We all know about the alleged manslaughterers at G4S and their Olympic fiasco, Serco’s fraudulent reimbursement for tagging dead prisoners and Atos doing all they can to get out of fitness for work tests, but the rest of the Freedom of Information area has, until now, been replaced by the gospel according to Saint Iain and his DWP ministry.
Which brings us nicely back to the Universal Jobs Botch.

At the beginning of March 2012 the DWP instructed its Monster to remove 120,000 ‘Job’ advertisements from the site

because they failed to meet the terms and conditions, paying an extra bung of 975,000 wongas to the Monster to sort it.

What’s more, rumours are rife the DWP is planning to dump this scheme in 2016 when the Monster’s life cycle comes to

a natural end. You can’t blame the Monster; it only does as instructed and cannot comprehend disagreeing with a

know-it-all DWP is like arguing with the monkey, not the organ grinder. Either way, the costs of the Universal Jobs Botch

earner for a site the National Online Recruitment Awards described as a ‘mongrel’. Oh, and let’s not forget the 950,000

wongas given to Method to pay them off which, combined with the Universal Jobs Botch, is still dwarfed by the proposed

330 million wonga write off for IT work to date on Universal Credit.
No wonder the DWP are so keen on sanctions, they have to get their money back somehow after such monumental clusterfuckery and a series of fiscal mistakes.
It would have been cheaper to give every Jobseeker a golden handshake to start their own business. Still, at least handing over so much taxpayer money to private enterprise neatly fits the ethos of the present shower in charge, and just look at the good it’s done for the economy!
You carry on hiding behind statistics Iain, until one day you’re confronted with the real truth. When it comes, I hope you and
your cronies face disgrace and possible prison stretches for such a gargantuan waste of money. In the meantime, perhaps you
should consider a job where IT skills aren’t required, for it’s obvious you’ve no idea what you’re doing.
For once Osborne was right; you’re an idiot.
Amen 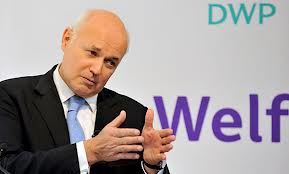 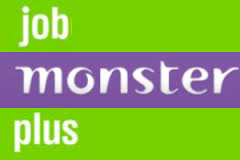 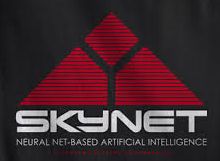