Home Defence UK
A Symptom of a Greater Malaise
HOW I SPEND MY DAYS
with The Reverend Harry Figgis
ALL HOBBIES:
Great Expectations
17/02/12

Good morrow sinners. It seems the Church of England has come over all socialist of late. While

Bishops bang on in the Lords about the plight of the poor, and ex-Canons fire off at regular intervals

in the Guardian, perhaps your humble pastor should bung in his few penneth of cordial socialist

advice for those facing financial penury at the hands of the evil capitalist behemoth. Then again,

perhaps not.
We have been here before of course; exploitation, poverty, and class dissent is nothing new in this green and pleasant
land. As far back as the Romans and beyond, someone was screwing over someone else for profit. Even now, we
celebrate Dickens’s bicentennial view of ‘ye olde merry England’ with it’s smog filled hovels, turds floating down the Thames, prostitutes with wooden teeth, cheeky child thieves, workhouses and impenetrable dastardly posh types, as a golden age of Englishness. All this seems far removed from today’s Shameless “where’s me Giro?” welfare state.

Or is it? Dickens prose, awash with sentimentality, perpetuated by his characters’ hopeless attempts to scamper up the greasy pole

while caught by the breeches in a web of poverty, insecurity and poor health, could be a metaphor for the ills of today. But Dickens didn’t

have the Capitalist global economy to blame, he relied on the Exploitation of Empire as his backdrop, where Britain screwed just about

everyone else. Some would suggest we are back on Charles' home turf nowadays, fighting wars abroad for the materials of other lands,

surrounded by media untruths and daily tales of feckless types; Bullseyes and Sykes’s.

In Dickens’ time, through industrialization and entrepreneurial wealth, Britain was truly great for the privileged few, while old Charlie’s

characters never tasted the good life beyond a bowl of gruel, deportation or a stretch in Pentonville. The protestant ethic of hard work

leading to prosperity was as much a crock of shit back then as it is today. Perhaps that’s why Dickens is so popular; his characters are

doomed to failure, just as we are. We relate to them after two hundred years, pitying his fictional constructs in the vain hope someone will take pity on us too, but in the meantime we must know our place. A generation has grown up to believe social mobility involves winning a TV talent show. Why bother learning science and stuff, if you can warble in the bath like some freshly neutered cat in acid with a vocal range to suit?
At this point I shall digress, and offer a potted history of what happened between the Dickens version of abject poverty, and Simon Cowell’s twisted post-apocalyptic future.
In the 20th century, after a couple of wars that wiped out large swathes of the population along with a sizeable chunk of wealth, the welfare state
was set up, offering hope and support for all citizens, from cradle to grave. And why not? The ruling elite owed a huge debt to those people for
dying on their behalf. There were no TV talent shows back then, only Gracie Fields or some Northern bloke with a ukulele stalking women from
a ladder. The introduction of free health care, welfare and education meant that everyone had a chance to play on an even field. Suddenly
everyone was equal, and what could be more English than that? Hospitals would look after us when we grew ill, the welfare state would help
when we fell on hard times, and education was the vehicle for changing one’s social position or status. These days education, that great
equalizer, is no longer the road out of poverty but a cul-de-sac leading to a lifetime of debt. Just as things were looking so promising for the
human race, we let so much slip through our fingers.
Still with me?
Back to the present day... within capitalism, or the market economy, we find ourselves in a situation where one section of society benefits at the cost of another, but has run out of commodities to exploit. The destruction of our manufacturing base, undertaken to increase profits, sets the agenda. Why pay for a chimney sweep in Chiswick, when you can get one in Asia who runs up clothing in a sweat shop between shifts? Well, the problem with this is obvious. Take away manufacturing and you subtract money from the economy, leaving less in the pockets of those at home. This means rich types getting richer by offshoring the means of production, while leaving workers with less income to spend. Throw in cheap credit and taxes, sell off social housing to make up the wage shortfalls, and the recipe for fiscal meltdown is complete.
This brings us to our government, hell-bent on transferring public funds to private enterprise. With no manufacturing to ‘Capitalize’, the next logical step is to ‘Marketize’ the public economy.

People pay taxes to support a system of redistribution; health, social care and education for the good of all. Capitalism redistributes

wealth to an elite few, maximizing their profits by reducing staffing levels and rates of pay under the (false) guise of benefitting us all.

Obviously the system is unable to sustain this level of greed, resulting in boom and bust cycles. Capitalism and the market

economy, by its very nature, has no alternative but to constantly rebalance the terms of engagement in its own favour. Hence the

Greek bailout debacle, and constantly shifting deadlines to cough up interest on debts.

We could assume that access to knowledge has sneakily returned to the Dickensian preserve of those who can afford it; the

wealthy elite. Information becomes no more than a (sadly lacking) great expectation, masking the real reason for the shift. This is all

about greed. As television spews out a diet of rose-tinted Dickensian hardship, in the real world that gap between the haves and the

have nots grows greater every day, the old 99% versus 1% argument. This is Capitalism’s effect.
So health care provision is handed over to a market economy where the bottom line is decided by shareholders rather than patients. Look to America and see where we are headed, with health insurance and the provision of affordable care for all.  Meanwhile limiting house building creates a shortage, property prices are inflated due to the high demand, cheap lending floods the market, resulting in a property bubble. Remove the cheap loans to suppress the housing market and the rental market increases. Whatever happens, the rich make a profit at the poor’s expense.
Throughout we continue to perversely cling to the notion of the sun never setting on our Empire; that Britain retains a place at the
high table of world affairs. Unfortunately those days are well and truly over, despite this government’s addiction to interfering in the
business of Johnny Foreigner. The welfare of our people comes a poor second to the politics of protectionism in yet another
oil-based economy overseas, even though we can’t afford to fight wars with no gain as the result. How long before we face up to
Argentina invading the Falklands, with the only military option sending in Merryl Streep to slog it out on our behalf?
Despite this, Englishness has become fashionable again, but with an added twist of bitterness. Thanks to the likes of Ian Duncan
Smith and the Daily Mail, we are no longer under the protection of Mad Margaret. Instead we are all Miss Havishams now, only
snide and skint.
We trusted our apparent betters to look after us. Instead, they support a Dickensian ideal of looking after their own interests, encouraging avarice at the top whilst demonizing the poor. Combine that with the outdated notion of Monarchy, and embracing the class system makes us resemble lemmings looking for a cliff top. Reinforcing our arrogant notions of status can only lead to further delusion. In reality, everyone is of the class that must work, and we have bugger all left to boast about.

Dickens must be spinning in his grave while Cowell runs auditions to dance on it.

How ironic the bi-centenary falls against a backdrop of renewed forelock tugging, with our anachronistic monarchy on the ascent.

Encouraged by the biased Redtops, we can all kick the poor, punch the disabled, or starve the unemployed, while banging on about

Britain returning from its broken brink. Sadly, the notion of a return to some mythical Dickensian theme park called England; a

country run by public schoolboys because they know better than the rest of us, has brought only moral and fiscal bankruptcy.

The looming loss of our triple-A credit rating will suck the last gasps credibility from the present shower, while bettering one’s self

through hard work is now as remote as it must have seemed to Dickens’ Pip.
For those on the bottom rung of the social exclusion ladder, social mobility is reduced for those lucky few on two week apprenticeships,
basic literacy courses, or free labor work trials for Tesco (otherwise known as modern day slavery). There is scant inspiration to strive
when greed at the top outweighs the rewards for ‘Dorrits’ at the bottom. With returns so slow, there is no longer the opportunity to aspire,
so apathy comes to dominate our economy and nation. In this context, rioting and looting is nothing more than a logical extension of
Fagin’s erstwhile pickpockets. If you have nothing then you have nothing to lose.
Capitalism has sold false freedoms under the guise of a free market economy for long enough. Dickens’ world has no place in ours. We
deserve better. There is no class, there never was, only avarice and greed.
Rant over…
Amen 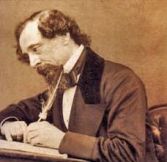 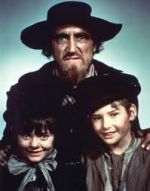 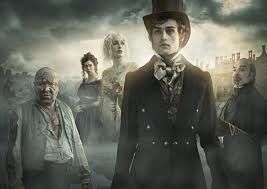