Home Defence UK
A Symptom of a Greater Malaise
HOW I SPEND MY DAYS
with The Reverend Harry Figgis
ALL HOBBIES:
Friends, Romans, Countrymen
02/07/12

the President of the United States in the dark art of spin. By failing to distance himself from an

errant colleague who is guilty of corruption, and appearing to stand by him, the POTUS can

counter negative media attention. “Don’t just say you knew him, say he was a great friend”

says Ryan, putting spin on spin.
Every time I hear Comedy Dave explain his judgment I think of Jack Ryan and quietly titter. Whenever I hear Dave make excuses for the conduct of his administration, I wonder what slight of misdirection he’s trying to pull this time. It seems Dave’s political nous is entirely based on the ‘chillaxed’ ramblings of fictional movie characters, be they Rambo on Libya, Obi-Wan on the economy, or Gordon Gekko on welfare benefits. Nothing causes hilarity more than his long line of excuses for the cabinet and

their behavior; keeping his friends close and his enemies closer. The latest errant colleague is Michael Gove, the

self-proclaimed savior of standards in schools, who has curried favor with the likes of Nadine Dorries (another Tory who knows

what is best for everyone else, and a potential usurper to Dave’s crown).

Gove, ambitious and arrogant enough to pen a forward to the King James Bible introducing God, would do better to rewrite his

2010 prefix to Mao’s Little Red Book before embarking on a Long March toward Cultural Revolution. Gove has revealed his

ideas for the future of educational standards without the knowledge of his party, causing Dave immediate media concern. It

seems that Gove, like all good cowboys in westerns, shoots from the hip, and he doesn’t bother letting others know he’s about

to put a bullet in their foot. Dave’s template for countering another presumptuous statement of ministerial authority has the ring of familiarity. Rather than run the risk of another rogue ministerial agenda undermining him, the PM chooses to do a Jack Ryan.
“He’s a great friend, I encouraged him to become a politician over meetings in my kitchen” (with supper perhaps?) Gove thereby
joins the list of luminaries who have benefited from Dave’s skills at misdirection: Hunt, Brooks, Coulson and Fox. In these tough
times, one wonders what other influences dictate the actions and statements of our betters, aside from ‘Atlas Shrugged’ by
Ayn Rand; a fervent piece of political fiction forever dominating the book clubs of the global political elite.

from the movie ‘Memento’; a master class in spin if not memory loss. Fortunately history will

record Jezza, not so much as a threat to Dave’s imperial authority, but for his contribution to

the lexicon of cockney rhyming slang (with thanks to James Noughtie of Radio 4): “I say old

chap, what a terrible Jeremy Hunt you are”. He’s no threat to Dave’s imperial authority.

It must be tough for Dave though, having to offer up yet another excuse for the shortcomings of his Party while the nation is

transfixed by that regular ‘Trial by Ordeal’ featuring lurid characters, lying and political backstabbers on our TV screens.
No, not Leveson's enquiry, Sky’s soft porn gore-fest remake of ‘Up Pompeii’, with Jon Hannah in the leading role as Lurkio.
Yes him, Hannah, you know the bloke. He was Rebus for a bit, then Rachel Weisz’s brother in ‘The Mummy’, then he disappeared
to do voiceovers for the Co-op. But “titter ye not”, Hannah’s Franky Howard tribute is more than just a few palm-strokes away from
the original seventies tit-fest. Rather it’s a cultural commentary on everything we enjoy as entertainment these days. John Hannah
gets his Centurion’s helmet polished by a slave girl, before a hunky gladiator back-ends some Roman strumpet. This is hardly
accurate when you consider the original story. Indeed, ‘Blood and Sand’ would have Kirk Douglas spinning in his toga and son
Michael wondering why he needed sex therapy.

To put it bluntly, despite doubting my ability to cross the threshold of a Co-op convenience store ever again without thinking

“guud with fuud”, Blood and Sand is a cornucopia of greed and oppression. Unlike seeing the Tory party eat itself, there is a

perverse fascination to be had watching the rich and powerful exploit others while fucking everyone in their way. Sky’s ‘Debbie

romps as metaphors for our unequal society, but somehow I doubt it. Who would know of Spartacus’s fictional political stance

without having been drawn to the bulging abs or the unhealthy obsession with sexual gratification? Even the Greeks seem to

have lost this battle.
In this 'clear and present danger', is there anyone brave enough to stand up and say “I am Spartacus” without invoking the far-right’s
rage, or a slap on live TV from a Greek fascist? Perhaps it’s our own fault. Maybe the collective fascination with stylised violence and
nudity has led to our nation dumbing down and, like some Greeks, all we’re left with are the muscle-bound idiots, devoid of intelligent
political dialogue.
I wonder if Dave is a fan, bearing in mind his preoccupation with appearing as a fictional ordinary bloke and happy Sky subscriber. Alas,
it seems apparent Dave’s more of a Tom Clancy boy and therefore ignorant of new, cultural tastes (even those manufactured by
Murdoch’s Sky). Perhaps he didn’t get the memo. Dave could ask round his office rather than Googling, considering the growing influence of that search engine’s

fast surpassing any lobbying team Murdoch could recruit. Dave seems strangely out of touch with the real world, as are the rest of

his party, but none more so than Michael Gove, championing his Mr Chips persona.

Gove claims to want a return to high standards, teaching a proper view of history based on the classics, without trendy left-wing

educational interference or abs-fest titty-porn distractions. At the same time, he will discriminate between the educational haves and

have-nots; taking us all for Jeremy Hunts rather than that man Spartacus. Gove believes his cunning plans can somehow pull us

back from the brink, the nation becoming ‘Great’ again by making it tougher for the less fortunate to get a decent education or

escape poverty. Whatever the reason, Gove thinks he’s some kind of erstwhile scholar, but the sooner Mr. Chips says Goodbye the

better.
In fact, all of this is nothing more than good, old-fashioned Tory bluff. Gove has his eye on Dave’s crown, as does Ian
Dumpling-Smith. Oh what a fickle web we weave, when we practice to deceive. So how does Dave do battle against these
Titans of mediocrity? Yes, you guessed it, he picks on the weaker kid in the playground. This is like a game of Trumps, only
using lives and social security as cards in a pattern of old-school bullying. Gove focuses on exam standards, IDS plays his
universal credit card, and Dave ‘Top Trumps’ Cameron cuts housing benefit for anyone under twenty-five.
With increasingly idiotic claims for moral authority (like Carr’s tax avoidance when Dave’s own dear Papa set up offshore
accounts doing much the same), Cameron’s moral compass only points in one direction; toward his own interests and
those of his wealthy mates. But the long knives are out for those who want to play Caesar for a day. Watching the Tories fight among themselves is hardly a gladiatorial

spectacle, yet the party of millionaires is about to prove how nasty it can get, threatening the lives of the worst off in the

Even if John Hannah’s’ Roman porn-fest character is no more than a cheaply populist, sexualized interpretation of history, at

least he offers to save the family of Spartacus when the gladiator gets thrown into the pit. Dave has no such compulsion. He

chucks down families, the poor, and then the disabled in after them. Perhaps it’s time to teach Dave and his educated mates

the meaning of Veni, Vidi, Vilitas, before we all end up going the way of the Greeks. 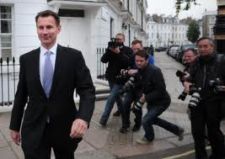 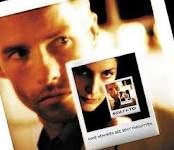 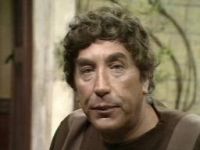