HOW I SPEND MY DAYS
with The Reverend Harry Figgis
Home Defence UK
A Symptom of a Greater Malaise
Beware, the End of the World is Nigh
03/06/13
ALL HOBBIES:

Is the world, as we know it, about to crash and burn? Michael Douglas thinks so. He’s not alone, Mrs Jollie’s up there

with him, offering advice to counter one possible future, although tips on oral sex from the latter would have been

preferable (rather than Michael’s view of breast care). So we return to a world of soothsayers, be they mega-star
celebrities or mundane politicians, but where are the grains of truth? Back in the everyday world, as Nigel Farrage disappears up his own
oratory, what is it with our nation’s fascination for the inane musings of self-appointed experts? Like Farrage, whose only claim to fame is a

penchant for pisspoor plane landings or winding up the middle aged, Paddy Mercer’s explanation for the

next lobbying scandal is a minor spectacle compared to his knowledge of Fiji. We are surrounded by

those that supposedly hold expert knowledge; on everything and nothing, all at the same time.

Yet modern day soothsaying only draws attention away from the real issues facing us in the not too distant future. It’s time to forget

the swivel-eyed loons, the clowns, the closet racists and questionable cash deals. We only have ourselves to blame for letting them

get away with it for so long. There are more pressing issues at hand. For the real calamity heading our way isn’t rogue gangs of

aggressive homosexuals, all cottaging in the vestry. It’s those expert bloody bankers, up to their old tricks again.
We’ve been throwing money at the greedy buggers for a few years now with little to show for it. First came the massive bail-out
and fiscal austerity, followed by QE propping up the bonus scams. Expert opinion said quantitative easing would feed money
into the coffers, freeing up liquidity and getting the economy going via a sudden surge of credit into the banking infrastructure
(thereby overcoming the absence of those millions they gambled with). We were sold this idea by experts; that money would
trickle down through the economy from top to bottom, benefiting us all. In retrospect that notion seems as optimistic as
believing Farrage would adopt his own Tartan, the EDL convert to Islam, or parliament clean up its lobbying scams. The
money spent on QE has simply stayed in the system to fuel another financial bubble, with the inevitable crash still to come.
So here are five (non-expert) reasons why quantitative easing was doomed to failure, and why we ought to see it as nothing
more than a sham.
1.Neo-liberalism, best known for the inherent greed of its financial markets, is built on the concept that one makes a profit from the toil of another. It encourages avarice and a winner-take-all mentality. Neo-liberalism has no social responsibility; if it did it would be called socialism. And you don’t get socialist bankers, only tyrants.

Instead there comes a destructive force, enabling the few to hold sway over the many, a never-ending quest for profit and power.
2. Wealthy neo-liberal bankers have shown over and over again they can’t be trusted to put aside selfish fiscal gain. They have

no interest in what's right for the wider public, and why should they? Don’t we elect governments to do that for them? And yet,

those same governments allow the financial industry to regulate themselves, since they’re the supposed experts. It’s like giving a

baby a razor blade to play with - you end up in a bloody mess. Once expert greed reduced the economies of the world to junk

status, taking the same experts' advice on how to prop them up with our tax money? Well, apparently that was the obvious answer.
3. Bailing these individuals out with public money, no questions asked, might have been incomprehensible, but we did it all the same. Then we continued to bail them out, via QE, which only compounded the issue, giving them free reign to create another fiscal bubble with the cash.
4. Asking the top 10% (who own 90% of the wealth, and avoid as much tax as they can), to redistribute the fruits of public taxation
without stiff regulation will always lead to another explosion of greed. They just can’t help themselves, not when it comes to stealing
our money.
5. Judging by the lack of buoyancy in the world’s financial markets, quantitative easing has not re-balanced the world’s economies. The
redistribution of wealth continues on an upward pathway. If anything, QE has created a wider gap between the haves and have-nots, by
taking the have nots’ money to shore up the haves’ mistakes.
And while we’re on the subject, the current, austere approach only serves to justify further theft from the public purse, with the wealthy
getting tax breaks and corporations seeing their obligations reduced. The flow of money is all one way, and that’s up, toward the few. To sum up; the public have been sold the idea that reducing public expenditure to pay a debt not of their making is the way forward, and they’ve been sold it by experts with their fingers in the till. Against this backdrop, the markets continue their gold rush, with no lessons learned from the credit crunch, ready to inflate all over again. Does this seem fair or morally right, let alone sensible? Are we really that stupid?

I’m no expert, but maybe a crash course in economics for the ‘squeezed middle’ would be better than blaming EU

immigrants, the undeserving poor or disabled scroungers for the banking crash. In simplistic terms, our economy is not a

fixed entity; it’s more akin to an ant colony, where every worker’s action affects the health of the nest. If the Queen Ant

sits at the top of the heap, taking more than the ants at the bottom, there’s an imbalance and the colony collapses.

In the same way, reducing the flow of mobility into the nest could lead to stagnation. If your worker ants can’t toil for the

good of the colony, the overall situation will only go tits up. Cutting public spending has a similar effect; it takes money

from the economy, as does increasing the wealth redistribution gap by perpetuating low wages for those at the base. Our

economy needs money to function and to support the infrastructure. What’s more, the value of money is reduced by

printing more; it’s not real income. Distributing this through a system that has already been shown to be rife with

greed and fraud is more than stupid, it’s criminal.
Meanwhile, corporate wealth and the financial markets are booming as never before. Yet this increase in wealth is not based
on production or tangible assets. The real economy, that’s the one with wages earned through production of goods, is bleeding
money into the unreal casino economy of specialist financial instruments (such as stocks and shares). There’s no physical
substance here, just like last time, when the song was a memorable ditty called the sub-prime mortgage. Or the time before,
with the Internet bubble, or the time before that…
With continuing low to non-existent economic growth, nothing has really changed since the credit crunch, nothing except the
value of earnings against spending and costs. To put it simply; wages for most of us have frozen, while inflation has risen at
2.5% per year, effectively resulting in a 10% loss in average earnings, even as the rich continue to enjoy immunity. So remember, the next time your attention is distracted by another polemic against gay marriage, immigration, religious extremists, undeserving pensioners or the crippled poor, the real disaster looming on our horizon is another financial bubble.
That’s because of the growing spectre of inflation. As our economy stagnates, the value of currency decreases because the UK imports more than we produce. Most of our exports go to Europe, but they’re in a bigger mess than we are, meaning the value of everything is lower than the cost of what we need. The end result; the prices go up faster than we can pay, compounding slow growth. That’s why we need to borrow more, rather than invest in the means of production.

Austerity as a remedy is flawed; it’s based on a flawed economic theory, and flawed calculus. Even as the IMF have second

thoughts, Gorgeous George continues his dishonest rhetoric of “look how well I’ve done”; a stance based on cherry picked statistics

and flawed stats. But as the financial markets continue to exceed pre-crash revenues thanks to the various QE initiatives of the UK,

America, Japan and so on, nobody dares to state the obvious.

Even though governments bailed out a criminally inept banking system with our money, to date, no experts in the financial sector

have been brought to book, let alone made to attend court in orange jumpsuits. The people responsible for this crash are still in

their jobs for the most part, still playing roulette with our economic future and paying grotesque bonuses, spouting supposedly

expert opinion all the while. If that wasn’t enough, currency continues to be thrown their way in an attempt to boost the economies

of the world.
The global financial markets will now simply expand unheeded, hyper-inflating another greedy scam with fictitious money as inflation creeps up. Magic money won’t reach those below the corporate shareholders, not while it’s supporting another bubble. Global markets hyper-inflate then collapse, that’s what they do - it’s how capitalism balances greed. As for individual economies weathering the storm; forget it. There will be no bail-out this time. Without investment in a manufacturing base, there simply isn’t any cash in the system.
That next crash may well be truly catastrophic, with no one escaping the effects. As history shows, this is what starts wars. It’s time
the swivel-eyed loons, closet racists, angry middle-aged men and greedy politicians saw the real calamity on their doorsteps, as
should we all. There’s a storm on the horizon, and you don’t have to be an expert to see it coming.
Rant over.
Amen. 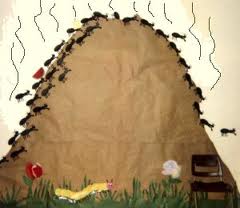 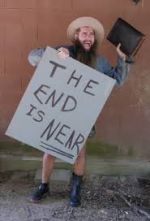 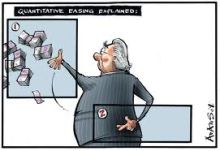 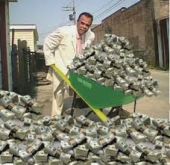