HOW I SPEND MY DAYS
with The Reverend Harry Figgis
Home Defence UK
A Symptom of a Greater Malaise
Willy Wonkas Soap Box Factory
19/08/13
ALL HOBBIES:

Bucket got a golden ticket and, in spite of greedy, self-interested

competition from other, more fortunate children, won through to take

corporate control of Wonka’s sweet-fuelled empire. The boy with no
qualifications made his way to the top of the heap, solely through hard work and with scant
reliance on luck. If only real life were as fair. But worry not, for there’s a real-life Wonka, showering gifts on those he feels deserve it. This massive philanthropist is ex-hairdresser Mark Constantine, of Lush cosmetics. The Constantine clan owns factories that make extravagant, colourful creations; far in excess of anything Dahl thought up, and they give out golden tickets of sorts, to those they feel deserve them. No, we’re not talking bars of soap, but something that’s less whiter than white.

Pa Constantine, Mrs Constantine and the three little Constantines run their family empire out of sleepy Poole in Dorset.

Rather than use an estimated £53 million wealth to help less fortunate Oompa Loompas, labouring away in sweet shops

and factories for the minimum wage, the Constantines prefer to support other deserving causes, while embellishing their

principles all the time. Lush’s claim on the ethical high ground isn’t based on Constantine senior’s scant regard for

employment law and employee rights, but their stance against animal testing. It seems fluffy bunnies are more important

than an exploited, Eastern European workforce (although, to be fair, Lush do provide English lessons - no doubt a welcome

gift to the people of Poole in their time of need).

Lush’s reputation is based on soap and conduct, with their cosmetics made from the freshest ingredients. They tend to

steer away from the words 'natural' or 'fair' and downplay their use of hydrocarbons. But Lush’s search engine optimization (tagging the word 'natural' to links) is a clever sleight of hand, giving the impression of something that simply isn’t there. Although it isn’t criminal, you would expect better of a company that moralizes so often from its soapbox.
But Lush products do contain hydrocarbon chemicals, and don’t take my word for it, they say so on their website:
“Parabens are some of the oldest cosmetic preservatives and have been used since the 1920s. They are used globally and are permitted by
every world health authority. We use less than half the maximum permitted level to ensure the product is as mild as possible. The parabens
are the safest and mildest we can find.”
The good science people at Lush have more to say about the other chemical ingredients in their sweet smelling wares:
“Acrylates are chemical compounds proven to be safer for cosmetics use, they have slightly different functions in their composition but are
predominantly used in gel based products.”
So far so good; Lush make smelly stuff and use mild chemicals. However, Parabens have a record of hormone disruption, skin absorption and reproductive toxicity while being cited as a potential cause of breast cancer. But what the hell; Lush use 'good parabens'. They’re not claiming the products are all-natural. Everything’s dandy.

You see, Lush have a reputation to uphold, once championed by old man Constantine himself on the ‘Lush Forums’, where he’s

known respectfully as ‘Big’. But being big doesn’t seem to make you clever.

Others have a different perspective on Lush’s reputation, away from the sweet-scented towers of Poole High Street, and for some this

reputation stinks. Lush like giving money to good causes, but we’re not talking building a hospice for crippled children, supporting

local food banks or paying a living wage. Recently, they donated twenty grand to ‘No Dash for Gas’; providing transport logistics to

ferry an army of professional protestors onto the doorstepa of the nimbys of Balcombe. We will return to fracking later but, for now,

let it be noted this was not the first time Lush had committed to a cause that left a quite unpleasant stench.
In October 2010 Lush’s website was hacked, losing the credit and debit card details of five thousand customers. Despite ninety-five customer complaints, the breach was not discovered until January 2011, some four months of solid hacking later. Then there’s the Advertising Standards Authority’s ruling on Lush’s conduct around fox hunting, where they “misled the public, making a series of grisly claims”. Not so clever again.
Or ‘Plane Stupid’, where Lush paid the legal fees of fifty-six protesters who broke into Stanstead airport, delaying passenger
flights. Just plain stupid with that one Mr Big. And let’s not forget the hypocrisy of their support for Palestinian rights, while
operating outlets in Arab states and Sri Lanka, places whose records on democracy and human rights are below those of Israel.
Really, not so clever. And we don’t need to mention the Canadian tar sands story, that’s just idiotic.
The management at Lush seem to think they own the moral high ground, promoting the products to consumers while failing to
take their own advice. Even if Lush get it wrong, market research states that: “Lush’s high profile activities help the shop increase
the value of its brand”. All publicity is good publicity, even for a capitalist company hiding behind the soapbox of happy-hippy
moral indignation. Twenty grand thrown at an environmental activist group is cheap advertising, and it doesn’t take much thought
or effort.
Now, in the tradition of all proper cosmetics and hair product companies, let’s get to the science stuff. More specifically, fracking....

Acrylates are made in commercial quantities using oil, gas, and even coal. Parabens are chemically produced in the same way. Fracking

in cosmetics. However, because fracking fluid is pumped under pressure into sealed rock strata, way beneath the water table, you’re more

of middle earth Hobbits.
This week the stakes have raised again. Francis Egan, the CEO of Cuadrilla, received an anonymous email demanding his company
cease their UK activity or they'd receive bombs of the pipe variety, delivered by express mail to their premises, a message
signed off with;  ‘fracking kills, and so do we’.
Not everyone in Balcombe is prepared to condone this violence, not unless gypsies or tinkers join the roadside camps. Our country
seems evenly split on the issue of fracking. As the Daily Mail runs endless Princess Di conspiracy ditties, and the Guardian busily
fends off the unwarranted attentions of GCHQ toward their reporter’s Brazilian boyfriend, public opinion rests at around 40% for and
40% against. So while the antics of jugglers gluing themselves to bicycles, hula-hooping to monotonous bongo-bongo beats and
generally running up policing costs in West Sussex may seem a minor spectacle to most, Lush are enjoying the cheap publicity;
hypocritical but tried and tested (not on animals). In fact, hypocrisy is the key to this whole argument. At present we import two
thirds of our gas and by 2030 we’ll buy in all of it, mainly from countries whose human rights records make the Israelis look like
Quakers.

What we need is an open debate on fracking, not opinion-based cod science. The experts at Lush tend to play down certain information when it

suits them (either that, or they’re more arrogantly stupid than we realize) but still, Lush’s fracking campaign has to be seen in the light of their

last attempts at promotion - the fantastic-fibbing-fox-fiasco - and be taken with a pinch of salt. No one needs opinionated know-it-all hippies

pitching in with disinformation because it suits the middle class “mother a stray puppy” mentality, not when there are more important issues at

So Big Mark, it’s time to stop being such a hypocrite. Why back the anti-fracking campaign when the hydrocarbon industry provides the

content of your wares? It seems like a cheap publicity stunt, and while it might be easy to take the moral high ground over oil and gas when

you have fifty-three million stashed, I doubt you even know what poverty is. No amount of tree hugging or protest shenanigans will improve the

employment situation of your staff, or society as a whole.

credits. Moralizing to the rest of us has a nasty waft about it, and no amount of fancy soap will wash away that particular smell.
Amen. 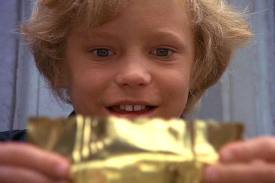 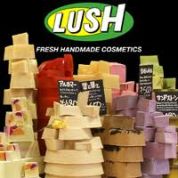 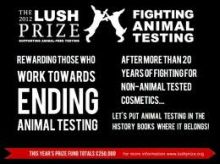