HOW I SPEND MY DAYS
with The Reverend Harry Figgis
Home Defence UK
A Symptom of a Greater Malaise
Desert Island Discs
21/03/13
ALL HOBBIES:
1

Good morrow fellow idlers. As our economy teeters on the brink of a triple dip recession, our export

market flat-lines and the only buoyant retail trade is in boarding up high street businesses, of late I’ve

been listening to Radio 4 for inspiration. Perhaps the answer to all this bad news involves looking back

at a better time, when a glorious Britain led the world. And I prefer Desert Island Discs to the daily

exports, a debate on ‘Michael Gove’s History Project’, eighties political music from Elvis Costello and an interview with Ricky Tomlinson, to list

five of those varied treasures Radio 4 has to offer. Gove and his chums believe the answer to a traditionalist view of Englishness is in learning by

rote, but somehow I think not. The solution obviously lies in the eclecticism of Radio 4’s output. The names, dates, Kings, Queens; how people

with power ruled over us and the colonies because they were good at it and nice to boot; this is all very interesting. But none of it will solve our

pressing economic woes. So why bother, when we have the BBC and its legendary World Service? Do we seriously believe Gove’s monocular

historical perspective; of knowing our place in the world, can make up for a shortfall in producing stuff as a route out of economic decline, a

harbinger of the way forward?

Last week Radio 4 saw the start of the ‘Comedy Week’ awards; comedy in advertising as an avenue

for export, a route (rather than rote) out of decline. Apparently Brits are good at being funny, but I

guess we have to be with the current shower of incompetent twats in power. Part of the opening spin

involved an expectation of new and emerging markets for UK comic advertising, with exports to

emerging countries like Burma. In light of our history with the country this beggars belief, but how

else to hit two birds with one stone?
As Gove’s worldview conveniently airbrushes out certain aspects of our colonial heritage, if the past is forgotten we can start
exporting funny shit there again. What’s not to like about this plan? Any ex-colony of fragmented regional dialects, peoples,
beliefs, fiefdoms and kingdoms, wracked by fifty years of military rule, will love having a laugh courtesy of the Brits. Just don’t
mention the East India Company, or the long history of exporting Burmese wealth home to Blighty. The Burmese are bound to
see the funny side of car insurance, Tesco equine ready meals and our caring banks, even if Gove's singular worldview and
scant historical inclusions could offend. A potted history of Burma’s recent past is a must for any budding advertising executive, before flogging them shit they clearly don’t need, so here goes.

As a country ruled by an administration whose sole purpose was to bleed the colony dry and perpetuate rule from abroad, Burma had a history

of dissent all the way up until the late 1930s. An administration headed by a puppet government, beholden to a colonial Governor, was always

on a collision course with the people, and it’s ironic that the colonial bastion of English-Burmese education, Rangoon University, should be the

was a clever idea that would secure Burmese freedom. Aung, along with a handful of chums, decided it

Japan. As the Second World War progressed, the overthrow of Aung’s colonial masters (who were

somewhat pre-occupied in Europe with Johnny Hitler) must have seemed like a good idea. Emperor

Hirohito kindly obliged, with an assault on Singapore catching the Brits out. The fall of Burma unwittingly

became part of Aung’s plan, allowing him and his mates to fight for power with the Japanese Emperor’s
help; booting out the Brits through a clever scheme to antagonise the Americans by bombing Kate Beckingsdale and Matt Damon
in Hawaii (you begin to see how Gove’s worldview and skewed interpretation of the past can take hold)
Aung’s vision for Burmese home rule, something the Brits seemed to consider an act of treason, failed to take into account the Japanese ideal of replacing their colonial masters with themselves. So he jumped ship halfway through the bust up, when Hirohito’s plans started falling apart and Chuck Connors bombed Tokyo. The second World War ended with Aung back on the side of the very weakened colonials; split between re-installing previous puppet Prime Minister U-Saw and the fight for home rule. Aung’s collusion with the Japanese meant the return of a politically Conservative Governor and the prospect of business as usual. This was never going to hold before either another home rule fracas broke out, or he ended up in pokey for summer camp with his Japanese penpals. Unfortunately the British government under Labour decided to give up Burma and invite a coalition government of Burmese nationals (including Aung) to move toward full independence. This was despite opposition at home from right-minded Conservatives, who didn’t care for Aung and his Japanese sympathies and, more to the point, didn’t want to part with a useful source of free revenue and the opportunity to lord it over the natives. What came next was predictable.
Although the Brits deny any influence in the plan, U-Saw, that ex-Prime Minister and man most likely to benefit from a return
to Colonial rule, assassinated Aung on the pretext he was about to attempt a coup against the Burmese coalition. U-Saw
carried out the attack with arms and ammunition procured from British officers serving in Burma who had links with the old
colonial regime. With the source of these weapons of destruction in the public domain, the Brits had to be seen to resolve the
situation quickly. This they did, with the prompt cessation of in-depth investigations and an endorsement of U-Saws speedy
execution for the crime. Result!
Britain then backed out, leaving Burma to fall into disarray, something we would become quite good at, what with India and
Kenya later on. Burma proceeded to suffer at the hands of a military Junta for the next half century, until the return of
democracy in the shape of Aung’s daughter; Aung San Suu Kyi, she of desert island disc fame and the opening up of Burma
to - yes you’ve guessed it - us again. Now you see why Dave was so big on the hugs and kisses when they met last year,
and why Gove is keen on making up the past to benefit his party politics.

It could be argued that, as a nation, we Brits should be ashamed of exploits such as this, but that would be the wrong focus.

We don’t know any different, not when the history taught in our schools deliberately leaves out the bad bits of our colonial past,

something Gove seems hell-bent on returning to the curriculum.

So how do you win over a nation you’ve subjugated, stolen their resources, and ruined their economy? When you can’t make it

work at home, why would you expect it to work abroad? No wonder Gove and his Tory chums want to keep the past simple; the

truth simply isn’t funny. Perhaps a slot on Radio 4 covering fave records while stuck on an island, or

Office’ is all we have left to offer the world.
In the meantime, Kirsty, the records I choose for my desert island disks are ‘Shipbuilding’ by Elvis Costello and the complete court case
works of the Sheffield Four by Ricky Tomlinson.
Come back Roy Plumley, all is forgiven.
Amen. 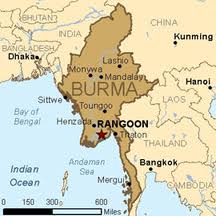 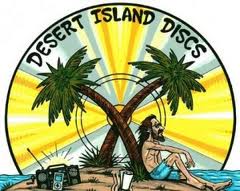 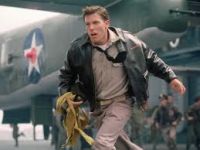