HOW I SPEND MY DAYS
with The Reverend Harry Figgis
Home Defence UK
A Symptom of a Greater Malaise
ALL HOBBIES:

Good Morrow dear friends. It has been some while since your humble

Pastor put quill to parchment, but I have been busy doing God’s work,

bringing succor to the poor…

…And my Christ there’s a lot more of those about these days.
Within our collective living memory, poverty was something that went on abroad in third world countries, places like Biafra or the Sudan. Impoverishment was somehow far removed, to be watched on television, never to find a home on one’s own doorstep. But the

number of people begging, out of work or homeless is truly on the increase, and in the coming

depravities Johnny Foreigner can rustle up. It is claimed that most of us are just one step

beyond unemployment and only three months salary away from homelessness. A stark

reminder, particularly considering the poorest in society will take the brunt of mistakes from the

highest earners. Everyone believed that election promise; “We are all in it together”. It was the

motto of a transparent government, a promise that all would have a voice. But, in God’s Great

Kingdom on Earth, our own little England, a mobile phone company can avoid 65 million

quantitatively-eased pounds in tax, while your grey-haired Granny is fleeced by the utility

companies for basic heating and water. Where is the justice in that? How can any of us truly be

happy, when we are surrounded by such unfairness and greed?
As the decade comes to a close we hear the sound of carols, truly appalling X-Factor number
ones, and the demise of our welfare institutions. We rejoice in the news of the coming nuptials
of our nation’s eldest son, Prince Bill of the Von Trapps, while life as the peasants know it
comes to a hushed end through taxation and cutbacks. What seems to makes us happy on
this green and pleasant Isle is no longer dressed up as English ‘fair play’, looking out for one’s
neighbor, or doing what is right. Gone are the days of Kipling’s ‘If’, while self-reliance has
become selfishness. As a nation we like nothing more than to complain about everything
others have when we have not. Once we blamed ‘old one eye’ for our woes and, although
a handy scapegoat, Brown simply wasn’t powerful enough to take responsibility for the world’s
debt. Now we have replaced him with the politics of avarice and envy, a nation where the divide
gets bigger every day, and where the underclass is portrayed as workshy and feckless. This
is not a happy place to be.
What gives one man moral authority over another? Can it simply be attendance at a posh public school and learning tax avoidance tricks from his parents? Or is it that some have the opportunity to voice their opinions for all to hear, even when most could not care

less. The poor have no such voice, apart from Facebook, and that is wasted telling the world what one

had for breakfast or how pissed one was last night. But maybe things are about to change.

Not so long ago, without consultation, we bailed out the banks. We will now bail out the Irish

economy, print money and pump it into our frail economy, whilst blaming the poor for all ills and

deriding them as spongers or work-shy (they tend not to answer back, too busy worrying where the

next meal might come from).
A cynical man would observe; “we were only all in it together to get power”. A penitent man might observe a return to ‘Victorian Values’, an increase in prostitution and child poverty, poor housing conditions and the re-introduction of the workhouse, making the jobless complete community work to earn their keep.
But help is at hand, salvation if you will. It comes in the form of Father
Joseph of Stiglitz and Father Amartya of Sen (right).The Big C (that’s
Cameron to you and I, although I can think of a more apt moniker) has
a liking for the visions of these two holy men, and the beatification of this
pair of latter day saints is almost complete. Stiglitz and Sen espouse
the teaching that our nation’s happiness should be measured alongside
its gross domestic product. In layman’s terms; if you have a shit job, a
shit life, and are unhappy with your lot then that affects productivity,
ergo profit. The Big C is not alone in his devotions. It is apparent
Napoleon Sarkozy across the channel is one step ahead, albeit a tiny man step. France intends to poll its people and gauge their levels of happiness, thereby upping productivity.

Back in cold wet England, Sister Matheson of the Order of Immaculate Statisticians has been

charged with the task of setting the nation’s happiness questions, all intended to measure our

levels of joyfulness against the backdrop of cuts in Health, Education, and available jobs. What

are we to expect? Perhaps a cross between Family Fortunes and Ask the Family, played out in

a convincing replication of a Dickensian poor house. Granted, this whole debacle depends on

the questions asked (I hardly think “spit or swallow?” will grace these heavenly scripts), but a

social concept. A sort of political X-Factor without the Smarmy Saint Simon of the High Waisted

Pants. It could also give a voice to every self-centred pillock who ever walked God’s good earth.

Have you seen ‘The Only Way Is Essex’?
The recent televisual coverage and media hype around the Von Trapps’ coming shindig is a case in point. The days of that plucky British ‘Blitz spirit’ are long past. We live in different times, an era when only tourists and gor-blimey cretins give two holy shits what the Royals do. The Von Trapps of Buckingham Palace have no bombed out London to inspire, just a
backdrop of high rents, hopelessness and bonuses paid to a minority for doing bugger all. There was a
time when a public display from these rich in-breds was of genuine public interest, something we could
collectively tug our forelocks to. How times have changed. In an atmosphere of want, it may be ill-advised
to give in to ostentation and display what others cannot have. Although it seems unlikely Big Willy and
The Commoner will hire a church hall and do their own catering instead. The Big C’s devotion to a public
voice might be his own fatal petard when it comes to dishing out medals, titles, a seat at the top table
and extravagant nuptials at taxpayer expense.
Ask anyone in England if they are happy with their lot and you’ll get a similar response, a comprehensive rebuttal that will likely include the cost of food, scepticism around the need for more Gatsco cameras and the query; “why is it raining?” How will this mindset affect Dave’s visionary, happiness-related plan? Well, our PM wants transparency. He wants everyone to see how the public purse is spent. Making the jobless do community service is just the start in this climate of penny-pinching, supposedly aimed at reducing debt whilst obtaining value for money. Apart from publishing government accounts to name and shame those responsible, he is inviting us all to join his happy band against waste, telling the moaners what we need to make us feel better.

or desires. Although possibly heralding the introduction of jeweled sceptres for the MET’s Riot

Squads, I doubt handing this ‘opportunity’ over to the public will be the answer to all our social ills.

When faced with a choice of two turds, none of us wants our face rubbed in either. I’ve seen The X-

Factor, I know what I’m talking about.
If the answers aren’t what the PM expects then what next, a phone in? You can’t treat politics like a public vote on talentless show Dave, and this kind of populism lacks any credibility. You can’t discriminate against those
less fortunate without clamping down on those who are, be they bankers, politicians or
Royalty. After Kipling, these days it’s every man, woman and child for themselves. You
can thank the politics of envy for that one. Those same politics you’ll be confronted with
when posing the question of whether your citizens are happy or not. Government by the
people was supposed to be in place already, we call it democracy. That’s what we
thought we were voting for. Mass public feedback on government policy via questionnaires
is akin to Albert Pierrepoint asking if the knots are too tight.
Who are we to wrangle with Kings, who are we indeed?
Amen. 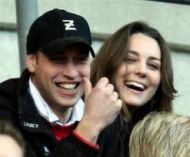 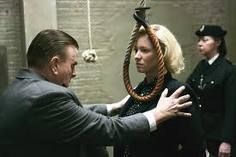 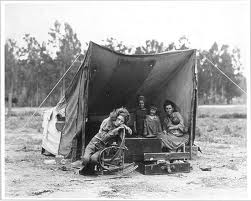