NATIONAL NEWS
with Al Likilla
Home Defence UK
A Symptom of a Greater Malaise
Serial Killer Offers ‘Sympathy’ to the Families of His Victims
25/05/14
ALL NATIONAL NEWS:

To the Old Bailey in London, where today unprecedented scenes accompanied the conclusion of the three-month

The first controversy came as the accused’s defence lawyer began his summing up, advising the court that the

man before them in the dock “wasn’t a bad guy really, apart from the four known deaths”. Prior to the jury retiring to

consider their verdict, the defendant was asked if he wished to say any words. At this point Splatterdasher (33) retrieved a prepared statement from

the breast pocket of his expensive suit, as if he were about to give a speech at a wedding or something, and recited the following:

“Further to the alteration of my plea after realising the forensic evidence presented before the court was incontrovertible,” Dennis (pictured

left in court) began, turning to the gallery. “I see all the families of my victims here today, looking bereaved and miserable, and I simply

cannot imagine what they’ve been through - mainly because I’m a psychopathic narcissist with no capacity for empathy.”

The brutal killer of young women went on: “But let us not forget, the suffering endured by your loved ones in their final moments on earth

was so terrible, it's all-but unimaginable to anyone except me. So I speak to you today with authority; I put them through this, and I know

exactly how my terrified victims begged for their lives.”

“No one understands the horror that was created better than me, so any apologies I can give will always sound insufficiently contrite.”

Splatterdasher continued. “And that is why I extend my full and free sympathy to all those who have lost a daughter, sister or girlfriend during my eighteen-month murder spree. In the absence of any technology available to resurrect the dead, this is very much the most I can do.”
“I just hope you all recognise this heartfelt expression of sensitivity for what it is; an attempt to make amends, and definitely not a flagrant
attempt to get His Honour over there to be lenient with me during the sentencing.”
The defendant’s legal representatives then requested Mr Splatterdasher be allowed into the public gallery to express his condolences directly in
the form of hugs, a request that was denied by police.
While many have expressed shock that an individual who, thus far, has shown little or no compassion for the lives he snuffed out, could
suddenly give off so much feeling for the bereaved, media analyst Doris Cahoots sees it as the latest manifestation of a growing trend.
Cahoots has been watching the trial closely, and she told Home Defence that Splatterdasher’s statement was ‘of a piece’ with recent
‘apologies’, across a broad swathe of society:
“Insincere expressions of commiseration have proliferated through all levels of society in recent times.” Doris told us severely. “From Tony Blair
offering sympathy to the relatives of soldiers he sent to their deaths in Iraq, to supermodels caught on cocaine benders getting all penitent after being removed from ad campaigns, to the young footballer who replaces his aging captain and tells the newspapers: ‘I feel sorry for him, but the simple fact is he’s decrepit and I’m a lot better’, these days we see pretend sympathy everywhere.”
“And it’s not just in the UK.” Cahoots confided. “We’ve witnessed politicians around the world point out the gaffes of rivals, or say how sad they feel about elected officials being forced to step down. Indeed, Foreign Offices are still giving ‘sympathy’ to the families of people kidnapped in dangerous lands rather than actually helping them,

and, only last week, ‘Pro-Life’ activists in the US described themselves as ‘entirely sympathetic’ to the loved ones of an

anti-abortion doctor who was gunned down after they called for direct action against ‘foetus murderers’.”

to the House of Commons about ‘expressing my sympathy for anyone who suffers the delusion that I’ve done anything wrong’. It was

almost as if Maria was daring the public to turn against her, which they duly did.”
As the newspapers have reported in some detail, the modus operandi of the Night Creep involved targeting women who lived alone and casing
their apartments until an opportunity presented itself to force his way in, whereupon Splatterdasher would commit his heinous deeds. But
this weekend the cowardly murderer is expected to be the cover star of the Sunday Express magazine, granting an exclusive interview to a
reporter who usually only covers Prince George, before going on to give fashion and lifestyle tips to the newspaper's readership.

In the feature, to which HDUK was granted exclusive access, the killer expounds at length on the amount of

else he can do to illustrate remorse in a civilized society, pointing out that the crimes were localised and

“not exactly genocide”. While Splatterdasher admits that he’s done terrible things, many of which will haunt

the police who arrived at the scene for the rest of their days, the murderer maintains destroying another

life by locking him up forever with no chance of release would be “a terrible tragedy” which “won’t cure my harm”.

Mr Splatterdasher ends the interview by comparing himself to Anders Brievik who “killed many, many more, only got 21 years, and didn’t even offer any sympathy for those hurt by his actions”. There then follows a double-page spread in which Dennis models some of the
season’s nicest pastel knitwear.
Despite these interventions in the more enlightened parts of the media, apparently overseen in secret by Max “How am I supposed to

satisfy a woman with this thing?!?” Clifford, a man who was hired by Splatterdasher from his prison

of remorse within the UK legal process these days), such reports, all aimed at precipitating a change of

heart, have failed to convince the judge or jury.

Indeed, after a minimum of deliberation, the guilty verdict was returned on each count and Splatterdasher was sentenced to a ‘whole life

tariff’ by Mr Justice Clickbait (left), meaning he will never be freed. The Night Creep was then led away, yelling apologies and rubbing his

eyes until the tears came. Meanwhile the families of his victims were celebrating a form of justice whereby the British taxpayer will pay

somewhere in the region of £2.5 million pounds to imprison this killer for many decades to come. 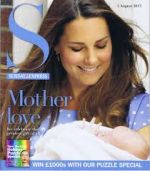 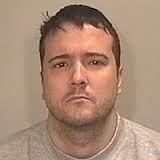