An offshore tax haven somewhere in the Cayman Islands, where earlier today key members of the ruling British

Murdoch. Here potential methods of corporate / governmental interfacing were discussed with the 79-year old head of News International and his inner cadre of intimates, advisors and giant lizard men.

representatives of the British press, wearing sunglasses and Bermuda shorts while

sucking on a non-alcoholic mojito.

“Following a brilliant get-together,” Call-Me-Diddy began. “ I can confirm that the

British government has agreed a deal which will mollify our friend Mr. Murdoch. He

has been having quite a tough time of it lately, what with the phone-hacking scandal

and his anti-competitive takeover of BskyB attracting the wrong sort of attention.”

Mr. Cameron then adjusted the umbrella in his drink before continuing. “During our full

and frank discussion, myself and Georgie O identified a number of factors which were

getting in the way of our country’s ability to help Mr. Murdoch do business effectively,

from high levels of corporate tax to a continuation of the ‘welfare state’. But what took

up most time of our time was a fascinating disquisition on ‘conscience’, political or

otherwise. Rupert believes such notions are out of date in the 21st century ‘big

society’, and today I discovered I agree with him.”
“That is why, on my return to parliament, the coalition’s first act will be to sell my partner-in-government’s soul off at a reasonable price.” Diddy continued, to murmurs of agreement from those assembled. “After all, Nick’s thought processes have been getting in the way for six months now. All those ‘deeply-held beliefs’ the last leader of the Liberal Democrats insists on clinging too – pshaw!”
Mr. Cameron then ambled off in the direction of the sea and, a few minutes later, was seen to be riding a Jetski across the horizon and whooping.
While it appears to have taken Murdoch’s intervention to bring about the selling of the soul of Cameron’s coalition partner, this news isn’t entirely unexpected. In recent weeks a number of Tory columnists have urged the PM to take action against Clegg, arguing
that the Liberal Democrat’s bouts of remorse at the national devastation he has helped wreak cannot be useful from a Conservative point of view. The intermittent bouts of regret Nick experiences at the trebling in tuition fees, removal of SureStart, and the kind of unnecessary cuts that will force a generation of the lower classes into poverty, are said to be simply getting in the way of the government line.
Nick Clegg (43 - pictured right with the official documentation)
is married to Miriam Gonazalez Durantez, speaks five
languages, does not believe in God and, by his own admission,
has slept with “no more than 30 women”. He came into the UK’s
power-sharing agreement after the last General Election with a
number of his ideals stubbornly intact, and was subsequently
voted the Spectator magazine’s ‘Politician of the Year’ 2010. This
was his reward for reducing Lib Dem support to a third of its
previous level.  From a high of 24%, Clegg’s party now holds the
support of just 8% of the electorate, and this is expected to be
closing in on zero by 2015.
Unfortunately this ascent into history does not appear to be enough for a man who, rather than abandon each of the principles he previously held dear, is often found recalling his pre-electoral claims, statements that now play regularly on television. These include quotes that the LibDems are “the true progressives of British politics” and “totally different from the Tories”. Memories of this stance inspires howling, tears and an internal battle over Mr. Clegg’s soul; a fire within that has been fanned by personal guilt at his millionaire status, homes in the Peak District and Putney, and opulent lifestyle. Meanwhile millions of unemployed men and

women, many of whom could do a better job than Clegg, fail to make ends meet.

“Nick only has himself to blame,” Westminster expert T-Bone Bunga-Bunga (left) told Home

Defence. “Ever since the novelty of his ascent to power wore off, and Clegg was forced to think

about the implications of his actions, the Conservatives have condemned him as ‘difficult to work

with’. It’s no surprise the coalition should follow up announcements of ill-conceived deficit cuts

and selling off the children of the poor, by moving to target his soul.”
“And Murdoch, whose papers did so much to get Cameron into power in the first place by feeding a constant stream of BS to their readership, is the perfect bidder.” Mr. Bunga-Bunga went on. “I know that Rupert has been trying to ‘vertically integrate’ the spirits of the rich and powerful into his NewsCorp operation for decades. However, he always came up against insufficiently developed technology, or EU anti-Souljacking legislation.”
“Now there’s one less obstacle in the way of Murdoch’s bid for world domination. That should cheer him right up.”
The septuagenarian billionaire owner of the world’s third largest media conglomerate, one that
incorporates Fox News, 20th Century Fox and News International among others, was unavailable for
comment, but is said by youthful wife Wendi to be “mightily chuffed” at the prospect of having a
new toy. Meanwhile, back in England, some speculate on the effect this news will have on Clegg’s
colleagues and family, and a possible outcry in response. Yet the acting leader of the LibDems,
Simon Hughes, merely chuckled in answer to this question, stating: “we’re as glad to be shot of Nick’s
personality as the Tories are” and this is "one policy that wasn't in our manifesto I’m happy to
embrace.”
Back at the Clegg household, Miriam was similarly sanguine, telling reporters: “If I care so much what
my husband thinks why do I raise the children Roman Catholic and call them Alberto, Antonio and
Miguel, eh? Maybe this sell off means we no longer have the grumpy man moping around the house,
hating himself all the time. I’ve already told the kids Nicky’s soul has gone to a better place. Now sod off.”

physical form is expected to carry on going through the motions, covering for David

Cameron at PM’s Questions and continuing in his excuse for a political career. He

will, however, no longer mention regrets about the Iraq war and avoid any other stabs

at moralising, evading guilt that once seeped through the cracks for all to see.

Murdoch’s ‘Palace of Souls’ (left), a purpose-built complex located in a hidden,

thousand year-old castle which is said to contain the essence of all his enemies.

calls were automatically redirected to David Cameron’s office. We were therefore 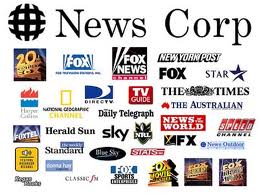