Belmarsh Prison in south east London, where former News of the World editor and Britain’s most renowned white collar convict, Andy Coulson, has been

incarcerated as he waits for retrial, enjoys the communal showers and anticipates future court appearances in Glasgow on perjury charges. Now Home Defence

can exclusively reveal this notorious criminal mastermind is also spending his time engaged in an illicit in-cell past-time after ‘lights out’ each day, one that

suggests the forty-six year old jailbird isn’t as much of a changed man as his supporters ‘on the outside’ would have us believe.

“We’re still not sure how Coulson got hold of the technology that's allowed him to continue in the vein for which Andy, or prisoner no. 11298 as we know him here, is infamous.” Belmarsh Prison

psychologist Beatpoet Dawpluss told HDUK when we visited the maximum security institution near Thamesmead. “The telephonic misuse came to light when guards conducted a search of that cell Coulson once shared with his arch-nemesis and fellow ex-NOTW-er, Neville Thurlbeck. Inside they found a variety of mobile phones and what we’re calling a ‘homemade surveillance set’ under
the bottom bunk, paraphenalia Coulson appears to have soldered together secretly in the prison workshop."
“Andy must have paid his new cellmate to turn a blind eye – he’s known for accepting a bung is Big Les [Lester Biggons (right), currently serving three years for stealing a box of Dime Bars when

his benefits were cut off].” Dawpluss concludes. “After all the years away from hacking and his subsequent fall from grace in the public eye, the boy’s still got it!”

Indeed, Coulson (left) was convicted of bullying his staff at that Murdoch-owned newspaper he ran for a shameful period, while also engaged in the long-term

boning of Rebekah Brooks, even as he forced the more ‘morally flexible’ of his employees to illegally tap the phones of everyone from the Royal Family to

Premier League stars, from murdered schoolgirls to British soldiers to victims of the 7/7 bombings, from Grant Bovey to Ainsley Harriott to fucking Lulu for

God’s sake, in a horrific spree that went undetected for years. Inaction at the time on the part of the police was down to various pay-offs for those in charge,

with pressure on the Met to drop it also coming from the top, even as London Mayor Boris Johnson denigrated all allegations of wrongdoing as “codswallop”.

This conscience-free evil-doer was subsequently convicted at Southwark Crown Court last month by a jury that chose to let off his co-accused, flame-haired editrix Rebekah Brooks, a woman who somehow gained their sympathy by convincing the dozen onlookers Coulson hypnotised her into becoming his ‘philanderous sex toy’ for more than a decade. Brooks’ emotive performance on the stand was variously described as “gobsmacking” and “disgraceful grandstanding” by more seasoned onlookers.

Overall this so-called ‘trial of the century’ cost the British taxpayer a hundred million pounds and, to put this into context, that’s several times the national

expenditure on so-called ‘benefit tourists’ in the history of the UK. To be clear, Rupert Murdoch failed to cover any of this expense, despite the crimes

being tacitly condoned by the shrivelled multi-billionaire and taking place under his watch. Not a fucking penny.

Aside from running the country’s favourite gossip-peddling tabloid and indulging in affairs with the most powerful women in the media, Coulson was invited

to work at 10 Downing Street by his good friend, ‘Diddy’ David Cameron, back when the Conservative Party came to power. Once there he was charged

with directing communications for the Tories (“but only the legal ones!” as the Prime Minister can be heard to chortle on undercover recordings made at the

time). Coulson’s nefarious deeds continued, until it became clear the party could no longer cover up deliberately putting one of the 21st century’s criminal

masterminds on the payroll. The P.M. finally put a stop to Coulson striding majestically through the corridors of power; corrupting front-bench warmongers

and visiting members of parliament, as his legal problems grew, but the damage had already been done.
“That bloke can’t let go – Andy reckons he should still have all the power he had back in his News of the World heyday.” A resident of Coulson’s cell block told Home Defence under condition of anonymity, although we can

exclusively reveal he was sent down for a variety of violent acts, from affray to stabbing someone in the toe. But even this hardened criminal proves disgusted by Coulson’s crimes,

to the extent that he has made plans to push the hapless convict down a flight of stairs. “Coulson can’t access the phones of the great and the good no more, not like before when

he hacked Tony Pulis, so now he’s just listening to whoever’s nearby.”

“It’s dead annoying, queuing to use the communal phone then hearing that tell-tale ‘click’ after you call your girlfriend to shout at her about the

kids.” The anonymous prisoner went on. “Coulson kept going on about it at dinner – how he’d ‘fixed’ his wife’s mobile during her weekly visit

and now ‘monitors her calls’ to make sure the poor bird ain’t seeing no one else. Or boasting he accesses the Governor’s voicemail and

there’s ‘a load of dirt’ there for the highest bidder. Sneaky bastard.”
“I had to shut him up in the end,” The prisoner went on. “No one cares what Coulson says any more, and with good reason. That kind of behaviour is why so many of us want to give the
lad a kicking. He’s never gonna change - Andy can’t help himself. He’ll be hacking the phones of innocent people ‘til the day he dies.”

When we asked the prison psychologist about plans for additional discipline around this breach of prison rules, Dr Dawpluss gave

“Personally, I believe Mr Coulson has suffered enough, or he will have once the perjury conviction comes through.” The psychiatrist told HDUK. “I mean, look how far the

mighty have fallen. Until very recently Andy would spend much of his time sat in the dark, listening to insults being hissed from the non-bunk single bed Neville ‘bagsied’,

while playing with a selection of ‘burners’. Using these disposable handsets, Coulson tried to access the messages of Vanessa Feltz and Philip Schofield but he failed,

every time. Then he tried once more, over and over again. Beyond pathetic, it really was.”

“I haven’t the heart to take the last thing Coulson really loves away from him.” Beatpoet went on. “Let Andy have some fun if it helps him through the day. Even if

something of interest turns up, which is unlikely, nobody in Fleet Street is going to return his calls. Not these days.” 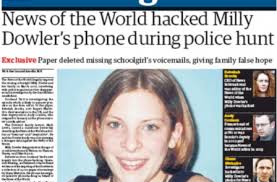