Home Defence UK
A Symptom of a Greater Malaise
LIFESTYLE
with Archibald Scamp
ALL LIFESTYLE:
The Art Of Writing For Home Defence
(or How I Stopped Worrying And Embraced The Sense Of Being Lost And Hopeless In Contemporary Society)
04/07/11

its citizens into poorly thought-out policies that (inevitably) get lambasted, changed, shelved and, in the end,

replaced with something equally daft.
However, during the writing process (i.e. when I forgot about the deadline then panicked after getting the reminder) my initial idea was somewhat lost. Instead I ended up writing how mildly surprised I was that my posh coffee of choice ended up being a latte. And how, if you’d told me twenty years ago I wouldn’t be averse to a mocha (with whipped cream) I’d have asked what the hell a mocha was, and then said  you were being stupid (coffee and hot chocolate? Don’t be so damn ridiculous! Those are two separate beverage entities that will never, ever be combined! Jog on, loser!) I then concluded with what was, essentially, an ode to the
joys of lemon and poppy seed muffins. On the way from rhetoric to muffins, the topics of growing tomatoes, the price of petrol, a robust
defence of the gaming properties of the ZX Spectrum, and the damaging impact of reality television on the appreciation of talent also came up.

I’m fairly used to drifting off-task, but even by my standards this was an impressive change of tack. That specific

article I mention now languishes deep within my laptop, never to see the light of day (until next update, when I get the

mustard. It was missing something, and what it missed was anything remotely approaching a rant.

And that was something of a surprise. Why was I unable to rant at this government?
NHS reforms. Disaster. Everyone said no. Government backed down.
Public service pensions. Really went about that the wrong way didn’t they? Somehow managing to base an entire argument on a report that clearly hadn’t been read properly and subsequently was kind of misunderstood. Hence the strikes, and threats of more strikes to follow.
Climate change. Turns out having ‘the greenest government ever’ is actually really expensive and difficult. Best abandon that idea.
Sorting out the banks. That went well. Billions paid in bonuses to the architects of the world’s financial collapse. Job done.
Crime. Proved themselves incapable of finding a way to camouflage the antics of crooked MPs and their dubious expenses claims. Which is embarrassing, considering every previous government managed to hide their own liars and cheats.
Changes to the voting system. Yes, the AV campaign was a brilliant use of time, energy and the planet’s dwindling resources wasn't it? As if we didn’t have other things to worry about.

Getting rid of quangos. Good idea, but the only quango this government seems to have managed to successfully get rid

of is the UK Film Council. An organization that was actually making money by investing sensibly in good quality motion

pictures. Awesome work, Coalition!
In fact, since coming to power, it appears that the only thing the Coalition has managed to do correctly is raise VAT. And that really couldn’t have been too difficult. The Chancellor tells the people in charge of VAT to raise VAT, then they raise VAT. Mission accomplished!
It seems there are only so many times you can watch a group of people screw up before you start to feel a bit of pity. And this
could lead to sympathy. Which, in turn, could lead to support.

role of plucky underdog; struggling to understand what it means to govern, comprehend basic political

arguments, make decisions and actually stick to them?

Will we be cheering these idiots on as the months go by and they battle against their obvious intellectual limitations, each of us

desperately hoping Cameron, Clegg and company might one day manage to get something right? Should this coalition be congratulated

for struggling on this far, even though the task of governing is clearly beyond them, making so many mistakes they’re basically the

I really hope not. 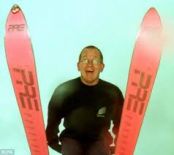