When blood began oozing from the side of my toe and I was told I had an in-growing toenail, I wasn’t

too concerned: in sitcoms they’re both trivial and hilarious. I arrived at the hospital in a jaunty mood,

hoping to be out and about within the hour. How wrong could I be?  First, a nurse put a big needle in

my toe to freeze it. “You may feel the needle scrape down the bone” she said, happily.

While one of the doctors pushed me backwards onto the table, the other lifted a blanket on the

trolley: a group of young students there to observe the process gasped in unison. The doctor by the trolley picked up some enormous tweezers. Another gasp went round the room. I felt the pliers get a grip on my toenail. The watching students looked alarmed. The doctor holding me down smelled of onions and had a pitying look on his face. One student put a hand over her mouth as if she was about to be sick.
I felt the pliers pulling harder: the anaesthetic wasn’t working, the toenail wouldn't come off. Bracing his feet on some cabinets the doctor pulled even harder; it wouldn't budge so the doctor picked up a small hacksaw and set to work. Most of the students looked away. I could feel the nail being torn away and, as blood gushed everywhere one, of them rushed from the room to vomit profusely.
When it was all over, I expected an ambulance home but didn’t even get a crutch. I had four pounds, enough for a cab or a four-pack. I hobbled out of the hospital with an enormous bandage on my foot. It was only a mile to my house, so I limped into the off license and then hopped home. By the time I got there all the Stella was fizzy.
Bitchy Head
Just after leaving university I panicked about my student loans and took a job on some financial newsletter. It was hard enough anyway, off my face all weekend then going each Monday morning to a FT subsidiary to be confronted with small talk: “What did you do this weekend? Are you buying yet? Where did you get your sandwich?”
I would chat on the phone with celebrities from what I call the Dougie Donnelly sports; arrows and
snooker and bowls; Rex Williams, Clive Everton and their ilk, utterly insane, the lot of them. One
day I tried to speak to some assistant snooker correspondent on the nationals about yet another
non-story and the boss, a bully with a beard, took me to one side:
“Mark, I hear you've been bothering XXX at the XXX again. Perhaps you could be a bit more polite
to writers who are your equal, or dare I say it, your superior - hmm?”
Needless to say, I left soon after. I still owe the student loans but hey, it’s only money right?

I’ve always done my best to avoid commuting, to the extent that I refuse to take a job

unless I can walk to work from home. This has meant I’ve missed out on a lot of

good jobs – helping Swedish models test lipstick, lager taster – but, on the plus

side, it’s rare I’ve been crammed into a sweaty Northern Line as some

rugger-playing City type presses his gonads against my upper thigh.

The worst commute I did was in Australia, when I worked on a road gang in the Bush

(alright, the suburbs). It was a fifty mile drive each morning and I had to be there for

foot down, all in the knowledge that at the other end I’d be working with hirsute

hillbillies beneath a blistering sun for scant reward before driving home again...
Dates From Hell
Hard to know where to start. Suffice to say I’ve now been happily married for many years, but
there are lots of unpleasant memories I’ve tried to blot out with the help of my best friend
Stella. (In contrast, naturally, everyone I’ve ever dated has nothing but the fondest memories
of our time together and probably can’t wait for my funeral so they can tell everyone.)
There was the radio announcer who finished with me when she heard a malicious yet true
rumour that I didn’t work in an office; the girl from that charity who I was so nervous about
dating that I made a list of subjects to talk about, then got drunk and told her; and, of course,
all the nutters - lots and lots of nutters.
Probably worst of all was the attractive young lady I dated many moons ago. First, she said
she didn’t drink. This was no problem I thought; time to slow down. Then, she had two kids: again, fine. Then she said she was religious, and dragged me along to a long, incomprehensible church service. My enthusiasm was wearing off by this point, so when she admitted she was only dating me to make her flatmate jealous, it was almost a relief...
Books
In my 80’s squatter days I rather liked Ian McEwan’s short stories. Having read ‘Atonement’ (long, rambling, pretentious, dull, with absolutely no redeeming features) I swore I’d never read him again. On reading about ‘On Chesil Beach’ I briefly contemplated performing auto-lobotomy using an electric drill purely to expunge his name from my synapses.
Films
I once saw a film in which a pleasant young couple in 70s America came into all this money and weren’t sure what to do with it. In the end they heard a church bell and decided to give it all to the vicar. But even that pales into insignificance next to ‘Runaway Bride’.
Music
Anyone who says The Smiths, Joy Division and Radiohead are depressing utterly doesn’t get it. Hearing those bands is like finding your soul’s echo: someone else has been there, done that, felt the damn pain. If you really want to be depressed, listen to MC Hammer.
Poetry
As with music, people who claim Larkin, Plath or Bukowski are depressing don’t know the meaning of the word. Depressing poetry is bad poetry, and for bad poetry look no further than Andrew Motion, particularly anything that celebrates the monarchy. Go on: I defy you to read his rap poem commemorating Prince William’s 21st birthday without weeping bitter tears at the extent of man’s inhumanity to man.

Like most people I’ve lived in my fair share of dumps. For six months as a teenager I lived in a

violent, alcoholic bloke’s cellar, and then for three years in a London squat. Actually it wasn’t

even a squat; it aspired to be a squat. Before moving in we had to clean the stairs with a

shovel; every window was broken by glue-sniffing lesbians (who lived there); and we had a dog

that liked to eat your socks them vomit them up as you had breakfast.

on the Holloway Road. There were no windows; every time you turned on the light maggots

crawled to safety; and the toilet didn’t have a door, just a block of wood your mate had to put in

urinate in empty cider bottles. After a year or so they began to mount up. The day I got the

took a deep draught then sprayed it everywhere. It seemed a good time to leave.
Mustn’t Grumble: Seeking Submissions Now...
Can you trump Mark Piggott’s tales of woe? Send your gripes, moans, whinges and lucky escapes to Home Defence at: [email protected]
THE JOYS OF MODERN LIVING
with Mark Liam Piggott
Home Defence UK
A Symptom of a Greater Malaise
MUSTN’T GRUMBLE #1
“Grumble”: noun
Def: pornographic materials such as magazines, internet sites or videos
ALL LIFESTYLE:
This month’s melancholy image:

Is modern life rubbish? Things getting you down? You aren’t alone. Luckily,

schadenfreude is rarely out of fashion, and what better way to cheer yourself up than

by reading about the dismal dates, beastly bedsits and medical traumas of your fellow

humans? Each update, Home Defence will be publishing a selection of your moans,

gripes and horror-stories in a bid to make you feel better about your life.
“Minor irritants” is the section where you regale the world with tales of botched operations, minor surgery, allergies and mishaps. In “Bitchy Head” you can reveal your worst ever boss. “Misery lines” is dedicated to finding the worst commute in the world; “dates from hell” is your chance to get your own back on that special someone who turned out to be a right royal bastard; and in “my crap flat” you can tell us about your filthy hovel – with pics.
‘Mustn’t grumble’ will also feature reviews of those books, movies, bands and plays that make you feel even worse about the world – neigh, multiverse - than you do already. So what have you got to lose? Tell the world about the futility of your existence and give us all a laugh, using any or all of the headings below, or inventing your own as appropriate. Our only ground rules are:

- No death or disease

- Nothing too gratuitously offensive

- No Vernon Kaye (too easy)
First up: HD contributor Mark Piggott on in-growing toenails, bonkers bosses and a cider / urine mix-up that even today leaves a nasty taste in his mouth... 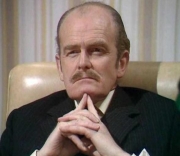 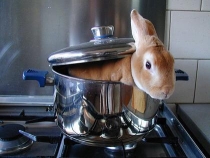 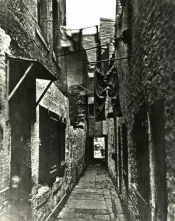 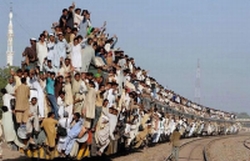