I call the decade just elapsed the zeroes, but there are other options (the ohs?

The two-thousands?) So where exactly did ‘The Noughties’ spring from? This phrase, one that

inspired an involuntary cringe every time I saw or heard it, seemed to completely permeate our

culture as time went by, so that an appellation hardly heard in 2000 came to be the

accepted term of reference by the end. I’m sorry, did I miss a memo? Is the general consensus

that we lived our lives like extras in an episode of The Benny Hill Show, or guests of Alan Carr

(“Oooh... naughty!”) for ten years? Yes, that was such a naughty decade wasn’t it? Almost

exactly like being in a Carry On film. War, starvation, terrorism, irreversible global warming,

abortion of a phrase without wanting to kill someone. See also this.
My Crap Flat
The slum landlord who owned the (massive, cheap, falling apart) abode I shared with Clint Panzerdivision
back in the day was really quite the character. The couple downstairs actually sued him in the end since,
rather than repair their increasingly life-threatening boiler, instead he would come round, whack it with a
hammer, then tell them it was fixed. Upstairs with us, aside from the crumbling structure, uneven floors,
windows that didn’t shut, and ability to see your breath indoors during harsher winters, the most charming
feature of this particular property was the amount of water that came in when it rained. To the extent Clint
eventually had to set up an internal drainage system in his room involving buckets and guttering. Despite
the best efforts of our landlord’s incompetent, gnomelike assistant, the pressure finally told and a square
foot of ceiling fell in one day while we were at work. I moved out shortly afterwards, and can only assume
the landlord himself is in prison now, or dead at the hands of a tenant.

You must have seen this in the more pretentious broadsheet magazines. Minor celebrities are asked

to name the guests they’d have over to eat if availability due to death, travel expenses and being

made up were no object. So you get mythical figures like Jesus selected if the celebs are big on

religion, poorly-imagined men and women from history they were told about at school (Winston

Churchill, Abraham Lincoln), royals to indicate some lingering sense of peasantry afflicting the

interviewee (generally Princes William or Harry, never Philip) or men and women whose

achievements reflect well on the hosts; people who possess impeccable liberal or humanitarian

nonagenarian so frail he probably has to be helped to the bathroom, can’t hear a word you’re saying

and could die at any moment, is going to make your evening of fine food and lively bonhomie a more

fulfilling experience. You haven’t really thought this through have you?
If asked, the guests at my dream dinner party would comprise the following:
Noam Chomsky
Genghis Khan
Syd Little
Rose West
Count Duckula
3 Prisoners of conscience, selected at random from the files of Amnesty International
The Queen Mother circa. 1960
Mohammed Atta
Adrian Chiles
Clint Panzerdivision
Just hope I’ve enough vol-au-vents to go round!
Books
D.H. Lawrence? Nothing but a hairy pixie’s sexual obsession spun out over endless overwrought pages wherein nothing happens at extraordinary length, described using language florid enough to somehow gain the critical consensus ‘poetic’ when ‘unreadable’

would be more accurate. It’s amazing Lawrence has endured at all, but that’s what you get for being dirty

before your time. No one would bat an eyelid at such turgid wankery nowadays. Or represent him for that

Special mention must also go to those writers who benefit from a kind of positive discrimination within the British publishing industry, a set-up that sees any author with a fascinatingly ‘exotic’ backstory get a book deal, regardless of whether they can actually string a sentence together (see the work of Diana Evans. Or rather, don’t).
Film
Thank Christ Ken Russell’s nearly dead, that’s all I can say. Still, to be fair to the
British film industry, at least they haven’t given him any money to make one of his
signature ‘historical reimaginings’ or ‘erotic odysseys’ for a while. The randy old
goat’s one positive attribute is his reliability. Whatever the plot, be it medieval
witch trials (The Devils) or a contemporary monster movie (The Lair of the White
Worm), he will always include a scene featuring naked nuns being crucified that
bears no relation to anything before or after. Indeed, his tale of the night Mary
Shelley wrote Frankenstein (Gothic) is quite literally the worst film I’ve ever seen.

And I’ve seen The Pope Must Die.

See also: Amelie. So sugary and predictable, showcasing one of film’s most insufferable heroines, I

could actually feel my teeth rotting in the cinema.

Music
I think it was that famous historical figure (and potential dinner party guest) Adolf Hitler who
said; the bigger the lie, the more people will believe it. I’m assuming this is the thesis
Kasabian’s record company used when they took out a series of adverts to claim “everyone
is saying West Ryder Pauper Lunatic Asylum is the album of the year 2009!” Of course
they are Kasabian’s record label, of course they are. Similarly, nobody goes to see
Kings of Leon because they fancy them, and N-Dubz will definitely contribute to the
groundbreaking innovation of modern pop this year. Definitely.
Dates From Hell
She lived nearby, had an IQ through the roof and seemed like fun to chat to, so we met up at a
local. The ‘date’ which followed comprised her describing how she’d never been the same
since sexist builders accidentally dropped a plate glass window on her, and now spent her days doing several things at once

because she was so smart (films, internet, books, scientific experiments for all I know – all accomplished

simultaneously). She then proceeded to bombard me with a barrage of apparently random questions so that I

came out of the pub feeling like I’d been briefly interred at Guantanamo.

Yet my experience pales in comparison with one friend who chatted with a guy on a dating site, met up, went

to shake his hand and found herself holding a stump. Being British (and likely in denial on his part), both parties carefully avoided mentioning this rather obvious absence for the rest of the evening. And so the non-existent hand sat there between them, the proverbial elephant in the room.
Bitchy Head
In recent months I’ve found myself working with the most annoying human being I’ve ever encountered in over
three decades on this planet. With a Scouse accent that causes my eardrums to swell up involuntarily, hair
that makes her look like Roland Rat, and the kind of blob-like physique that makes you wonder whether she
was ever vaguely human-shaped, this one’s got it all. But her looks, while revolting, aren’t the main problem.
No, this is the sort of woman whose personality could make the most devout Christian lose faith in a creator
God. Lazy, stupid, and possessed of the kind of low animal cunning that keeps her in lucrative employment
over a whole lifetime (despite only doing about thirty minutes work a day), this woman swallows every word the Daily Mail and celebrity magazines print whole, then proceeds to regurgitate it for hours on end to anyone who evinces a polite interest.
From what I can glean her only hobby is sitting in front of a television screen for six hours a day, watching high-quality programming like Hollyoaks (a show for which she’s at least thirty years out in terms of demographic), the later series of Big Brother, and pretty much anything that can be described as ‘lowest common denominator’. Because of her addiction she doesn’t get enough sleep and is usually unable to complete the simplest of tasks (booking a meeting room, sending an email). In fact, more than half her working day is spent either yawning, cackling, or on the phone to relatives talking about what was on TV last night.

Actually, I’ve just had an idea for a new reality show. It would be called ‘The Worst Woman In The World’

and feature some of the most objectionable examples of the fairer gender from around the globe. They

would then go head-to-head in a series of supervised challenges under the watchful eye of Ant and Dec.

Hear me out on this… <deleted>

At this point Al suffered a mild aneurysm and had to have a lie down. If you would like to feature in a

future column of Mustn’t Grumble, please contribute your experiences under the above categories or

invent others to express the more horrendous aspects of your time on the planet so far.

So things are bad? Lost your job? Wife left you for a lifeguard? Living in a ditch while

your dog goes down with dysentery again? Well, at least you’ve got your health, right?

comes on the radio, go into a seizure whenever that awful woman at work opens her gob, or seriously consider a cull of humanity after finding yourself in the queue at Primark, wondering if this isn’t just some awful-yet-reasonably-priced waking nightmare.
Welcome to the world of Home Defence creator Al Likilla. A man, if man be the word, whose character is formed mainly by annoyance and agitation, both at the world and his life in general. Things could be worse you know. You could have suffered the following experiences, all of them perennially frustrating aspects to Al’s existence. So read on, and feel the warm glow of there but for the grace of God go I, grateful you care so little for everything that gets Al’s goat. By the end you’ll understand there is little cause for complaint. Mustn’t grumble… 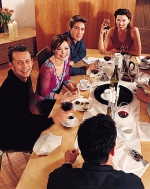 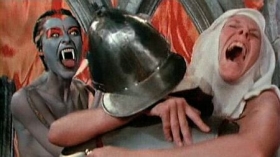 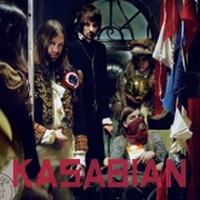 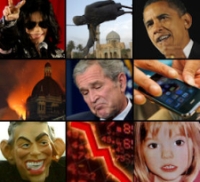