LIFESTYLE
with Al Likilla
Home Defence UK
A Symptom of a Greater Malaise
The HDUK 2014 Lifestyle Preview!
ALL LIFESTYLE:

With relentless inevitability another year is upon us, and as we wave goodbye to a 2013 defined by facial

in the year of our lord, 2014? Here at HDUK HQ, we’ve surfed the forthcoming movements to provide you

with scuttlebutt on those cultural phenomena that will keep us excited, energised, entertained and
ennui-laden over the following twelve monthlets…

2013 went down in history as the year of the mountain-man beard, with the ability to grow facial hair becoming the yardstick

for self-worth among young men, replacing outdated elements such as talent, intelligence, personality, being employed,

contributing to society or having much of anything to say. So feted and fashionable did beards become,

teenage girls took down their posters of Ryan Gosling and One Direction, to replace them with framed

pictures of Jeremy Paxman, Tim Holehouse or BBC naturalist David Bellamy, all staring down from above

their beds. Meanwhile, in the easily-led hipster hotbeds of Dalston and Shoreditch, the clean shaven were

conform, responding by growing their own facial fuzz, accessorised with bright red lipstick and a bowler

hat. But fashions change like the weather for those with trust funds and no core identity, so 2014

promises to see bushy chins disappear, replaced with massive sideboards of the kind worn by military

men in the Napoleonic campaign or hirsute Victorian husbands. These ‘chops will often be dyed grey and

displayed with a never-to-be-smoked pipe or tweed cap for that extra level of cuntiness.
Anti-Gay Sentiment
Last year it was immigrants, the poor, and anyone who didn’t work as hard as the proverbial hardworking hardworkers. Such groups were
blamed for everything from the slowness of our economic recovery to the increased preponderance of nasty-looking spiders across the

British Isles. But in the wake of Australia repealing gay marriage, India and Uganda re-criminalising

pupils that gay acts, whether on themselves or with another, will send their immortal souls straight to

hell. Couple this with a desperate need for scapegoats in the face of falling unemployment and Brits

to evoking the extreme weather of a vengeful deity. While many right-wingers will be pleased at the

return of a hatred they understand, some pundits are expected to condemn this realignment of the

public’s collective intolerance. They will go on to cite reduced ticket sales for Elton John concerts and a desperate shortage of

celebrities willing to appear on Graham Norton as symptoms of a disappearing pink pound, while Tom Daley is likely to have paint,

eggs and offensive epithets thrown at him on a daily basis if he remains in the country.
Babies
Anyone who didn’t have one last year will almost certainly have a least two this, if not three or four. Endeavouring to
keep the UK’s birth rate above the dwindling likes of Japan or Singapore, the coalition is expected to announce tax
breaks for newborns and persuasive advertising campaigns, aimed at enticing the upper middle classes to have sex for
the good of the nation (unlike the lower classes, who will be urged not to copulate at all)

The foodie revolution stalled because of pennilessness and people having no idea what they were eating half the time. But with millions of

families living on a grocery budget of less than £20 a week, the year’s big eating trend promises to be a cross between ‘Man Vs Food’ and

scavenging whatever you can from industrial kitchen bins. Last year Brits discovered how unwise it was to ask exactly what went into their

20p burgers or £1 jars of hot dogs, because it wasn’t the abattoir scrapings of farmyard animals as we expected. In 2014 scroungers who

make the mistake of not being born into money are likely to leave their snobbery behind and actively seek out horsemeat, reprocessed offal

and other unmentionables, marketed directly at them; dirt-cheap and with ingredients in tiny type which include sawdust, ground-up bone and

actual faeces. Meanwhile, any class tourists or drunk rich blokes who accidentally consume this “unpretentious” substitute for food will

appear brave, hardy souls. Because if it was bad for us the government wouldn’t let this stuff be sold in the first place,

right?
The World Cup
The greatest sporting event in the known universe returns in a cavalcade of Brazilian sunshine, samba and Sepp Blatter worship. Can England
do it? Can we win the greatest soccer trophy for the first time in forty-eight years?
No. No, we can’t.

Forget all that ‘designer’ nonsense. Taking something you’ve never heard of will only lead to the chemical equivalent of a herbal high or

chewing someone’s face off, something that’s frowned upon, even at the most liberal dinner parties. This year dedicated hedonists

everywhere will eschew recent favourites such as MDMA, ‘meow meow’ or the crack pipe, preferring to

embrace cosy, household name drugs that once featured in movie lives from that ever-fashionable

decade – the seventies. Thanks to Nigella, who last year proved victims of domestic violence can’t

expect sympathy if they’ve ever ingested an illegal substance, ‘the Gak’ is our leading candidate for

resurgence, with cocaine the buzzword on everybody’s lips and quite a few nostrils too. But don’t miss

out on the more obscure revivals, such as Quaaludes, Valium and young women in housedresses

baking cupcakes at great speed while off their faces on 1950s ‘diet pills’ (amphetamine).
The Nu Wave of Nu Metal
Music now, and I can confidently predict the young who got into Fleetwood Mac to upset punk rock parents will abandon AOR, along with all that synth nonsense, to express a tidal wave of love for bands who broke new ground fifteen years ago. Tattooed men with big guitar riffs and baggy
tracksuit bottoms who sort-of-rap over processed crunchiness will reform; US acts ripe for rediscovery like Korn, Limp Bizkit and
Puddle of Mudd. Our home-grown musicians won’t be forgotten either, many of them having been sadly underappreciated in recent
years. Like Lostprophets say. Their records seem quite cheap these days, and their pioneering musicianship is all-but absent
from the airwaves. Let me just check what the lads are up to…. oh.

Finally, we come to the place to be seen in 2014, as more and more fashonistas flock to

do their bit, becoming part of that rising ‘sackcloth n’ ashes chic’ all the style magazines are

wittering on about. Expect to see everyone from Secret Millionaires to X-Factor runners-up to Kate Middleton hanging out in these

chicly philanthropic destinations. Celebrities love to appear in food bank promo shoots, next to the malnourished and emaciated

like that destitute mother who only came in for a can of beans because her kid hadn’t eaten since the weekend, and the last thing

she expected was fucking Joey Essex poncing about looking to get in Hello. And so, as more and more repositories open to

cope with demand, and private companies find themselves invited to help with their efficient running, we can expect to see those

paparazzi who once hung around exclusive nightclubs and rehab clinics switch their focus to food banks, hoping to get a shot of

because supplies have run out. Again. 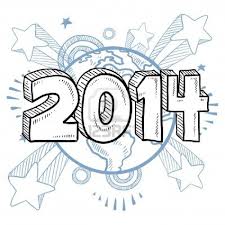 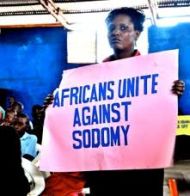 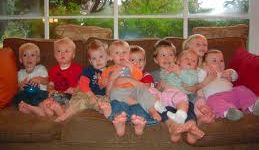 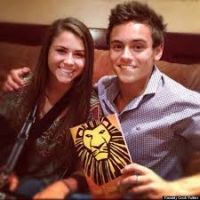 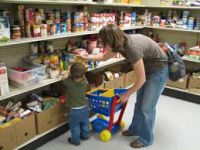 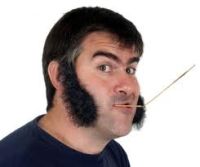 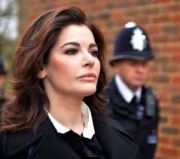 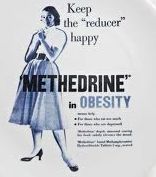