LOCAL NEWS
with Al Likilla
Home Defence UK
A Symptom of a Greater Malaise
'Cannabis Factory' Turns Out to be Two Crappy Plants on a Window Sill
27/05/14
ALL LOCAL NEWS:

To south-west London, where today a minor kitchen fire in a local public house has led to immense

repercussions for the surrounding community and drug users citywide, according to local paper the

“You’ll never believe what the authorities found when they finally got in there!” Wilhimena

Funded-Rucki, a junior reporter on the paper, told Home Defence breathlessly when we caught up
with her at the scene of the conflagration. “Turns out this blaze in ‘The Moist Archbishop’ gastropub was originally down to an unattended chip pan, as 99% of them are in this neighbourhood. The interesting part came when the police arrived and demanded access to the residential properties located above its ‘snug’ bar.”

“When the landlord let them in to this series of linked rooms, the officers were amazed by what they uncovered – an illegal drugs operation on an

Miss Funded-Rucki (left) then ran off to find out more about her ‘scoop’, hoping to talk with those who'd seen the drug production line with their own

eyes. She was last seen cosying up to some hunky firemen who were gazing up at the charred walls of the

fire-damaged building with bored expressions.
The following day the Wandsworth Gazette went front page with the story, illustrating its coup with a photograph of hundreds of
marijuana plants, all stored in a custom-built greenhouse and flourishing under hydroponic lights. Adjacent to this picture the
headline ‘Residents’ Shock at Cannabis Factory in their Midst’, was expanded upon with text from the excitable Funded-Rucki,
a story that depicted the accidental discovery as a Pablo Escobar-scale operation; fuelling the illegal ‘dope’ trade across southern
England and possibly even branching into international waters.
Many of those subsequently vox-popped across SW18 by the journalist were seen to be under the impression that using the word
‘factory’ meant a well-oiled operation producing tonnes of illicit drugs with a street value of many millions. From the quotes provided it appears clear that residents were labouring under the misapprehension this ‘factory’ was staffed by a shadowy workforce, possibly illegal Chinese immigrants or even triads, working in horrendous conditions for eighteen hour shifts at a time to meet strict monthly quotas.

But a more likely situation was described by the desk sergeant at the Wandsworth base of the Metropolitan force. Once an actual police

station, this branch is now more of a counter, operating as it does from a nearby outlet of Tesco Metro. Indeed, the police have here been

combined with the high street Post Office, the officers manning it now selling stamps, counting out pensions and advising non-English

speakers on how to get their passports renewed.

The officer on the desk, one Sergeant Clusky Petersfield (left), told Home Defence that, far from a professional set-up, what they found in

the upstairs room of The Moist Archibishop turned out to be; “just one of those things we come across a dozen times each week” and

that, unlike the planned raids that occur when serious criminals are identified (or because the Met “want to bum out a bunch of stoners"

by kicking their door in), this particular set-up displayed little more than rank amateurism.
The Sergeant’s take on this crime was confirmed by an associate of the rented room’s inhabitant. Hup Goonie had been over to visit his friend, known locally as ‘Steve’, a number of times over the past few months. He told us:
“To say it was a ‘factory’ is an insult to the word. The only factory Steve’s place reminded me of was one of those places in Bangladesh
that hasn’t been built properly and collapses on the local women sewing Primark clothes for thruppence a day.”
Mr Goonie, whose white-face and bloodshot eyes proved somewhat unnerving, then suffered a brief period of wavering focus. Fortunately,
after he ate a bag of Scampi Fries the twenty-something was in a fit state to continue:
“What happened was, Steve got a bunch of seeds online and planted them in pots of earth up on his window ledge. He can’t have done
it very well though, only two of the plants came up. But he put them in sunlight and the things looked like they were doing okay, for a
while at least.”

“Steve thought he was some kind of green-fingered big shot for a few days there.” Goonie (left) went on, giggling effeminately. “But when

we smoked it all I got was a headache. That was proper skankweed he had there, if ever I’ve tasted it.”

“He'd probably been meaning to throw the plants out but never got round to it. Or maybe he was keeping them for company - they were

the only things alive in there, aside from the bedbugs.” Hup asserted. “Steve’s always been a bit rubbish – I don’t think he’d even been

watering them, not from the state of the plants the last time I went round. On the positive side, the episode has

taught me a lot about the power of our local media. If the paper can call two straggly plants a ‘drug farm’ what

else are they lying about? Maybe the government’s economic plan isn’t working after all. Suddenly I don’t know

what to believe.”
“Still, Steve can now put ‘factory owner’ on his CV the next time the authorities force him to apply for a job.” Mr Goonie mused. “That’s
something I suppose.”
As Home Defence was going to press, the Wandsworth media and local authorities were unsure as to the whereabouts of this newly-notorious
drug lord, although someone on Facebook was suggesting Steve had “gone back to live with his parents, until the heat dies down”. Those in the
know see this as a wise move on the part of the budding drug kingpin, since possession of multiple marijuana plants is an offence that could
bring a three-figure fine, which Steve won’t be able to pay, knowing him. 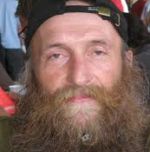 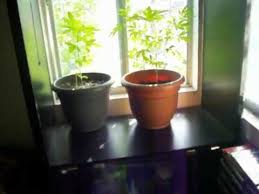